Novel Updates
RegisterLogin
Theme
Search
Your changes has been saved.
Previous Life was Sword Emperor. This Life is Trash Prince. 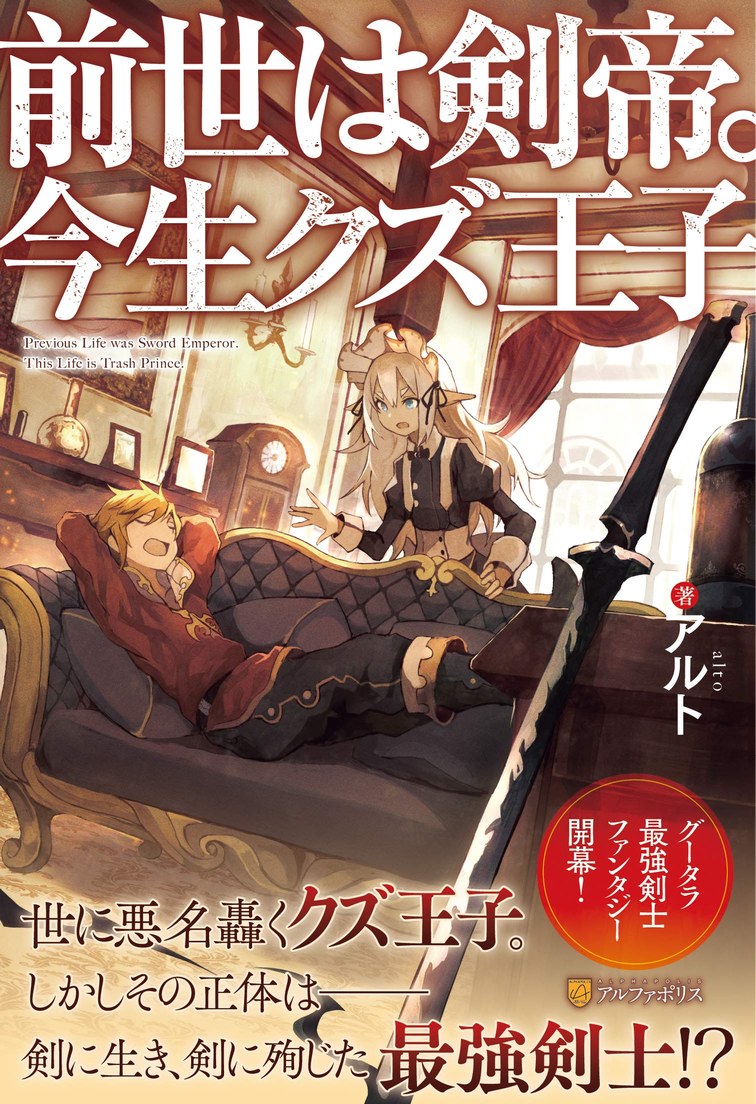 One entry per line
Alto
アルト

Status in Country of Origin. One entry per line
3 Volumes (Ongoing)

After days and months of battle, the swordsman chose death by his own free will, but was reborn as Fay Hanse Diestburg, the third prince of the kingdom of Diestburg.

Wanting to distance himself from his past life where he lived as if possessed by the sword, Fay decided to just lead a life of a wastrel, earning the nickname: “Trash Prince”.

However, one day, because of a pact with the neighboring kingdom’s Afillis royal house, Fay is sent to war, leading reinforcement troops. On the battlefield, Fay witnesses a scene of despair, as the “Hero”, an existence possessing power rivaling tens of thousands, ravaged the battlefield.

Fay considered returning to the kingdom, but a certain knight’s death manages to shake his heart, thus he decided to wield the sword once again — the legend of the strongest lazy prince begins!

The Lazy Swordmaster (2)
Trash of the Count’s Family (1)

These are recommendation lists which contains Previous Life was Sword Emperor. This Life is Trash Prince.. You should give them a visit if you're looking for similar novels to read. Alternatively, you can also create your own list.
More Lists >>>

just give it a try. It is worthy of your time. The author really knows how to create a proper MC with past and present. He knows how to create a proper character with the mindset that he was created with. This world is created properly and the story progress properly and even the side characters have personality unlike most novel being some random for the MC to go on along the storyline
2 Likes · Like Permalink | Report

Absolutely beautiful, I always look forward to the new chapter of this story because it is just that damn good! I like the potential romance, but even if that doesn't come into fruition it is still a nice little subplot. His past life is very mysterious and cool with a heavy tie to his current one due to what he saw what wielding a sword meant. This is one great MC and probably will be a badass one (I think he is badass even before his fighting). I can see that this novel... more>> has a monstrous amount of potential and am hyped to see what comes up next. <<less
1 Likes · Like Permalink | Report

Waiting for his meeting with the hero to really give a proper rating. But I gotta say, it's the first one in a while that I have high expectations of. The pacing might seem slow for some people but I don't mind it. The description is misleading (or I have trouble reading), the scene of despair has no impact on him picking up the sword again
3 Likes · Like Permalink | Report
Leave a Review (Guidelines)
You must be logged in to rate and post a review. Register an account to get started.

This time… Let's try not getting...