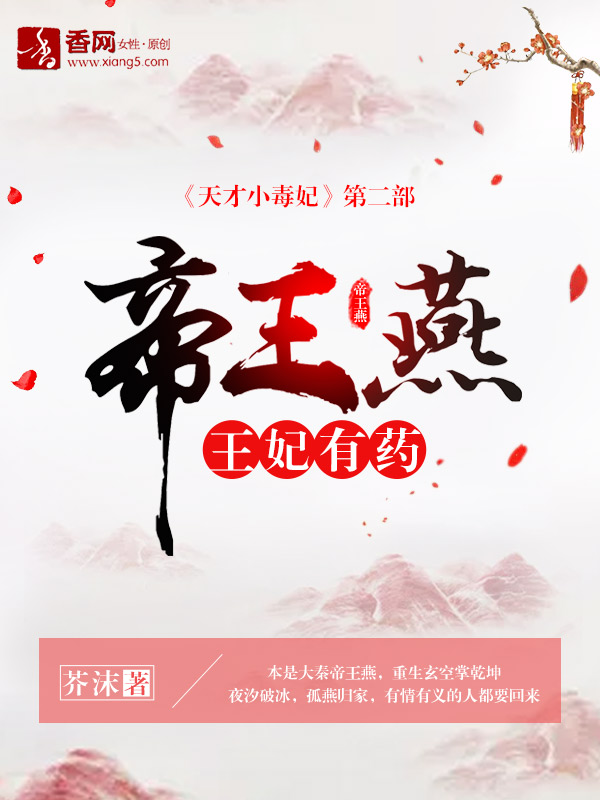 Status in Country of Origin. One entry per line
1099 Chapters (Complete)

She was a peerless genius in the way of medicine, holding the Medicine King Cauldron in her hand.

Once she transmigrated, she became a lowly little medicine s*ave in dispensary.

Physicians made her life difficult, princesses humiliated her, even her fiancé came knocking on her door to break off the engagement?

However, she had the cauldron in her hand; the top-notch medicinal herb was in her hands. She stole rare and precious herbs, punished the slanderous, plotted against the petty, treated the Emperor’s sickness, and saved the Crown Prince.

Then, the imperial edict turned the medicine s*ave to a concubine and received endless doting. It was unbreakable. Wait… didn’t Prince Jun, who wielded great power in the imperial court, say she was a a detestable individual?

As the saying goes, the concubine was good in the way of medicine.

Clear and Muddy Loss of Love (2)
Rebirth of the Tyrant’s Pet: Regent Prince is too Fierce (2)
Female General And Eldest Princess (2)
History’s Strongest Husband (1)
The Distinguished Cute Master (1)
Doomed to be Cannon Fodder (1)

These are recommendation lists which contains Poison Genius Consort 2: Emperor’s Swallow. You should give them a visit if you're looking for similar novels to read. Alternatively, you can also create your own list.
More Lists >>>

I have been suffering through MTL for the past couple of weeks to read this sequel. And it definitely didn't disappoint me! My advice to anyone curious about this story is that you should first read it's prequel: PGC. Otherwise you won't understand what the story is about. The real identity of the lead couple is: ... more>>
Spoiler

[collapse]
Both of them suffer from amnesia at the beginning of the plot. Jun Jiuchen falls in love with Gu feiyan first and deceives her into marriage. It's quite funny at the first, since he interacts with her with two identities; as the duke of Jing who she percieves as her male god and an existance superior and nobler to everyone else, and the assassin who she nicknamed Stinky ice who is for her a hoodlum, stalker and a rogue??? The funny thing is she falls for both of the personalities without knowing that they are the same person. Later on, and just like it's prequel we witness the love of many side characters:
Spoiler

Tang Jing: Her real name is Tang hong duo, daughter of Tang Li and Ning Jing with the general of Sky Flame country Cheng Yifei which starts (their love story) with them sleeping together after getting drunk, and him insisting on taking responsibility while she runs away.

Qing Duoduo: her real name is Jin Ling Er, daughter of Mu Ling Er and Jin something (Not clear about his name because of MTL) the heir to the Ling family with Mu Ran. They both hated each other in the beginning but later on they fell for each other.

[collapse]
There are also many mysterious characters and new mystical powers that will affect our heroes:
Spoiler

The first two will help our main couple, the last two are the main villains especially Li Qin, I'm telling you that bit*h is crazy.

A big spoiler about those four characters:

They have all lived for a thousand year.

If you train your Qi to the ninth grade your body becomes that of an immortal. However because of what happened at the ice sea, the Qi power disappeared which made the bodies of mainly palace master Zhuoyun and Li Qin to start aging quickly and their death to become closer. The other two didn't get an immortal body through Qi cultivation so it didn't affect them.

The mystical and heavenly powers are:

The devouring/emotion power: which Long Feiye and his son Xuanyuan Rui have.

The phoenix power: which Han Yunxi and her daughter Xuanyuan Yan have.

The Qing Ming power: which Jun Jiuchen have.

There is also a fourfth one wich I didn't really understand because of MTL but I think it's called Bloody power: which Baili Mingchuan have.

[collapse]
There are many characters that are in love with our FL and aren't useless and also help her a lot:
Spoiler

Baili Mingchuan: descendant of the jade dragon (mermaid) clan, and disciple of Gu Qishao, however his master nevrr told him about Great Qin or their mission. He was the first villain and later on in the story he helps our FL.

Qin Mo: Who our FL helps escape from a special prison, that takes hold of every generation of disciples of grandma Mu who is the greatest painter in the continent. He then pledges alliance to her and becomes her guard and later on falls for her, however he hides his feelings and keep serving her.

Cheng Yifei: General of Sky Flame country, however she rejects him and then she marries Jun Jiuchen. However he stays loyal to Kun Jiuchen. He then falls for and marries Tang Jing.

Mu Qingwu: He has two hidden identities; City lord Bai, Great general Wu. But once he recognise the FL as the daughter of Han Yunxi he allies himself with them.

Long Tianmo: Who becomes a contracted assassin. He too allies with the FL the same as Mu Qingwu.

Too complicated ! Too unbelievable ! Too low in originality and quality of the story. The author should have stop herself to PGC, write some extras or a sequel with more simple identities. Just how many characters has 2 or 3 identities and the issues are crazier and worst than PGC with no taste. This novel is tiring if you are a fan of PGC. I tried it because I wished to see the lead of PGC out of their prison glace and to see what's happened to their country but I... more>> dropped out because it's exhausting. I prefer to read something new, fresh and good. This novel killed my nostalgia for PGC. <<less
3 Likes · Like Permalink | Report

Edit: It's been awhile since the last update, I guess the translator didn't see the need to translate seeing how there's a MTL version floating around. Apparently this isn't the prequel but a sequel to PGC???? Uhh did I read wrongly or did someone changed the tag?
——
I'm such a mega fan of PGC. It's one of those books that made me want to brush up on my subpar Chinese to binge read the raws. I'm beyond excited that the prequel is being translated!! I have so many questions,... more>> like how is our FL related to the MCs of PGC (mother of Gu Beiyue?) as it's not explicitly revealed yet but I guess I will find out when I read on. PGC is set post war between the West Qin and East Qin dynasty. And now we get to see what happened exactly that led to this war! I have faith that it's gonna be one hell of a crazy awesome and romantic journey. So far our FL's personality is v feisty and she is
Spoiler

a reincarnated? Soul, this needs more clarification. Atm I'm pretty shocked as I didn't expect the prequel to also have a reincarnated FL like in PGC.

[collapse]
I see that the story is still ongoing at 1k chaps now, praying hard that this project will be completed till the end! Huge thanks to wordexcept!! <<less

Tricked Into A NewLife, God Must...