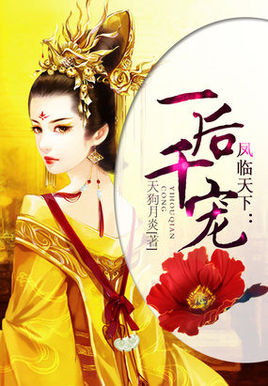 Status in Country of Origin. One entry per line
1145 Chapters (Complete)

The Maritime Queen has arrived. Losers get out of the way! Father and brother ruined, mother dead in vain, family fortune stolen. Crossing over from another world, Ling Qingyu swore to the heavens: you will return all that you have taken from me! She relies on her talent, knowledge and tremendous courage to build a merchant empire step by step. By coincidence, she attracts many talented, handsome men to her flag: traveling abroad requires a loyal and cold-blooded killer, a gentle general who sweeps through thousands, a peerless and free-spirited scholar…

The Captivating Crown Prince (3)
Ghost Marriage, the Abandoned Wife Has Three Treasures (3)
Blood-Sucking Empress (2)
Wife, You Can’t Run After Eating (2)
The Corpse Ruler Confuses the World, All Seven Husbands Are Devils (1)
Doomed to be Cannon Fodder (1)

These are recommendation lists which contains Phoenix Descends – Queen with a Thousand Pets. You should give them a visit if you're looking for similar novels to read. Alternatively, you can also create your own list.
More Lists >>>

Here’s a thing, as much as I love polyandry, I love my Country more. Like girl, WHAT? You made MY country your Colony? ? And the part she colonized was the only Region that wasn’t truly colonized, Mindanao. Slllluuuuuuttt you dream too much the author does his/her research poorly. That thing aside, it’s not bad. It’s a bit jumbled up considering I’m reading raws. Also, if you think that DKC is Fast. Lol, this is 20x too fast considering it has 1000+ chapters. I had to check what chapter I am... more>> all the time because it’s too damned fast. Other than those, it’s QUITE nice?? <<less
11 Likes · Like Permalink | Report

This story is... weird. I have a confession: there’s something about semi-realistic people, especially women, on the covers of novels that rubs me the wrong way and sends me running. I don’t know why, they just do. Still, something about this novel inspired me to read the first chapter. Then the next. And the next. At its heart, it’s a fun, silly story about a woman who transmigrates to an alternate Earth, but it does deal with a lot of dark stuff, ... more>>
Spoiler

including attempted r*pe, although not of the MC.

At first I thought that the only fantastical elements to this story were the transmigration itself, but slowly other elements start creeping in, until it’s full blown Chinese style fantasy. What’s especially strange is that the MC, who should be from our reality, not only takes the strangeness in stride, but also seems to know more about it than her companions.

To be frank, the story worked better without the fantasy, which is why I knocked a star off. But I’ll still read it, as it is entertaining.

"family fortune stolen. Crossing over from another world, Ling Qingyu swore to the heavens: you will return all that you have taken from me!" So the your family fortune was stolen and that's the "heavens" fault? Well you wouldn't have a family fortune in the first place if you hadn't been born into a rich family, so thank th heavens for that. "By coincidence, she attracts many talented, handsome men to her flag: traveling abroad requires a loyal and cold-blooded killer, a gentle general who sweeps through thousands, a peerless and free-spirited... more>> scholar... " Ok, so essentially fap material for girls <<less
4 Likes · Like Permalink | Report

It start really really good. And fML getting another pet after pet and those cute poor mls die one after another and she acting as it not her problem and acting innocent all the time. I like storyline but later I am sick of her. Ohhh I love only this ML after another die she finally realised I love this one as well.
Brain damage fml. Keep dragging and no improvement to herself.
1 Likes · Like Permalink | Report

I have MTL this story and it is good, truly. I meant IT was Like 2 Years ago but it is still on my mind. Honestly, if you want powerful, action oriented, business woman then it is for you. It has over 1000 chapters, so it was long road. Someone spoiled that ML characters will die. ... more>>
Spoiler

They will, one after another and this will annoy you so much (perhaps not, if you don't like particular ML), that's why I gave it 4 stars, but don't worry! It is very important plot point.

Personnaly I hate FL in one moment of story when she was hating the little one (I don't remember his name after 2 years, but he was after General ML my personally favorite ML. You know, this one which she saved from street and now she loves as her own child, don't t worry until 500 chapter he will be legal adult, I think...), honestly I think this was s*upid, because he wanted to help his family and FL knew about it and agreed, but he was betrayed too and in the end, she blamed him for this though he was like 13 y.o.

Like why?! You loved him and taken cared for him so much and now you despise him so much you can't look at him for thing That was beyond him. It was soo annoying.

And additional spoiler!!!!!!!!!!!!!!!!! She hated him for his family thing killing the assassin (you know the one) who was her first husband and lover. I kinda get it she loved him very much, but still opponent is young teenager boy who did not know anything about it and admired and loved her so much that he was able to repetant his whole life!

I mean she couldn't look at him so much that he had to protect her in hiding. I know this is FBI moment because he was a Child, but she did not touch him until he was adult (or about 17-18?) that was able do anything for her, even make her Empress in her revenge driven mind (I dislike revenge trope, but it was included, soo). She will understand her love for him and his loyalty and love only after his death I think or maybe a little earlier... I have forgotten. I was sooo annoying X2.

[collapse]
The story is made of 2 main Parts, one half is about 500 chapters, after That comes second part.
Spoiler

In the second part they all will come to the future with Female lead that will die as Empress in past. They started with the moment when FL transmigrated and returned in the same moment the novel started.

She will love them nearly equally, some of them more, some of them less. This point of story will be great too, you can see that author, couldn't wait to start write this part of story. In this moment we will see how ancient people see modern world and try to live in it. I remind you all that loves reverse harem that she will have all of her past lovers with herself, plus later some more.

[collapse]
It doesn't deserve 1 even 2 stars! It Has character growth, true love, even if there is some parts of Mary Sue I personally despise and some s*upid plot points it still gave me refreshing and truly non cliche feelings! And I hate cliche and weak womens type of story. Here women are strong! So please someone translate again this story, because I'm still waiting after such time to get again such feelings! And about spoilers I have MTL story 2 years ago, don't forget it and english is not my first language, so maybe I could've made mistakes somewhere there but when I read the story it made a sense do I recon that they are true... <<less
0 Likes · Like Permalink | Report
Advertisements
Leave a Review (Guidelines)
You must be logged in to rate and post a review. Register an account to get started.

Dark Moon : Rise of The...
Advertisements