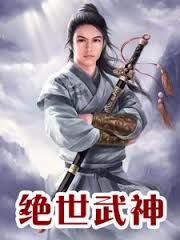 Status in Country of Origin. One entry per line
2500 Chapters (Completed)

One entry per line
Zhulang

Lin Feng was a diligent and hard-working person. He studied hard, did his best to make his family proud, and not get into trouble, but when he saw a girl being taken advantage of, he had to intervene. Being tricked, he was sentenced to 10 years in jail due to being framed for a crime he had never committed, losing everything. Before his life was over, he would first take those who ruined his life with him.

Suddenly, he opened his eyes. Instead of dying, he woke up in the body of a different world’s Lin Fen, alive. This other Lin Feng had been killed as he was tr*sh at cultivation. This world was one where the strong had no regard for human life, killing freely if they had the strength. Called “tr*sh” and thrown away, he will rise to new heights, going against heaven and earth’s will.

“Do not judge others ignorantly within my presence.

Those who think of harming someone should be ready to be harmed.

Those who are open and respectful shall receive my kindness and respect.

Those who plot against me are seeking their own death.

These are recommendation lists which contains Peerless Martial God. You should give them a visit if you're looking for similar novels to read. Alternatively, you can also create your own list.
More Lists >>>

A decent novel. Of course the start about 100 chapters or so is a little cringy with the MC being labelled "tr*sh" and how he has to fight back. But as the story progresses you find the plot progressing and turning into a good read. Keeps you occupied and entertained. Is what I thought.... 2500 chapters later I am extremely pissed. Too many cringe worth fillers, the ending felt rushed. Just when it started getting interesting with the plots, author lost interest. You can say looking at the writing flow. The... more>> action and main villain popped out to be so lame... ugghh... Ending was wrapped up in a single chapter like how BTTH was completed too where he picks up all the girls he left over the place. Best part... there's still PMG 2.0 coming up. Hell no way I'm wasting time on that. Like they say, Once bitten twice shy. <<less
0 Likes · Like Permalink | Report

Honestly its amazing series, yes the main character is ruthless but his enemies are even worse. They try to provoke him for the s*upidest reasons so they deserve getting rekt. Around ch 400 it gets alot more interesting as the main character becomes op af and starts to battle people as op as him in a tournament.
0 Likes · Like Permalink | Report

As usual the Chinese authors seem to disagreed character development or emotion besides pointless fighting. Though this novel has something that makes it truly flair even with it's poor delivery, which is that it has an purpose. The main character wishes to change how people think "week devour the strong" which is a great idea if the author hadn't forgot about along the way.
0 Likes · Like Permalink | Report

Good series. As always, a weak to strong xanxia plot, but well written.
The romance scenes are kinda odd, for I do not know if the MC will end up with the two girls highlighted so far, or not.
0 Likes · Like Permalink | Report

Somewhere along the way, the author kind of just lost his sense of the plot direction with senseless battles which have led to the story stagnating. There has been no story progression for the past hundred chapters. It's not like he's even fighting against stronger and stronger opponents. It's just cannon fodder after cannon fodder that keeps appearing with none the wiser. What started off as a promising character background and plot has quickly change to disappointment. There are many critical plot points that are written in that have gone... more>> unresolved where continuing down any of these plot lines would have made for a better story then what this novel has become. And there's nothing redeeming or likable about the MC. He's become just as condescending, petty and heavy handed as those young masters that he constantly find himself in conflict with. There's no right or wrong; it's just might makes right. Many times, we find the MC looking for trouble and forcing other people into humiliating or compromising situations where they have to fight him. It's just kind of dumb at this point. <<less
0 Likes · Like Permalink | Report

Well PMG is the reincarnation story of a youth named Lin Feng. The beginning of teh story was quite good and it had a lot of potential, but slowly the quality of the story decreased and became quite predictable. The fights are very intresting but they have a lot of Deus Ex-machina moments, the novel has tried to copy other novels which happens many-a-times now a days. There are a lot of characters in this story and they are either forgotten or killed by the author other than MC and his... more>> ppl. Even some of Lin Feng’s friends are forgetter. If you are looking for a favourite xianxia in which you discuss latest chapters and spoilers, sort you have come to the wrong place. This is a light read kind of book and do no try and apply logic to fill the gigantic plot holes it has, coz that would be a waste of time. <<less
0 Likes · Like Permalink | Report

So at first this novel is so promising, typical weak to strong MC. But lately the formula is repeated too many times, woah the thugs so strong, MC must be die then, fighting scene, the crowds being awed by MC power, the thugs dies (or the enemies is too strong! MC's strong friend lend their hand), happy ending.
0 Likes · Like Permalink | Report

Starts off slow and very vague and unclear, but if you bear with it for the first 50 chapters then it becomes a pretty good and interesting read
0 Likes · Like Permalink | Report

Its not a bad series, however it does suffer from a few things: -All over the place, the story moves fast in all the wrong directions. There are too many storylines that jump all over the place and it becomes a little unbelievable. -MC isn’t necessarily likeable. The MC is arrogant who almost seems like he is waiting for plot armor and people that back him to allow him to be arrogant. He makes no effort to be rewarded that plot armor and hasn’t spent time building up the support to allow... more>> him to arrogant. He is given these things without much thought. -Likewise, he is given romances without actually working for it. There really isn’t too much of a buildup in these different relationships that he has. I actually enjoy harems and this one is one of the few that doesn’t do anything for me. -There is a lot of fighting, but doesn’t go into really the details of the fight so even if you enjoy fighting novels, this only skims the surface of your fetish. All in all, its simply just average. I’m still reading it however, but only at large blocks at a time. If you got nothing else to read, this isn’t a terrible way to pass some time. <<less
0 Likes · Like Permalink | Report

There’s a lot of mixed reviews either you love it or you hate it here’s my two cent; the MC is bullied and later turned genius, takes revenge on those that bullied him all the while looking for his roots. That’s basically the premise of the story not much dept in the story however you do get to enjoy the adventure he’s on struggling in society against adversity in both school and home. His allies follow him through thick and thin while he cripple or kills his enemies.
0 Likes · Like Permalink | Report

This is one of your typical xianxia, where th MC is constantly underestimated and tr*sh talked, leading to the MC beating said tr*sh talker up. Although many xianxia are also like this, this novel takes the arrogance to a whole new level.
0 Likes · Like Permalink | Report

Great Read... Initially it started slow then got really good but later the plot got repeated again again but not really boring.... Now present Arc is really really good and MC has become much more matured... I like how story changing MC personally where he should be ruthless where he should not
0 Likes · Like Permalink | Report

i really like this series in the early 100th chapter, but when MC argument with a lot of enemy and when logic win to MC. A lot of people died get attacked from enemy, this plot I read it twice. And when skip to chapter 200, this plot appear again. it’s really strange or maybe dark, to much dark tragedy in this story. An author not give any satisfaction or relief maybe with revenge for our MC
0 Likes · Like Permalink | Report

It's entertaining. But the problem is that the plot gets repetitive. An enemy provokes MC thinking he/she is more powerful and when MC defeats him, there will be a repetitive dialogue like " you provoke me, it's okay, and I beat you up, it's not okay " and so. Pretty interesting when you first read it, but gets boring as you go on.
0 Likes · Like Permalink | Report

So lately (chapter 150+) Lin Feng has been a sh*t magnet is it just me or is the author pushing conflict every 5 words just so that the story feels like it has plot? Is it just me? I mean the story should already be covered plot wise with our MC training to get his revenge or learning his background or learning the strong ice girl's background or looking for his father and probably mother too, somehow it feels like the author is pushing conflict with a bunch of villain... more>> one after another when there is no need. <<less
0 Likes · Like Permalink | Report

Your typical cultivate and face stronger enemies type of series. Great nonetheless and I would gladly recommend.
0 Likes · Like Permalink | Report

I actually enjoy this series, even with a very, very familiar plot... If you seek action, a few jokes every so often and a main character who will offer mercy sometimes... Even though he's ruthless. Confused yet? Prepare for an adventure for this series is actually fairly good.
0 Likes · Like Permalink | Report
« Previous 1 … 7 8 9
Advertisements
Leave a Review (Guidelines)
You must be logged in to rate and post a review. Register an account to get started.