Novel Updates
RegisterLogin
Theme
Search
Your changes has been saved.
Advertisements
Pampered by the Escape Boss 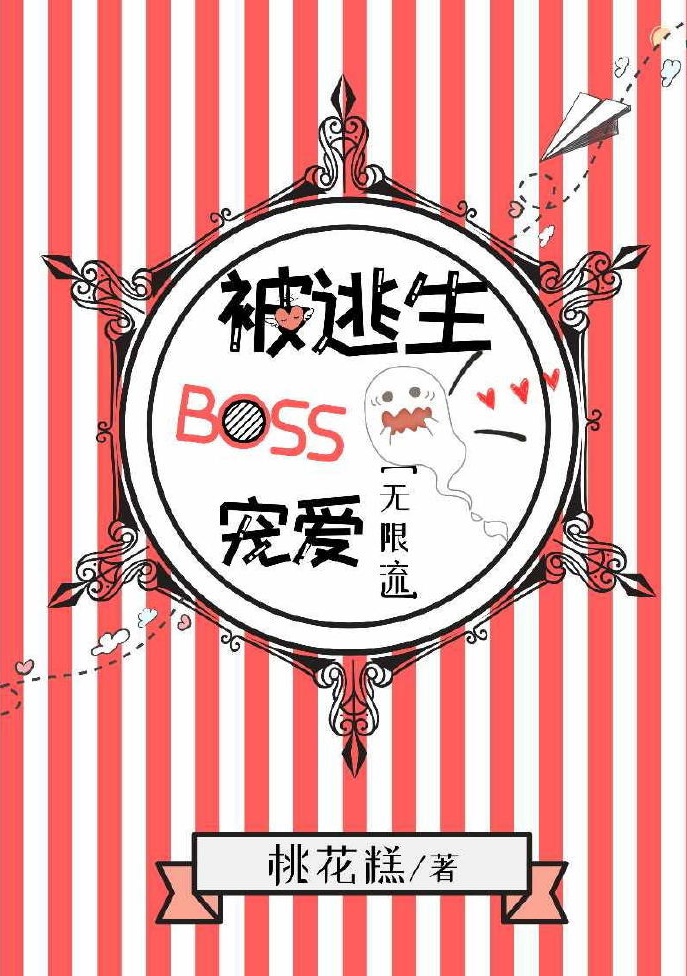 One entry per line
桃花糕

Status in Country of Origin. One entry per line
87 Chapters (Completed)

In front of them, several players were either screaming or blindly running.

Gu Yian: “……” So, am I winning without doing anything?

#My escape games seem to be wrong somewhere#
#Every stage’s BOSS pampers only me#
#I might be playing a romance game?#

One entry per line
被逃生boss宠爱[无限流]

Doomsday Wonderland (1)
I’ve Transmigrated Into This Movie Before (1)
I’m A Little White Flower In An Escape Game (1)
Boyfriends Always Turned out to Be a Horror Movie Boss (1)
Thriller Paradise (1)
Underworld Chat Group: My Hubby is King Hades (1)

These are recommendation lists which contains Pampered by the Escape Boss. You should give them a visit if you're looking for similar novels to read. Alternatively, you can also create your own list.
More Lists >>>

We got a FL that experienced no love from her family as she grew up except from her brother. When she was in highschool she wasnt able to attend their fieldtrip due to being sick, her classmates (all of them) died in the village because they offended a ghost or something. After that, everyone becomes wary of her and avoid her, saying that she brings bad luck to all those people near her and ended uo being dead. During her college days, her roommates insisted to play pen fairy, in... more>> which she tried stopping them but they still did it on another room and they ended up dead. The rumours of her killing everyone near her spread out, and that's when the story started and she entered the first game The FL is too calm, the authoer reasoned it with the fact that she's experienced so many tragedy in her life that the horror game doesnt scare her that much. And with the God liking her, her golden finger shones more brightlt in this story. I like the games she entered but I skip game 7 cuz the chapters are too long hehe.
Spoiler

she has a cute ghosts besude her, a cute loli 2cm tall, a hanged ghost (that looks lang a baby keychain), a cute small dragon... (basically the 3 of them are small because when she goesout she takes them so they need disguises

[collapse]
The climax of the story are the best
Spoiler

the 8th game really made me cry because she was able to regain the emotions she thoughtshe lost, and she accepted the God's pursuit

[collapse]
In the last chapter
Spoiler

FINALLY, she and the God has snu snu for the first time, of course the author didnt make detailed one

I was excited to see a romance/horror survival game novel with a female protagonist, instead of BL. So I read ahead a bit in the RAWs. Unfortunately, it's only mediocre. The BL in this genre have both better romance and better horror atmosphere. It's annoying how the ML only seems to like the MC because of her pretty face. Also, the story arcs are very short (nearly but not quite 10 chapters each). Since the arcs are so short and the ML plays a different role in each arc, I don't... more>> have the time to grow fond of him. On top of that, the ML appears as a young boy in the first arc. Being a shota in the first arc just isn't my cup of tea. As for the horror and mystery parts, they also suffer from the short arcs. But more unfortunately, a lot of people die "off-screen" when separated from the MC. Only a few of these people are given names; instead they are only recognized as "a female player" or "a male player". There is no real tension around what is going to happen next. An upside to all this is you can translate this decently through Google translate. The third arc which I've just started on seems slightly better than the first two. Or rather, I like the concept of the third arc:
Spoiler

There are big brother-style cameras everywhere, even in private bathrooms. People are only allowed to cover the cameras for a short while, or investigators will appear. The players have to solve a serial murder case, made to look like accidents when on camera.

[collapse]
Since I feel the story is mediocre, I'm rating it three stars. <<less
8 Likes · Like Permalink | Report

Damn, only 19 chapters in and I'm totally sold. Easily became my favorite read thus so far this 2021. Love the calm and reliable MC, never disappoints. As for the plot, it's thrilling, can't help but want to read what will happen next. An easy 10/10 for me, definitely would recommend.
2 Likes · Like Permalink | Report

The MC has a very very calm personality. she survives every round of the game with clear methodical logical execution. Ok that’s it I’m too lazy to type bai
1 Likes · Like Permalink | Report

Try it. You will like it. Slow romance on MC's part. ML fell for her on the first arc. ML is really a black bellied person and likes to pit others. In MC's eyes, he's a liar but kind and innocent. Both tried to adapt to their identities in the last chapters. The novel wasn't in-depth, I think it was for casual reading. The arcs are different. I like the ideas but some weren't my cup of tea.
1 Likes · Like Permalink | Report

I binge read this novel in two days. The mystery, puzzles and horror aspects were really interesting and felt very fresh after a long term binge of transmigration, face slapping romance novels. Having said that, this story does has its fair share of issues. Other than the fun of the mystery, I often felt that this novel fell a little short. Interesting and thought provoking concepts introduced during games are only half developed (such as the world where there's 24 hour surveillance. There's a lot of different ways to explore the... more>> morality, practicality and utilization of this system but the author hardly scratches the surface). The characterization and romance was superficial and hardly explained (i.e. We never really understand why ML likes FL so much, FL rejects ML throughout the story but suddenly does a 180 in the last chapters, etc.) And a lot of action happens off screen or is wrapped up too quickly (as of the author suddenly thought 'Yeah I don't wanna write about this anymore. Next arc!'). Despite its weaknesses, I still really enjoyed this novel. It reminded me of several similar style survival animes such as Dangan Ronpa and Mirai Nikki. If anyone knows of any other similar novels (which aren't BL) please let me know!! <<less
0 Likes · Like Permalink | Report

The best story ever!! i always love to read some romance or martial art novel but I never read like this story line novel. absolutely interesting, unique and very heart warming.
well don’t doubt the tag said thrilled, horror. Well... That’s true but please read it!!! Really the most interesting novel that I ever read. Sometimes you just have to change your taste buds... whatever it is, this was my own personal view.
0 Likes · Like Permalink | Report

A better title for this would be The Devil is Stalking Me, What to do With Sexual Assault on the Way!!! ... more>>
Spoiler

The MC is supposed to be smart but only because everyone else is so dumb including veterans who you'd think were used to thinking outside the box but not here. I read 'I'm a little white flower in an escape game' before this and the world building, mysteries, ability of the players was much more detailed. That MC actually learns from others without seeming or being useless. This novel makes me feel like all the other characters could disappear and MC would still be able to 'solve' cases with random guesses. We never see her work out what's happening in these worlds in her mind or physically. Everything she can think of, a five year old can reason out to.

I also don't like the devil ML who's clearly evil but is somehow going to win FL love even though she's afraid to even call this demon out. Not to mention I don't like non-human with human relationships because they usually involve power imbalances or disgusting fetishes.

[collapse]
Then why did I read? Because I thought the boss in the title was an experienced awesome player that decided to carry FML hopefully with some cool mysteries and character development but nope. <<less
0 Likes · Like Permalink | Report
Advertisements
Leave a Review (Guidelines)
You must be logged in to rate and post a review. Register an account to get started.

The Supernatural Case of an Accidental...
Advertisements