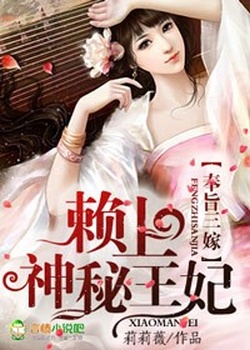 Status in Country of Origin. One entry per line
480 Chapters (Completed)

For the once dead Hua Yu Man, she has to do three things this lifetime: kill those who harmed her, kill the man who said he loved her, and protect a place called “home.”

She seems docile and gentle, with the air and temperament of a beautiful young lady. But in fact her heart is cold, overbearing, and black belly, with a mysterious identity that can drive the world crazy.

He is the Thirteenth Prince, but also the country’s disgrace; a cold and ruthless man who doesn’t put human lives in his eyes. But only towards a sometimes gentle, sometimes willful and sometimes disobedient woman, would this man be ceaselessly doting and spoiling.

One entry per line
奉旨三嫁，赖上神秘王妃

These are recommendation lists which contains Ordered to Marry Thrice, The Mysterious Wangfei. You should give them a visit if you're looking for similar novels to read. Alternatively, you can also create your own list.
More Lists >>>

I started out thinking that this would be a romance set in ancient times but it turned out to have divination with flower petals as MC's gift/power ; there is a character who has x-ray vision ?!, a transmigrated character..... and the cliches keep rolling. I dropped this since there are better reads I can mtl out there.
7 Likes · Like Permalink | Report

The story isn't bad but it isn't particulary good neither. How to describe it, from the description you expect a reborn revengeful and ruthless heroine full of schemes like in Rebirth of the malicious empress of military lineage or something similar (TPW). But in fact the heroine won't act against her past lives ennemies if they don't act against her beforehand and will just keep her guard up. On one hand it's good because she is distinctive of her two lives and doesn't let herself consumed by hatred. But on... more>> another it gives the feel that MC is not strong enough, for instance about the past "lover" each time she sees him she has an inherent fear that is subconsciously reflected in her body language it's a bit disturbing when you're used to MC like Li Wei Yang or Shen Miao. So don't be full of expectations on that part, still it may evolve on latter chapters as for now the antagonists only resolved to using petty tricks. Other than that, she clearly doesn't have any ability or skill except her divination gift. But it still cannot be considered as a golden finger because it takes a long way for the MC to understand it's purpose or way of using her power. So when reading it's a bit confusing because it gives the impression that it's a bit useless on the aspect of MC self-protection. About the ML, from the beginning he clearly put his stance on MC. It's just that I feel that MC doesn't reciprocate enough. You'll tell me nobody can force feelings and all it'll come with time but still you can still say a word of thank you when someone helps you when he's not even obligated to give you assistance.
Spoiler

like many times the ML will intervene in the dark to help MC in flourishing her business or even punish people who scheme against MC (even if MC has already taken things into her own hands and can scheme back two folds against them). He will also protects her by sending his trustee on her side. It's obvious that he's very caring toward her but on her side nothing can be seen and she'll sometimes takes things for granted. Like one time she needed help from him for some stuff. He beforehand asked her to often write for him when she'll go on errand. But she didn't at all and only contacted him when she needed help and even the way she did it wasn't particularly good. So for me she's a bit of an ingrate

[collapse]
Still despite everything you keep reading because you want to know the purpose of her divination power, the hidden conspiracies and all. This novel is more of something you read when you already finished off almost all novel on Novel Updates (my case). That's why I've said it isn't bad but it isn't particularly good either. <<less
2 Likes · Like Permalink | Report

A cute story, leans more towards romance than political intrigue. While this is a rebirth story, our MC, Hua Yu Man doesn't seem to be set on revenge just yet. Instead, it seems she wants to save her loved ones and give them a comfortable life first. I also like how she doesn't need to scheme against a stepmother, her father's concubines and any half-siblings. There is a two-faced, backstabbing cousin but so far her attacks have been ineffective. MC has the special ability to divine with flowers petals and seems to... more>> be able to control flowers - though we don't know why as of now. She uses this ability to make money by opening up a fortune telling shop and meeting a friend
Spoiler

who appears to have transmigrated over, which is a fun twist!

[collapse]
. The ML (thirteenth prince) completely dotes on her. It's rather sweet and we're starting to see MC warm up to his feelings. Overall, an interesting read. Will wait for future updates to see what happens! <<less
1 Likes · Like Permalink | Report

The chapters are too short but otherwise a super sweet story with cute main leads. Need more translated chapters to see how the storyline will develop. However I like how the male lead is into the female main lead right off the bat and dotes on her without a problem.
0 Likes · Like Permalink | Report
Leave a Review (Guidelines)
You must be logged in to rate and post a review. Register an account to get started.

The Slime and the Bounded Starsails

The extra refuses to remain an...