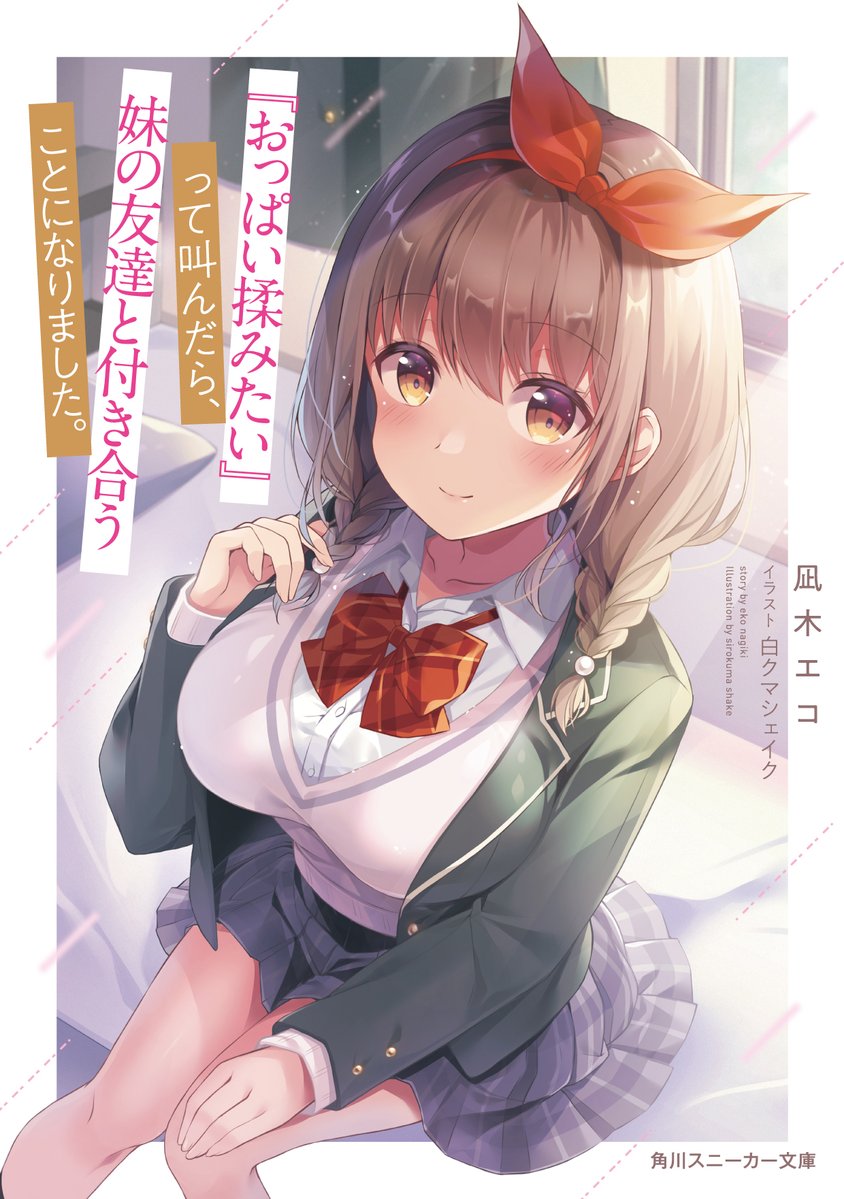 “I want to fondle boobs!”

The answer to his prayer was an angelic girl named Miko-chan.

“I-if I let you touch my breast, will you go out with me?”

It’s a sweet story of their daily lovey-dovey life.

Isn’t it wonderful to have a girlfriend!

These are recommendation lists which contains Oppai Momitai~tte Sakendara, Imouto no Tomodachi to Tsukiau Koto ni Narimashita. You should give them a visit if you're looking for similar novels to read. Alternatively, you can also create your own list.
More Lists >>>

Don't be fooled by the title...! MC isn't a pervert unlike what the description sounds... he's just your normal boy that got caught up in the moment and ended up screaming to vent he's frustration because he's friend teased him too much. He was a bitter person that hated looking at couples... not knowing he'd end up being a bacouple with he's lover. Don't misunderstand because MC didn't date the FL because he wanted to fondle some oppai ... more>>
Spoiler

they've known each other since elementary since FL is mc's sister's bestfriend... she wanted to confess to MC that's why she went to the same school in highschool despite being at an all girls middleschool with an escalator system up to highschool... her suddenly confessing to MC when he screamed was unexpected because she was unprepared but she ended up doing so because she saw MC being teased by he's friend with MC saying he'll find himself a lover along with her bestfriend, mc's sister

[collapse]
Even all through this chapters... there was not a single
Spoiler

[collapse]
since it's more of a romcom filled with sugar, sugar, and more sugar. <<less
11 Likes · Like Permalink | Report

It looks ok so far but the first couple of chapters are like around 200 words max. Going through some chapters in the novel's syosetu page, it seems the later chapters are a lot longer (guessing that they could be 1k words translated in English). Still kinda weird imo I probably should wait until there's a back catalog of 50 chapters or so before actually making a judgment on this one.
7 Likes · Like Permalink | Report

This series is the equivalent of mainlining treacle through an IV, truly a diabetes inducing series. Everything about this series screams cute from the way their relationship develops to the reactions of both the series MCs. The best part of this series comes in the form of the female MC who happens to be quite bold, taking the initiative to confess to the MC who she's been in love with since elementary. Definitely one of the better romcoms to read.
5 Likes · Like Permalink | Report

Hat's off to both author & translator. The way they described the story was extreme. And I think I'll get along well with the author. But I wish the chapters were larger.
3 Likes · Like Permalink | Report