Novel Updates
RegisterLogin
Theme
Search
Your changes has been saved.
Advertisements
One Sword to Immortality

Home >
Novel >
One Sword to Immortality 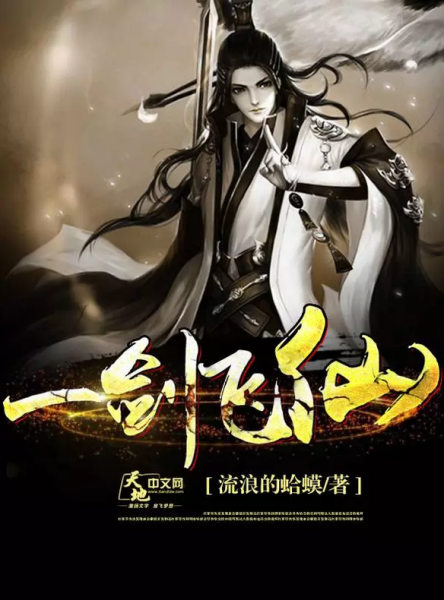 Status in Country of Origin. One entry per line
890 Chapters (Completed)

A story about an obese teenager who is hard working and honest with his feelings for a girl, however, he is bullied because of his stature. However, one day, under the night sky, he obtained a mysterious power that allowed him to phase through walls! And he discovered that his world might not be what it seems on the surface…

These are recommendation lists which contains One Sword to Immortality. You should give them a visit if you're looking for similar novels to read. Alternatively, you can also create your own list.
More Lists >>>

2 group(s) hidden due to dead links. Click here to show all releases.
Advertisements
Write a Review
8 Reviews sorted by

Many reviews seem to not be doing this series justice. The start was slow, however, not only has the story picked up, but many of the seemingly "loopholes" mentioned by others are starting to be addressed. The story tells of a realistic teenager that has a determined attitude he cultivated from young, shown by how dedicated he is by pursuing the same girl despite being somewhat bullied by his peers. The MC doesn't outright change to become some sort of killing machine when he obtains his power, instead, like any other... more>> timid junior high school kid, he tries to stay low - but he isn't able to maintain his usual life as much as he wanted to because of his powers. His unique ability attracted others that will come to harm him like any other typical xianxia. The story shines as it shows how this junior high school kid turns from his timid attitude to learn that the cultivator/demon world isn't for the weak. Don't be quick to drop a new series that is not even past the 60 mark. The story is building up his character, not turning him into a sudden all-knowing killing machine. <<less
13 Likes · Like Permalink | Report

With only 11 chapters translated, nothing has caught my attention. The story has focused on world building, and the MC's character development. I do not like the MC so far, he likes a girl that rejected the MC, but for three years he has focused all his attention on her, and no one else. I might not continue reading this series.
10 Likes · Like Permalink | Report

A story worth binge reading. Modern setting, think of Harry Potter except it's a demons and humans thing, and think of "raksasha Street" manhua, and you get exactly this.
9 Likes · Like Permalink | Report

At the first chapters I was looking forward and have some expectation (although not that high) but as time pass by the story turn boring as unnecessary thing happen and the MC as usual is very useless. ... more>>
Spoiler

MC got awaken into some amazing power and a very rare bloodline? What happen next? Got kidnap? No force to submission by an unknown individual who force train MC so he can send MC to a suicide mission just to find some unknown item that he need. (Seriously side characters where did you all go?)

I was like, Did the novel just turn into a monotone story focusing on MC being s*ave driven by an unknown enemy. Did all the side characters just disappear? It feel like all the characters the MC meet didn't exist in the first place (such a big disappointment). Why? Since the MC is like Go to school after school MC train with that unknown character.

"As for the training from Sun Bo Fang, every day he had to go through the same thing over and over again. Sun Bo Fang would just summon an unknown type of monster from the Void world and let Xu Liao battle with it." - Chapter 23 (MC forever alone even the demon girl left him lol)

First where did the demon girl go? (Suddenly drop and was forgotten?)
Second where did the OP Grandma guardian go? (Also drop and forgotten?)
and Finally, what is the point of MC registering into that demon organization?
As if that demon organization doesn't exist in the first place?
MC was like serve in a silver plate to the unknown enemy that well send MC to a suicide mission? If this go on then well drop this novel if the following chapter still continue with this boring plot where every character MC meet was easily drop and forgotten!

[collapse]
I just read 5 successive chapters a big disappointment if the next chapters is the same might as well drop this since its not even fun reading such boring monotone lines. Officially Drop after reading another 3 chapter with another repetitive training making it a monotone reading about training is dull and annoying. <<less
8 Likes · Like Permalink | Report

Read up to chapter 6. The story as of right now is quite different from the usual xianxia. It is about an overweight boy, who is a little bit naive, that gets thrown into a world of demons. The action takes place in modern world / the demon world. Right now I cannot say much about the plot, besides that it seems promising. The translation is good so the reading is quite enjoyable. Lets hope for the best.
5 Likes · Like Permalink | Report

Initially it started off well and tried to differentiate from other novels. It's set in our modern world where demons and humans live under the aegis of different organizations, their existence only known to those who are awakened. The story had a decent basis, a bullied and low-esteem MC awakened his demonic aura and attracts the attention of various people. It would have gone better had the story first settled the school premise. The bullied MC who could be the star of his school and finally attract the attention of... more>> the belle of the school... But then it suddenly veered off to chapters and chapters of cultivation and as of Ch.31, some sort of game-like, alternate world reality setting. The transition from the school story to its current development is very jarring and readers might feel cheated if they were hooked by the earlier chapters as it changes dramatically to a cultivation/power-up novel. <<less
4 Likes · Like Permalink | Report

The story starts off well, the cultivation/power-up style was somewhat unique considering the MC is a demon, not a human cultivator. Yet for experienced Chinese novel readers, you can clearly see signs of a cliche premise, for example how he has a crush on a b*tchy beauty from school, or that how he has some kind of ancient bloodline, which by the way, the readers have no idea how he acquired. Furthermore there are some unresolved plot holes; the author can be a bit vague with cultivation laws which leads... more>> to confusion. I honestly thought this story had a lot of potential at first, but I began to have a serious problem with vagueness, lack of information, and dullness in general concerning the side characters. I cannot empathise with the MC or any of the side characters. This is a result of lack of detail in character and human behaviour. I don't like how the author writes. I do like the fights somewhat, but I want the MC to get more bloodied, more rekt to bits, because even the so called "hellish" training he goes through is literally nothing compared to other MCs. With that said, I do somewhat like the MC's character, I just wish he would get rekt more often, so far his life has been ezzy pez lemon squez. <<less
1 Likes · Like Permalink | Report
Leave a Review (Guidelines)
You must be logged in to rate and post a review. Register an account to get started.

The Up-and-Coming Valedictorian of Arcane Academy

A chance to become a Adonis
Advertisements