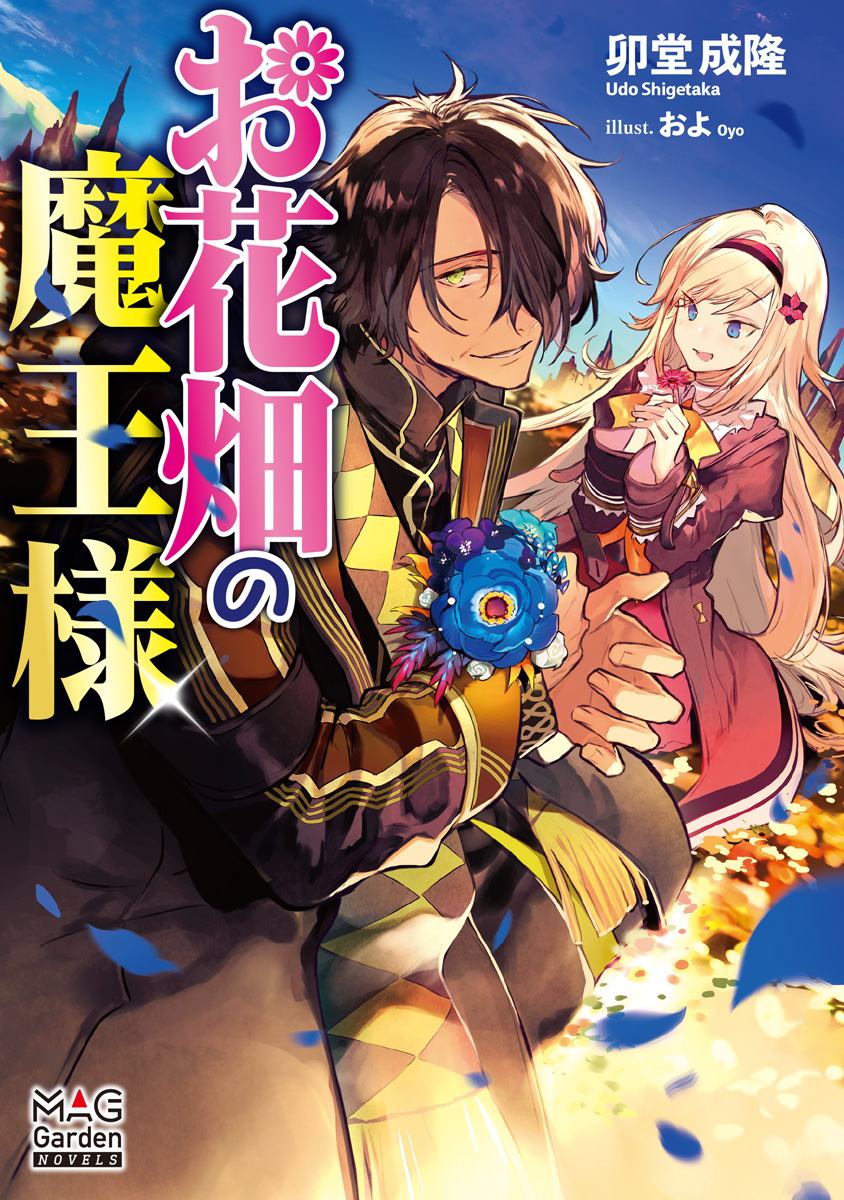 One entry per line
Oyo
およ

Kuders Tart was the Demon King of the South and one of the Four Kings that served the Demon Emperor. But one day, he was dismissed from his position by the new Emperor and banished to live in the human territories for the rest of his life.
The reason for this was that in spite of being a middle-aged demon of a warrior race and a top official, he was useless in combat and never boasted of his power. Even worse, he lived while having the ‘Flower Field’ attribute, which could only be seen as harmless.
However, there was something that the others didn’t know.
This man was someone who the previous Emperor trusted the most. Someone who was considered the heart of the country.

These are recommendation lists which contains Ohanabatake no Maousama. You should give them a visit if you're looking for similar novels to read. Alternatively, you can also create your own list.
More Lists >>>

At first it was good, a japanese novel without being cursed by the japanese herbivore/beta MC syndrome, I was really hooked and then baam, suprise, its the same crap all over again. Like getting scammed by an online store entry, good pictures, description and first impression, but when the box arrived and you open said box, not the product I was expecting. Read Spoiler if you want to know more. ... more>>
Spoiler

Like I said, I thought MC was not suffering from JP MC beta/herbi/passive curse it turns out he has it, but better at hiding, basically his mode of operation is;

Theres a epilouge 2 chapter from the first main girl telling him how she loved him and she kept pushing her away into another man's arms, and she kissed him (even though shes officially the other man's girl, publicly acknowledge couple in the neighborhood) because she realized the MC love is to make her bloom and be independent (the other man is literally introduced by MC, so pretty sure that is not an independent decision) so she kissed him to close or end the chapter of this love and start the new one. (From the confession chapter she doesn't want any regrets that she didn't not take any action and "Let him leave with a piece of her heart" her words.) and from what I understand from the MC side, (disclaimer since im very confused since MC logic is too illogical) He doesn't really go all the way since hes a demon and has very long life span or since this a story and about demon kings and war with human heroes because the girl will live in misfortune from his hands (getting caught having relationship with enemy states will cause a lot of setbacks) or his reason is true love lets the bird roam free (even though he set her up with other dude)

EXTRA 1: The second girl's story still didn't end but signs of the same thing is all over the place like first girl's story.

EXTRA 2: The demon king who kick him out from the first chapter, is actually a woman and is love??? With him.

as in love with ???, she banished him because MC rejected her

and she also wants to teach the demons who look down on his skill or whatnot a lesson by kicking him out and starving/mismanaging the country like wtf???????

MC is just acting like a s*upid cupid.
Spoiler

MC summoned a male god and pair him up with the female lead. He’s just an extreme beta.

[collapse]
It is better if you think from the perspective of other characters if you get irritated so much.
9 Likes · Like Permalink | Report

I think MC is trying to play matchmaker with the girls in his own weird ways.
Spoiler

Also I dont see any female protagonist, since he just pairs them up with other men.

It's still very early on, but the main character is kind of endearing, and his love interest seems like she'll be a fun spin on the villainess noble girl trope. Not 5 stars only because it's so early on right now
6 Likes · Like Permalink | Report
Advertisements
Leave a Review (Guidelines)
You must be logged in to rate and post a review. Register an account to get started.