Novel Updates
RegisterLogin
Theme
Search
Your changes has been saved.
Advertisements
Not Super Robot Wars at All

Home >
Novel >
Not Super Robot Wars at All 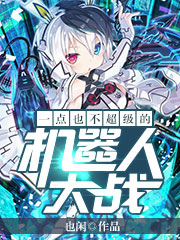 Status in Country of Origin. One entry per line
238 Chapters, 1028k words, completed

One entry per line
Ciweimao

Since his transmigration, he has studied hard and entered Anaheim to design Gundam, do scientific research, study driving and the way of self-marketing. He could be called a great man among time travellers. Until one day, “that” appeared in front of him…

“Idiot, are robots all Gundams?!”

One entry per line
一点也不超级的机器人大战

These are recommendation lists which contains Not Super Robot Wars at All. You should give them a visit if you're looking for similar novels to read. Alternatively, you can also create your own list.
More Lists >>>

Finished this through MTL (kinda regret the choice). I could say for this is, I guess you could actually see the effort of the author (dunno if it's solely that the author combine it by himself or it's actually from SRW franchise) to mish-mash all the crossovers to one coherent ride of a fanfic novel. ... more>>
Spoiler

I actually love how author portray most of the characters here... Especially the heroines in this regard except for one.

It made them more humane (?), realistic but somewhat darker versions on what I think is on their canon versions.

Damn I love how the author portray Lacus' dynamics in here in the most part of the story... Maybe, it's just me being a lover of tragic heroines, her version really gives a sensible reason to be like that. Though for others it might destroy her canon version, for me it adds weight and humanity to her. Being a politician's daughter seems highlighted on how the author portray her... And her struggle to find her place as she comes in as a homewrecker, she even took the legal wife position CC should have. Sadly she came as an 'actor' for the most part and cannot distinguish their hearts till her dedicated arc later part of the story. Funnily that their positions were reverse when they affirm their first and their last vow.

The worst would be CC I guess? I kinda like her at the start but she got butchered on the latter parts of the story... If Lacus and CC's place got exchanged in their actions on the latter part, I would actually understand. She became Resurrection Version CC without the debilitating regret of reviving someone who does not wanted to be revived at all (funnily enough, the author made a Lelouch of the Ressurection-esque plot with MC near the end part, and it's actually Lacus who pushed through this and not CC LMAO)

Ange is the relief on the trio, and the surprise...

Mineva at the last part, I'm just surprised that she r*ped her most loved father-figure (Char be damned, she'll choose MC all the way)... I guess it's understandable on her part with how 'broken' the MC's harem in her eyes with her being a NT. She sense the suffering of MC the most (and how she sees on the middle part of the story that CC stabs MC and almost kill him), other than Ange, I think she thinks from 'I will protect MC' to 'I'm the only one (with Ange) worthy of the MC'.

Story-wise... It's not jumbled nicely when it added the 00 characters, honestly. The inclusion of Evangelion is really a massive letdown (the author also addressed it but he's too far to go back). The amount of tragic story gets added and added. And the reactions of CC and Lacus on MC coming dying on the latter part is the pure goodness for me.

And the end part... I just don't want to add but I don't know what to feel at the end lol

[collapse]
3.5/5 stars for me, rounded up so 4/5... Decent start till the mid part... Becomes wayyyyyyyy better at the end with some setbacks and twists. <<less
2 Likes · Like Permalink | Report

Unlike usual transmigrator which usually have cheat then gradually stronger then dominate the world or universe.
This protagonist do have cheat but almost all his cheat make him suffer. He don't know his cheat until quite some time in story. World setting is main U.C. Gundam with other character from series stuff in U.C. Make many of their setting become very wierd. Their story progress change tremendously that even certain character who is not in gundam series evolve in to newtype. ... more>>
Spoiler

[collapse]
Since Everything is stuff in U.C. Almost every phenomenon have intersection with newtype. Even AT-Field can be explained in newtype based term. included series
Spoiler

[collapse]
if you can accept this quite wierd setting. This novel is very good at distorted emotional drama. Protagonist is not OP in fighting, he is mainly gundam creator and scientific support. This novel has harem, but is not brainless one.
Spoiler

[collapse]
Be warned, almost all Newtype and girl is this series is prone to mental-illness.
Spoiler

Doesn't seems to be a bad fic (and this is crossover-fusion fic), but surely looks machine translated. And even if translation seems to be more "intelligent" that is common in such cases it's still awfully wrong. Often translation is far in the meaning from the original and sometimes even character names are translated differently in the same chapter. Frankly, no point to bother with this because there is better fic in the setting and even more among some parts of the setting which went into fusion what are written on english.
1 Likes · Like Permalink | Report

It's basically a Gundam fanfiction, though there are some other series included. Synopsys: Protagonist (whom I assume to be a Mecha otaku in real life) isekai'ed into a mixed up Gundam universe of different timelines (UC, Seed, Seed Destiny, Turn A, 00) with some addition series like Code:Geass and Evangelion. Conveniently, he gots a new identity, deceased parents, and develop himself into one of the smartest Mecha developer and got employed by Anaheim Electronics! (You know, the main Gundam developer in Gundam UC). I think you will be able to enjoy this... more>> if:
Spoiler
[collapse]
Overal, it's a fun read, if you can just accept that the protagonist is 'the father of Gundam' because he's the one who designed them in this world. <<less
1 Likes · Like Permalink | Report

I've gotta say, so far, once you get past the sci-fi mumbo jumbo, it's actually pretty good. See end for TLDR. As stated by someone else, this is a fanfic, predominantly based in the Gundam Universe (though the author mashes a bunch of different timelines into this one series, making his own unique timeline), but this is still done pretty well. Also, as stated before, this doesn't *just* include Gundam Universe (GU for short), as of 42, we have also seen ... more>>
Spoiler

Code Geass, and Neon Genesis Evangelion (though the latter was brought up only 2 or 3 times so far)

[collapse]
. The series is a harem, according to the tags, and thus far, candidates are
Spoiler

C.C., Lacus Clyne, and (maybe, kinda hard to tell) Shin Asuka's younger sister (though she seems to be more of a brocon honestly)

[collapse]
. For the main character, thus far, they aren't OP, but do have a genius level intellect, and ridiculous reflexes and physical conditioning. To the point they finished college at 9, and were called the father of Gundam by 11. This isn't a spoiler, covered in the first few chapters. The following is a bit of a spoiler about the main character as of chapter 42, and their abilities:
Spoiler

They are not a coordinator, they did a test, and MC is basically akin to a natural born (no alterations) coordinator. They become a NewType a few chapters in. Also gain a Geass ability (though it's undetermined at this point), are immune to other's Geass abilities, and have better marksmanship than some other ACE level pilots. Other skills in fighting are worse than ACE level, prolly elite Mook at best. ACE level are those like Char "Red makes me go zoooom" Aznable, Kira Yamato, Athrun Zala, Shin Asuka (you get the idea)

[collapse]
At this point, MC can fight, but he's more a thinker and builder than a fighter. Regarding MC future knowledge cheats: it's there, but since the author made the series a medley of GU and a few others (like SEED, SEED destiny, Turn A, etc.), the MC has a hard time predicting certain courses of events. Plot armor is there, but not like, "I need this one ingredient, lemme walk out the door, oh look, there's my ingredient!" Well, TLDR: Fanfic of Gundam Universe (a bunch of timelines in one), and a few others. Harem. Intelligent protagonist. Well written, but has typical Gundam level drama. Good job translator picking this one. I would strongly recommend searching the different Fandom wiki whenever a new character appears, both for pics, and to ensure you get the spelling. But that's a minor complaint, as I google all the names anyways. <<less
0 Likes · Like Permalink | Report

Seems good fanfics story about mecha or robots that using banprosta-something and not many that write something about mix mecha story mainly gundam, code geass, evangelion and many more. If you read many mecha story novel that has been made by Chinese authors many has take the foundation from armored core robots, front mission robots and many more, but there is very rare authors who taking super robot wars as fanfics that started from gundam UC era and then being mixed with another robots like code geass, gundam seed, evangelion, and... more>> so on. <<less
0 Likes · Like Permalink | Report
Advertisements
Leave a Review (Guidelines)
You must be logged in to rate and post a review. Register an account to get started.