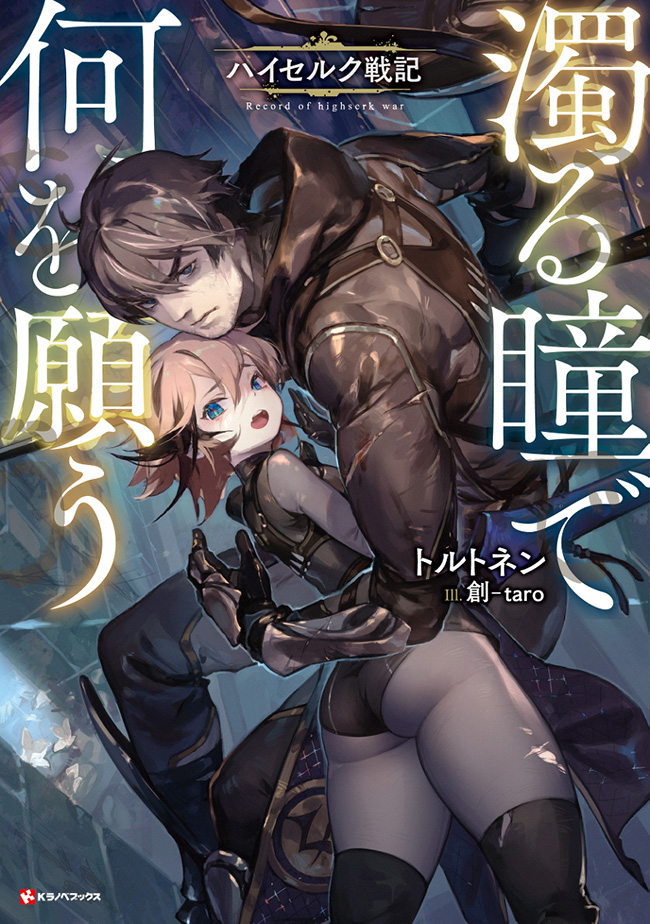 One day, Raizou ​​Takakura, an average salaryman, had a Heart Attack and his life ended that day.

But, he got a second life, in a different world.

Reincarnated with strong skills―― wasn’t what happened to him, instead, he was reincarnated as a foot soldier in a small country, Highserk Empire, which was surrounded by large countries.

With a new name, Walm, he was thrown into the frontline of war.

Covered in blood and the stench of death, along with his comrades, he was slipping through life-or-death situations.

An adventurer party with members that could use powerful magic, transferees with overwhelming power called the “heroes”.

In a deadly battle with them, Walm gradually developed his talent as a warrior which would’ve never awakened if he were to stay in times of peace.

While his eyes becoming dark and muddy over time――

These are recommendation lists which contains Nigoru Hitomi de Nani wo Negau. You should give them a visit if you're looking for similar novels to read. Alternatively, you can also create your own list.
More Lists >>>

The story had a great start, the writing is good although I'm unsure of what MC's real motive or goals are. Probably just became stronger and have a successful life. MC is mindset is nearly the same as Tanya from youjo senki, except for the atheism thing. They are both kinda Workaholics and see killing as part of the job as a soldier (until his eyes became dark and muddy just like the synopsis said, probably depicting his ignorant to the craziness around him). MC indeed is skillful probably above average if... more>> not talented. The setting is that he was a soldier of a country that has based on military and expansion ideology, so expect many wars and battles. <<less
13 Likes · Like Permalink | Report

Read the latest chapter Rating 3.8 - 4.0 The MC now lack 'life' as opposed to the first few chapters and I cant see where the story is going. Yes it is aimless, but not destructive at all. No bad, and not amazing, but still an acceptable read. Spoilers for myself: ... more>>
Spoiler

after MC wakes up from the giant worm stomach, H country is dead, everyone dies and turn into undead

half crazy, half suffering from the rejection of his demon eye (no special power) MC drunk himself away for a year

becomes mercenary to fund himself to cure his eye

kills someone important in the war

travel by the sea, meets kraken

go to dungeon and conquer it to find magic plant

conquers the dungeon with 4 other people

saved the adventurer group member by giving them the plant

H country is not completely destroyed, someone important went to MC and invite him back, ayame is alive

MC brother is alive but have family in 4-c-alliance

Current chapter, MC gotten news brother wants to meet him and will meet next chapter

[collapse]
I just cant describe all emotion MC went through, not suddenly forgetting his sorrows and turn into a new person but just like a more realistic person, dead emotion with occasional smile and sorrow, but mostly dead emotion <<less
10 Likes · Like Permalink | Report

The tagline I'd give this story is "Imagine following a story from the point of view of a soldier from the Final Fantasy Empire". His faction aren't "the good guys" but they aren't bad guys either. They are a small country who has been fighting non-stop for a generation, and every time a conflict is done, another seems to come up. It reminds me of the Rome Republic, in how they seemingly get trapped in an endless cycle of wars which all feel like they are being done in self... more>> defense. Our main character, a reincarnation, isn't insanely talented or strong by any means. He's the son of a farmer drafted into the war who finds he has some talent for fighting. He doesn't enjoy it, but he doesn't shirk from it either. This is a man thrown by the current of his time, and dragged by it. As he fights he starts to grow the relationships with all the people around him, people who in any other novel would be nameless soldiers, just cannon fodder. Over time, our main character obtains a skill, and steps into the path of becoming one of the strong of this world. I'm looking forward to whatever comes next out of this novel. Give it a shot! <<less
8 Likes · Like Permalink | Report

3.5, it's an alright story overall especially the first few chapters, though I wish there was a section that showed his life pre-war in the new world, as we just get thrown into the battlefield as soon as he dies, this wasn't so bad because the action was well written as was his inner monologue, both had lots of visceral description and conveyed the author's interest in the story. however, the story really went downhill after he learned magic, if it's so easy to learn magic why aren't all the soldiers... more>> taught it, minor plot point aside, the thing that kills the story for me is how it suddenly becomes an op power fantasy, he learns 1 ability and then all the cool descriptive writing goes out the window, the synopsis is kinda a lie because of this, he doenst slowly earn skills and build himself into a warrior like the manga 'kingdom' no he gets access to special magic that's so op that he can kill 1000 soldiers on his own even though he only learned magic a month ago.] its just kinda disappointing, but saying that its a bad story would be a lie. <<less
8 Likes · Like Permalink | Report

Damn you moneng85 I knew it was spoiler but I didnt expect that many Okay uh im sold I like chapters 1-32 they were great had more substance and felt they were going places fun to read lots of expectations chapter 33 and now im stan this is great phenomenal even it feels the first time I read ln all over again uh yeah pretty good minor issues but im literally every thing has an issue or two 4.8/5 not going to round up since 5 stars are for godlike, perfect,... more>> fits my taste exactly, just the novel. This is better than 85% of all novels here without assuming your taste as in just its quality and if you like war stuff if you like the saga of Tanya, probably overlord two but their arent any pararels besides being well written, I fyou like intrigu8ing protagonists this is for you if want a fill in this is me power fantasy thingy this isnt for you if characters dying is turn off this isnt for you since I mean its war setting characters will get killed, if you dont like skills or magic then no good for you. I like this story cause what if instead of the MC being the political machine strategy guy and good at fighting what if he was pawn?? I mean thats kinda cool really novel even and really feels fresh it's honestly plain old good not bad uh id write a thesis statement and the such but this isnt exactly completely translated so just take my word I guess looked at the reviews and I cant think of one reasonable reason to rate 1 star since for a novel to be one star it has to be god awful in every aspect and frankly thats wrong since 1 and 2 star reviews mean that novel lacks some sort climbing action cartharsis basically cant be called a story or is missing stuff that makes a story readable and platable I can understad 3-5 based on preference but 2-1 stars just no <<less
6 Likes · Like Permalink | Report

Came here from the manga and so far I'm liking the story. The war situation is well portrayed and MC really shows how he kind of suffers mentally cause of all the killing he has to do. PTSD aside, MC deals with death on the battlefield by treating it as his job so the visceral description in his monologue makes sense. The one thing I didn't like is that it becomes a power fantasy after MC starts learning magic. Overall 3 stars
2 Likes · Like Permalink | Report
Leave a Review (Guidelines)
You must be logged in to rate and post a review. Register an account to get started.