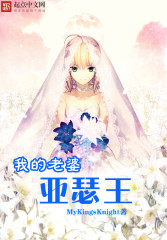 One entry per line
Bowl of Braised Pork
半碗红烧肉著

Status in Country of Origin. One entry per line
690 Chapters (Completed)

“Are you my knight?” The silver-haired youth looked at the blonde girl before him and asked, his cheeks flushed red. This was their first encounter when he was only ten years of age.

“Are you my bride?” He held her in his arms, embraced the girl who had accompanied him for ten years straight. He was sixteen years of age.

“Are you my king?” He knelt before the throne, smiling foolishly as he looked at the girl holding the sword victoriously. At this moment, he looked like the boy he was when they first met.

“I’m fine without having eyes for you. The entirety of Camelot is for your taking.” Smiling soft and gently, he gave his eyes to the girl who lost her eyes due to the curse of the red dragon. He doesn’t regret it, he thinks. He was twenty years of age.

“So… Arthur… Artoria Pendragon, are you willing… are you willing to spend the rest of your life with me?” His voice was soft and clear as he reached out to touch her hand.

This was their legend.

One entry per line
我的老婆亚瑟王

These are recommendation lists which contains My Wife, King Arthur. You should give them a visit if you're looking for similar novels to read. Alternatively, you can also create your own list.
More Lists >>>

i think the plot is really interesting! Especially the Romance part. This is the first time a Plot Summary has Caused my Heart to Beat fast
10 Likes · Like Permalink | Report

Someone please shoot me with an ice-cold water gun. I had thought this novel would turn out to be solely focused on the development of Camelot and the character that alters the course of the original story, not suddenly bringing in the forbidden grimoire known as "Suspiciously Inspired Work", otherwise known as "Discount Claymore" (Cinemasins ding!). That was a massive kick in the metaphorical groin. That hurt my mind a lot. Okay, to be honest, the writing and plot development is not bad at all. Though the MC seems to lack any... more>> change due to certain reasons, it fits to say that he is truly a sage in that regard. The rebirth kind of mixed it up a little, but is fine for now. The rest of the characters so far seem annoyingly bland and underdeveloped, but it is still only at chapter 36 of the translations. For my own sense of taste... nope. I do not like the strange entry of a massive rip-off with demons replacing "Youma" and bland-name characters. It turned a workable medieval fantasy in Chinese format into Cut-N-Paste Fan-Fiction extravaganza. With slightly different names. Three Stars. It certainly is not an exceptional work, but it does pass well enough as a story itself. Side Note: My rating and overall review do not include my distaste to the blatant, copy-n-paste. Otherwise, I would've given it a 1-star for being an utter disgrace. <<less
6 Likes · Like Permalink | Report

BEAUTIFUL ! This is the most unique Europe history-oriented Chinese novel I've ever read so far. The translation quality is excellent, I had totally not expected it's original was in Chinese! I was dumbstruck. ... more>>
Spoiler

I was rather confused at the beginning, as the MC is depicted as a kind, indifferent and aloof genius, but the novel's description makes him into some lovestruck fool. But, he had always been fond of human potential and development of the current era. He as the resourceful prime minister, and wifey as the decisive king.

The next best part is the character's interaction, how the MC uses psychology, tactics etc to make others play in the palm of his hands...

It's also comedic bcuz MC often finds himself in a situation where he— as the handsome, beautiful and dashing master, while his subordinates were mostly older... two times taller than him! It totally shattered their 'Prince Charming' image of him! 🤣🤣🤣

The reading was pretty easy for me, as the author makes it interesting while not making the story draggy.

His greatest pursuit was to engrave his name in the annals of history, and his journey with 'King Arthur', as they shook the world!

Hands Held in the Snow

Reincarnated as a Virus
Advertisements