Novel Updates
RegisterLogin
Theme
Search
Your changes has been saved.
My Son is a Transmigrated Prince

Home >
Novel >
My Son is a Transmigrated Prince 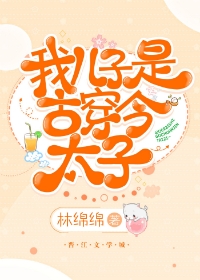 One entry per line
林绵绵

Status in Country of Origin. One entry per line
111 Chapters (Completed)

The child has bright eyes, chiseled features, and prideful demeanor. He referred to himself as “this prince” and his mannerism was wild, cool, and stuck up.

“This prince will never eat such lowly food!”

“How dare you flirt with other men behind the back of my imperial father?”

“He insulted this prince and you sided with him? This prince will sentence his entire clan to death!”

Song Yuan was very disturbed. The DNA test had confirmed that the child was, indeed, her son, but why did he act like he was delusional?

More importantly, who was the father of the child?

The prince was going mad from worrying; Imperial Father, if you don’t come soon, Imperial Mother is really going to cheat on you!

One entry per line
我儿子是古穿今太子

These are recommendation lists which contains My Son is a Transmigrated Prince. You should give them a visit if you're looking for similar novels to read. Alternatively, you can also create your own list.
More Lists >>>

This story is so beautiful, it made me want to meet my son as soon as I possible, even if I am still a single woman without a husband now. Haha
8 Likes · Like Permalink | Report

Okay I mtled this till the latest chapter which is 100. From what I can see, you can expect a bitter sweet ending. Honestly, I regret reading it. I dont want a sad ending. ... more>>
Spoiler

so, her son, went to the modern society to meet his mother. But his mom cant remember her life when she was in ancient times. They had a paternity test and it was confirmed that he is her son. Then grama and grandpa found out. Soon, they met the father, the emperor. He lied that he doesnt remember his son and MC, saying he also had amnesia like MC. It was found out by son soon after MC recovered all her memory. The son told MC and MC said that she's used to it. Apparently, the ml, forced her to marry him and tricked her a lot of times. One day ML gave MC a diamond ring uaing the money he got from selling paintings, he said that he'll go back to the ancient times. He dont wanna abandon his people. MC cried. MC asked his son if he wanted to go back with his father. The son wanted to go back to the ancient times, because first of all, he grew up in that place and he cannot integrate himself in the modern society like how MC cant integrate herself in the ancient times. So ML and the son will go back to the ancient times after a month. So ml, MC and son used the times to bond. And thats it. Ill wait for more updates.

I cried for like 15-20 chapters near the end, continuously. I love the interactions between the MC, her parents and the princely son. ML was manipulative, but regretful in what he did. They truly loved each other. I don't think I will read this again because I don't want to go through that heartache, but I'm truly glad I read it. Prepare a lot of tissues, but it was worth it. ... more>>
Spoiler

I just wish it was not a bitter-sweet ending. I hate that the MC's child did not grow up with her. I understand that it was her son's choice, but I wish they could have a couple of years together at least. MC also mentioned that she could not think of having another child again, and that left tears in my eyes for hours.

For now I can't say that I like this novel. I will only give 3.8 / 5 stars. While reading all 18 of these chapters (I read the raw. 3 chapter in here is like 1 raw chapter. Even the raw is still on-going), my facial expression didn't change at all. but that's okay, because this is still the beginning of the story. In chapter 18 we just learned that Rong Ting is truly the child of our MC. This novel has the potential to be a good novel,... more>> we just need to wait, so yes, I will keep reading it :) <<less
3 Likes · Like Permalink | Report
Leave a Review (Guidelines)
You must be logged in to rate and post a review. Register an account to get started.

Second Male Lead to One, Male...

Bored of My Cheat Skills, Harem,...