Novel Updates
RegisterLogin
Theme
Search
Your changes has been saved.
My Reality is a Romance Game

Home >
Novel >
My Reality is a Romance Game 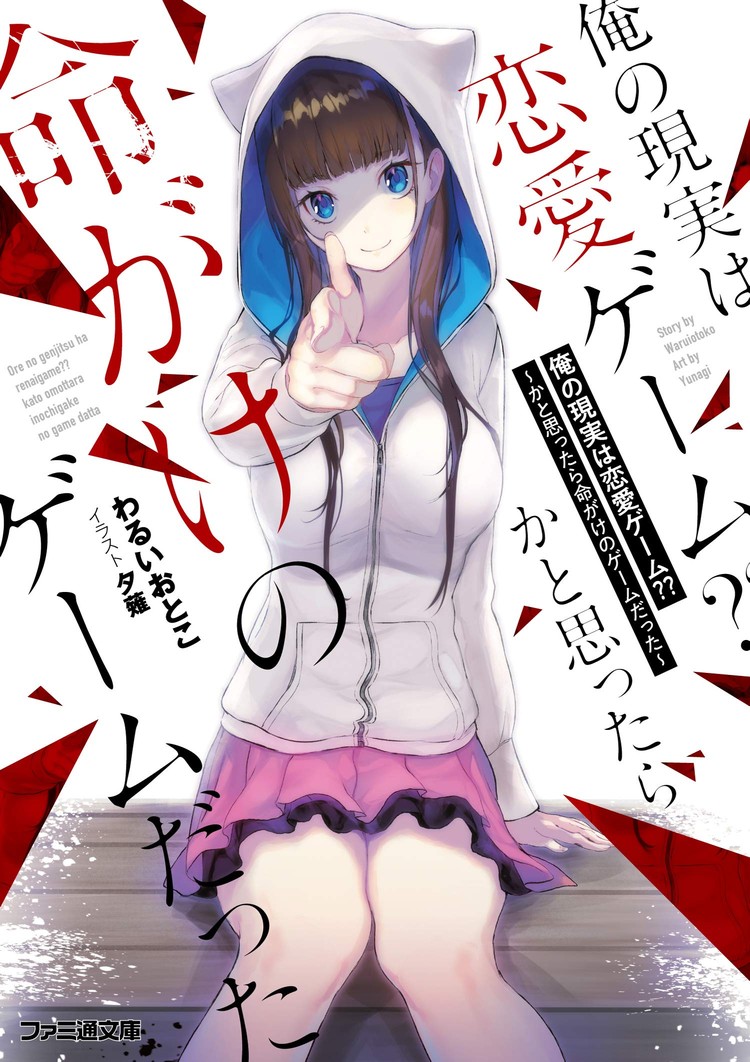 One entry per line
Syosetu
Taibundou

Ordinary NEET Hasegawa Ryou discovered that his reality had turned completely into a Romance Game world as soon as he woke up. Thus he sets out to capture his targets with his freely usable “Save & Load” and “Item” abilities. But it turns out that what he got involved with, was a life-risking game with very dangerous women to capture!

One entry per line
My Reality is a Romance Game~ That’s What I Thought Before It Turned Into a Life-Risking Game~
Ore no Genjitsu wa Renai Game?? ~ ka to Omottara Inochigake no Game datta ~
俺の現実は恋愛ゲーム？？ ～かと思ったら命がけのゲームだった～

These are recommendation lists which contains My Reality is a Romance Game. You should give them a visit if you're looking for similar novels to read. Alternatively, you can also create your own list.
More Lists >>>

You ever just somehow become the protagonist of a gal game? Well, that's what this protagonist thought was up, until he realizes, haha nope. Well, the protagonist goes around solving things- crimes and whatnot. It's somewhat a mystery/thriller. There's a little bit of the game aspect- you know, the stats/levels and etc, but it's not a super major part of this. The items and save/load files are the most important aspects. There's some romance along the way, which, you don't want to read if you only like dominant protagonists and female characters... more>> that worship whatever protagonist. But honestly, I think the romance here, or what seems to be a beginning of a romance, is rather cute. Well, I hate the OG female lead's personality (not the first girl btw) cause she's kind of an insane sad*st b*tch, but it's super gap moe sometimes, if you know what I mean. Tsunderes. Yes. She gets more bearable as it goes on, if you don't like that kind of stuff. Anyways, check it out. I'd rate it a mid-low 4 stars- I'm thinking about 4.3-4.4, but I think the overall rating's a bit low, so I'm going to rate it 5 stars. <<less
17 Likes · Like Permalink | Report

this novel is a 5 star within what exists on this website. I liked it so much that when I finished the 30 translated, I immediately went to read the raws up to 100. I stopped and thought that maybe it was a lot of hype and I would rest one day to be able to lower the emotion and I do not change, it really is a great novel with its respective failures that are passable. First a warning, if you are looking for a novel with sex, immediately stop reading... more>> it, this is not about that. This is about mystery. It is a detective and mystery novel. Obviously it cannot be compared to novels of world level, but within this website it is a 5 stars nailed. Now I will go to the good part that I liked about the novel. - The author maintains the aura of mystery in all missions, in some it increases and others it decreases, but manages to keep you intrigued and that is why I stopped at the beginning of arc 10, since there are only 3 chapters and I do not want to go into a cliffhanger. - It is understood because the romance is not so fluid, so if you read it for the romance you will find something that happens little at the beginning and only increases for the last chapters that I read. - The interactions are very credible, although there are always some that are half edgy or somewhat unbelievable, but everything is to advance the plot. - The author introduced the election system as a way to prevent us from thinking that things could be avoided, it is something very intelligent and the truth directs the scenario to how the author wants it to move, it is something forced "yes" but it is also tolerable that makes us keep intrigue. Bad parts: -the protagonist is somewhat dense, but only a little, he was a neet so it is understandable, in addition to more circumstances that are plausibly credible because he is not more aggressive. - as I said some conversations can be edgy but it is passable -The protagonist becomes op in some way, but being a mystery novel does not affect much, rather by not turning op he would have died a long time ago. - In the last chapters the novel declines a bit, since some mysteries that could get more juice are solved very quickly, but perhaps the author does it so as not to make an infinite novel of a thousand chapters. In my conclusion I really suggest reading the novel, and perhaps one thought that I can give to improve it is that hopefully the author does not make it very long, after all at some point the ideas run out and I would not like it to happen like in many novels Chinese. Sorry if there are any spelling mistakes. <<less
8 Likes · Like Permalink | Report

I have to say this novel was a pleasant surprise.
The title is a complete bait from what I can see. I didn't expect to find any decent thriller/mystery novels on this site and I hope more people give this one a read. The writing is decent, the MC is considerably smart, managing to learn from his mistakes after looping back and obtain information on his "capture target". It's a joy to read. Note:
For those that look at the tags and are scared to try this novel due to the "R-18"... more>> and "Rape" tag, I can confirm that there have only been mentions of r*pe and r*pe attempts in this novel. It is not some smut filled with edgy storytelling like other adult novels on this site with gruesome depictions of s*x or any criminal acts. The story is the main focus here, and it is really good. Full of twists and turns.
The adult content is very tame, and doesn't detract from the story. <<less

I guess I need to review this novel. Coming for the yandere tags, I was baited with female yandere.
The female is extremely selfish, unlikable and unreasonable. That was the impression main character gave her. But wait theres more. She's a spoiled child with past trauma, of course her character has some screw off her head.

MC realized that he got transported to otome game, instead playing as usual, he was tricked only to find this is a mystery, psychological, thriller otome game. I cant explain enough, but the MC and his soon to be GF got along very well, starting to develop feelings to each other as friends. In the brink of death, the female realized that her feelings that was previously unsettled and unclear became so intense. Shes aware. I was like "here we go, the bloodbath!"

The concept is quite interesting. I've read the manga before but the art wasn't my cup of tea so I didn't find myself enjoying it as much as I wished to. As I said, I liked the concept of the story so my opinion may be biased from what I read in the manga although it had various plot holes and things that are never explained. ... more>>
Spoiler

HP: A Thief's Downfall and Rise