Novel Updates
RegisterLogin
Theme
Search
Your changes has been saved.
My Master Disconnected Yet Again 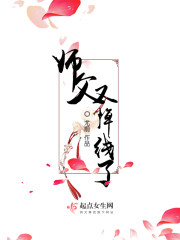 One entry per line
Mrs. Ago
Yóu qián
尤前

Status in Country of Origin. One entry per line
704 Chapters (Completed)

Everyone said that Yi Qing was the number one Sword Cultivator in the world, with a swordsmanship and cultivation that no one could surpass. Whether it was when he was cultivating in the Lower Realm, or when he was in the Ten Heavens of the Upper Realm, he has always been undefeated.

Yi Qing laughed and said: “That is because you do not know of my Master. If we speak of cultivation, I am not as good as she by a long mile. Thinking about it, at the start, out of the ten Heavenly Emperors of the Upper Realm, my Master beat up nine, and the one left was myself.”

“Master? You actually have a Master! Who? How come we never heard of it?”

“My Master is…. Eh? Master? Master! And my Master? Has anyone seen my Master?”

A person next to them quietly raised her paw. “I am here!”

One entry per line
Master Drifting Away Again
师父又掉线了

My Disciple Died Yet Again (9)
Side Character Transmigrations: The Final Boss is No Joke (4)
Eight Treasures Trousseau (2)
My Dad Is the Galaxy’s Prince Charming (2)
My Big Brother is Seeking Death Again (2)
My Disciple Wants to Tease Me Every Day (1)

These are recommendation lists which contains My Master Disconnected Yet Again. You should give them a visit if you're looking for similar novels to read. Alternatively, you can also create your own list.
More Lists >>>

So far, this book is RECOMMENDED. If you enjoy reading effortless super OP and stupid cliche comedies go ahead and read this... But if you are looking for a more serious plot and schemes, please look elsewhere. Each reader has their own standard and preference. As for all types of fantasy novel, read with an open mind. If you like it, recommend. If you don't then step out, no one is forcing you to read. Whether it is trash or treasure it is for you to try and can decide. Reviews often... more>> are only helpful for like-minded people. <<less
0 Likes · Like Permalink | Report

Really enjoyed this novel at first, but then I realized it's pretty close to being the same novel as my dad is the galaxy's prince charming, written by the same author. It seems when the author runs out of ideas, she resorts to the generic cultivation, virtual mmo games, and planet hopping. Was really disappointed with how similar both novels are. Also.. The further on the novel progresses, the.... how do I put this... the stupider the translation gets. By this, I mean it's not... more>> so much that the person translating/editing it is low quality, but that they're just incredibly lazy. Each chapter eventually begins to be peppered with the most absolutely careless mistakes that could have easily been avoided if they had just proof read their own work. Here's a sentence.. Little Shortie at the side stunned. <---- I think they mean WAS stunned. "That your body can't be used anymore". <--- Another careless mistake, only a page later. I won't keep spitting out examples, but the novel suddenly becomes infested with stupid careless mistakes like this every page or so, making it hard to enjoy. Score lowered by another star. <<less
0 Likes · Like Permalink | Report

if you are a fan of Zhu Yao (my disciple died yet again) you would like Shen Ying too (even if the women herself could even be stronger than Sataima). her totally lack of motive and fearless self are the main gag of story. She could just look at the world burn before rush over and save it because it would effect her dinner time. (⊙_⊙) If possible she would wish for a life of just eat and lazying around then sleep (heyyy, that high god over there don't... more>> wake her up, you want to die ?) but it's not mean she is a stupid lazy NEET. Shen Ying is a Ultra Overpowered Ninja MC... with a internet hacker brain (actually she is even more than that)... but too lazy to care about anything else which is not effect her life... like most of realm ascending novel, this novel have a small set of core characters while the side characters came and gone, however the unique way of SY to naming them would help the readers not get lost in middle way of story (she calls her fan girls by their clothes colour, the beasts she met by their fur colour when other being (like Chicken roast girl (her best girl friend), salted grilled fish guy (he actually a king)) by her first impression of them. And all of them moving around in their own world instead of just being a dead end side character like most of other novels. The story is lively and enjoyable. Characters are unique on their own way and alway find their way to keep the comedy frest. Romance is.... wait... What is love ?... can you eat it ?... Diner > Love ! Everyone else : (╯°Д°) ╯┻━┻
Spoiler

SPOILER: she is not the strongest being in the story

Good story. Hilarious. Plot is Ok. All characters are OK. Cook is Ok. MC is not OK. She's nothing but gluttony ad super lazy woman, road idiot, irresponsible master. Worst of all, she criminally changes all the pretty cute-barbie girls (hundred!) into the rambo-muscle hulk ! Hard to say what's bad as the (original) story is only 300+ chapters. But it's fun.. The story is not the developing of MC (but I think most reader would pray that she'd finally develop some bad habit. At least she should remember her disciple/dao companion name... more>> !!). She almost is Mary Sue from start (it's all because of her utmost laziness that she is not). It's story of stories which are linked together through her and her personal cook/butler. Some story is good, some is bad, but overall is superb. Enjoy your life and reading this novel while not being eaten by that distinct super lazy parasite. PS. Good luck that this novel MC has good elder sister who has name. <<less
17 Likes · Like Permalink | Report

It's been interesting to read, so far. The MC is a woman who transmigrated to a cultivation world. She's also a bit listless and is OP. Due to being overpowered and not bothering to correct others much, they think she's a goddess/super strong immortal? She reminds me of Saitama.
16 Likes · Like Permalink | Report

Because of the nature of the comedic loop, sometimes this novel feels like Chinese One Punch Man. That's high praise for the comedy.
9 Likes · Like Permalink | Report

What a riot This novel is really gold!!! Never in my life I've ever expected that there would be CN cultivation novel that would destroy all of the cliche/troupe setting of most of the former ones. The whole novel is full of hilarious moment that would never fail to give you a good laugh This novel is definitely a must read if you're looking for some fun novel to read
7 Likes · Like Permalink | Report

This is a hilarious web novel series by You Qian, the same author of My Disciple Died Yet Again and My Dad is the Galaxy's Prince Charming. The translations are pretty good, but there are times where the terms used change from one chapter to another. The comedy is slap-stick and had me burst out laughing more than once. The MC is a woman who embodies the sin of sloth and cares only about eating and sleeping. The problem is she's so overpowered that one one can face against her. However,... more>> she has no presence, and no one notices her until she speaks up, making her something like a ninja scaring the bejeezus out of this stuck-up hypocritical immortal cultivators. Unlike characters in many other series, she's not a genius Mary Sue--she straight-up says she had to repeat years in elementary school twice, and there are plenty of other characters more cunning than her. The other characters are also well-developed. The disciple is studious and worships the MC. Another transmigrator acts as the straight man or tsukkomi to everyone else's ridiculousness. The combination of characters works well. As for the story development, the disciple is the lead character of a romance cultivation novel. The MC has no familiarity with this novel and often throws tropes on their heads or throws some sensibility on many overdone Xianxia themes, such as using women for cultivation cauldrons. That said, it's definitely more comedy than drama. The world background is a familiar Xianxia setting, but the MC is completely unfamiliar with that genre and has no idea what she's gotten herself into. Overall, this is a pretty fun read for a light laugh. Unfortunately, it goes premium at chapter 32, which is before I could develop the urge to spend spirit stones for this series. It's good, but it's not addictive-level good for me. I may return when web novel tries a new subscription option. <<less
3 Likes · Like Permalink | Report

I enjoyed the novel and laughed a lot as well. But like all novels towards the end, it changes tone. Maybe for others it was ok and necessary but for me. I just... didn’t like it as much ... more>>
Spoiler

For some reason, there was a need to explain her power after she returned to Earth. I thought it would be like Saitama and be ambiguous. Her character changed completely. She was no longer lazy but helping out every where like some busybody protagonist. We found out that she isn’t invincible, just a realm stronger than managers. Also, the pure master-disciple relationship which involved the disciple having fanatism for her master all of a sudden changed into a crush out of nowhere. I’m just saying, at least indicate this before it happened. That’s the thing with female protagonists, always some ugly ass dude just takes our cutie away unnecessarily

The story was good up to chapter 300ish after everything concluded, MC went back to earth then back here again, happy ending. There was an answer to MC OPness at the end also. And that is, I consider giving it 4.5 stars up to this point. The rest no longer have any plot in them just random short stories, 3.5 stars after that. Lonely Moon is more of a MC than Shen Ying, most of the story tell through him. I really want to ship him but, sadly, he has no... more>> partner. :' ( <<less
2 Likes · Like Permalink | Report

So far the story's a lot of fun.
The beginning is great, it's so much fun that without hesitation makes you stay.
The protagonist is lazy, but not in the wrong sense but in a funny sense (Read to understand).
The story so far is great and the development of the world looks good.
As always the author creates situations that you would not find in another novel and makes them a very funny and interesting situation.
I recommend it?
Yes, I certainly recommend it.
It's a funny and entertaining... more>> story that makes you want more chapters...
I'm sure this story will get some laughter out of you... <<less