Novel Updates
RegisterLogin
Theme
Search
Your changes has been saved.
Advertisements
My Ears Say They Want to Know You

Home >
Novel >
My Ears Say They Want to Know You 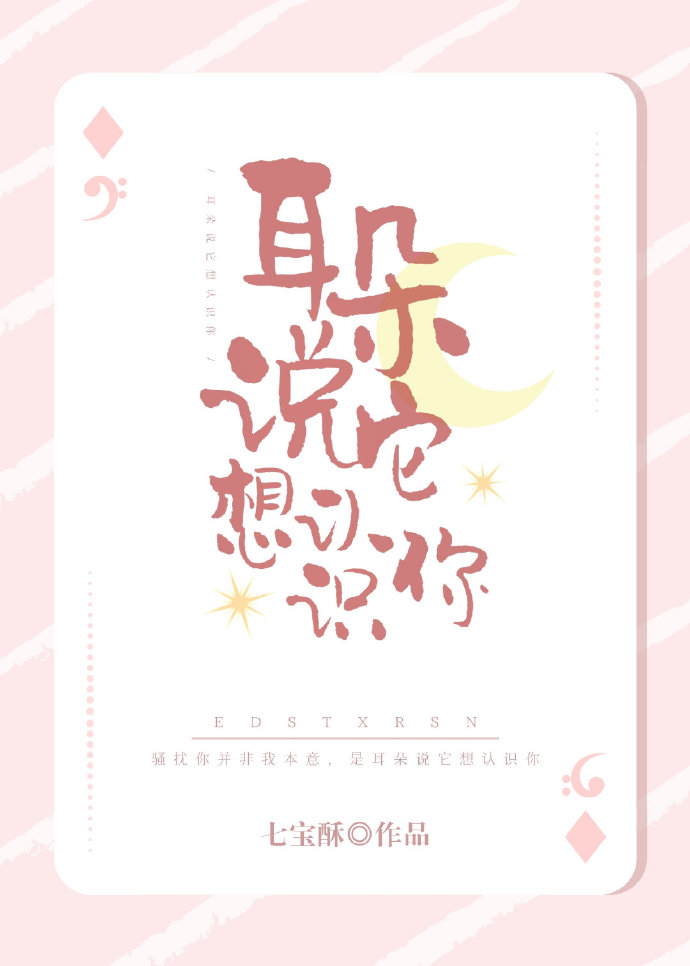 Status in Country of Origin. One entry per line
28 Chapters (Completed)

Pu Tao heard a voice that made her fall head over heels in love with and she couldn’t sleep at night.

After that, she secretly sent a private message to the voice’s owner: I don’t mean to bother you, but my ears say they want to know you.

She forced him to hand over his Wechat ID and even wanted him to send her a voice message saying good night to her every day.

Later, he thought that it would be unfortunate to not be her boyfriend after selling his voice for so long.

One day before going to bed, he said, “I don’t want to be prostituted for free[1].”

The next day, the girl rushed to his livestream to deliver a lot of presents.

Him: “You know that’s not what I was talking about.”

[1]白嫖 (báipiáo) – Internet term meaning fans who do not spend money on their idol.

One entry per line
耳朵说它想认识你

These are recommendation lists which contains My Ears Say They Want to Know You. You should give them a visit if you're looking for similar novels to read. Alternatively, you can also create your own list.
More Lists >>>

ah what good read. Im glad I give this a try. I was just lurking on NU for many hours finding short novel that will give me butterflies but I always end up dropping them halfway except for this one, I was giggling throughout all the chapters The reason why I love this might be cos me and my bf relationship started online too and it's also a long distance so there were few thing that I can relate. The MC personality is very similar to mine so I get a bit frustrated... more>> when she was feeling insecure about meeting the ml. Scared that she's gonna make the same mistake like I did but thank God she didn't. She was flirty online but very shy in person but also will follow her heart and take the initiative during skinship the ML is like a breath of fresh air. Not your typical possessive cold and aloof ml. Just a normal guy who fell in love with a girl bcos of her personality Really wish it was longer though. I want more of their daily life living together together <<less
0 Likes · Like Permalink | Report

This a sweet, short and fluffy story. I especially love our MC 😍. She is so cute and straightforward. She feels inferior because ML is so handsome and rich but she doesn't keep her insecurities bottled up and tells ML what she feels. Even for skinship she takes the initiative. I was like Awwwwww🥰🥰
6 Likes · Like Permalink | Report

I was giggling the whole time I was reading this. This was so sweet and fluffy. Our FL, Pu Tao, fell in love with the MLs voice the first time she heard it. With the help of her bestfriend she chased him online. I can really relate to her inferiority, that despite her bestfriend telling her she's pretty but she can't help but still feel that she's not enough and chickened out after she saw ML. Their initial awkwardness after meeting for the first time was so cute T_T. And ofcourse, just... more>> like this author's other work, its short and I need more! She's really good at making people want for more huhuhu I love her tho And also thank you translator for the great work! I'll prolly reread after the translation is complete. <<less
6 Likes · Like Permalink | Report
Advertisements
Leave a Review (Guidelines)
You must be logged in to rate and post a review. Register an account to get started.