Novel Updates
RegisterLogin
Theme
Search
Your changes has been saved.
Advertisements
My Body Has Been Possessed By Someone

Home >
Novel >
My Body Has Been Possessed By Someone 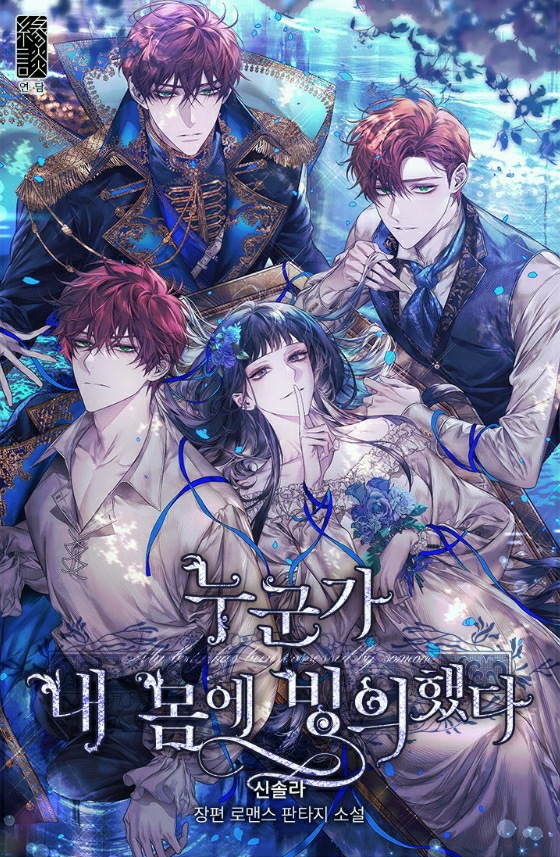 Status in Country of Origin. One entry per line
269 chapters (Completed)

What an abominable delusion.

For more than 10 years, my body was possessed by someone else. It would have been nice of ‘that person’ if she used my body and returned it in a good condition, but not only did she get married with my own body, she’s also clinging to her husband like a stalker..?!

I tried to start a new life by dumping my husband, who has been treating me like tr*sh, and my family who treated me like dirt.

“Leaving? You will leave me?”

My husband who doesn’t believe me.

“Why are you taking his side, sister?”

“Stay in this house. You can’t go anywhere.”

Even my father who hated me all along is suddenly obsessed? What’s wrong with them all of a sudden?

These are recommendation lists which contains My Body Has Been Possessed By Someone. You should give them a visit if you're looking for similar novels to read. Alternatively, you can also create your own list.
More Lists >>>

I can't. I tried to keep reading, but I had to stop. I was too furious at everyone and everything. I'm barely forming coherent sentences to just vent everything I need to get off my chest. I'd give a more cohesive review like I typically do, but this novel made me mad every single chapter. The female lead is alright, although too much of Mary Sue. I do not think most of what happens to her is her fault, she's just trying to live a better life for herself with no... more>> one to depend on. I'm pretty glad that she doesn't accept any forgiveness from her brother after years of abuse on her. She just wants to be independent, and cut ties with all the people that humiliated and tormented her for years. That much is fine. Now onto the spoilers.
Spoiler

First, I'm absolutely sick of the trope where cold CEO-type duke who thinks "breaking off" means "I want attention from you." Look she just wants to cut ties from you. Just what kind of evidence do you want? If I were in her shoes and received 7 years of mistreatment from maids and stepmother I too would get the hell out of there. Just because she piqued your interest doesn't mean you can pretend she's not feigning interest in you.

The first time, I was pretty mad but I let it go. But every time she's about to cure someone, that someone gets poisoned or whatever because of jealousy from some petty antagonist. First poisoning a 7 year old sweet kid, and nothing even happens to her? Then someone else poisons crown princess like literally wtf, how is that person not executed on the spot?

What's with her brother feeling so entitled for forgiveness? Imagine being so high up on the horse that after years of neglect and abuse on his sister, just because she "changed, " allows you to say a simple sorry and get along again? Then when she rejects him, he gets mad?

[collapse]
Her misunderstood father, the psychopathic prince, evil sister, mother, stepmother, I literally hate every single character in this story. Translation was done pretty well though, which is what made me read the raws in the first place, but I literally can't anymore. I'm tilted off the face of the Earth. Thanks for coming to my Ted Talk. <<less
43 Likes · Like Permalink | Report

Essentially FL is an abused illegitimate child originally from a novel who traded souls with a reader from Korea. The FL, while in Korea, worked hard and became a doctor and entrepeneur with a great boyfriend she intends to marry. The Korean girl on the other hand chases after men without dignity, ruins her reputation, gets her into a non-beneficial marriage contract and allows servants + mother in law to mentally and physically abuse her. Then the two suddenly switch back and FL has to deal with all the cr— that... more>> this reader girl has done. Where the latest update left off she punished a servant who mistreated her and the mother in law arbitrarily comes and rips her to shreds with a whip. FL doesn't back down and I thought this made her so cool. Here's the catch though. I read the novel spoilers
Spoiler

The contract husband who hates her (the girl who possessed her) saw the physical abuse and was like "whatever deal with it." I understand that transmigrated girl harassed him but it doesn't justify being okay with her getting beaten to this point.

Contract husband finds out about her medical skills and starts to flirt with her trying to reap some benefits. Refuses her divorce request.

Apparently like 100 chapters in this jerk still won't let FL go. I like FL and I hope she never warms up to this a—wipe. If she does wreck all these mofos in the future I will happily give this 5 stars.

[collapse]
IDK if it's just me but I don't think it will be fair if the transmigrated girl gets to live the good life Canna (FL) worked for. This is kind of malicious and unjustified but I honestly hope she messes it up for herself because of what she did to Canna's body. <<less
34 Likes · Like Permalink | Report

I like the FL. Strong, smart, and doesn't put up with BS. So why the hell is she putting up with that ML? He's just another cold CEO type who arbitrarily decides whether he likes someone or not, and to the people he doesn't care about, he just throws them away. What a boring character. She can do so much better than that arrogant sack of shit.
11 Likes · Like Permalink | Report

tough FL = I love it!!!!! Premise is very interesting although I can already see some angst and hardships, hope the ML all go to hell. Now that I think about it its really similar to “death is the only ending for the villainess” but hope she won’t waver and forgive them easily or at all!!! Anxious for more!
7 Likes · Like Permalink | Report

I've only been able to read 9 translated chapters, but from what we've seen, omg, Canna deserves so much better than the shitty ass life that reader idiot got her into like wtf. Wtf. Sylvan is a b*tchy ass cold boy and I have no patience for his bs. I'm hoping that since Canna had a goos boyfriend she was planning to marry in Korea, and had a good family there, she won't lower herself to his nasty ass.
5 Likes · Like Permalink | Report

I like the concept a lot, MC gets transported to another world (Korea) works hard and gets a stable life (she became a doctor), even got herself a boyfriend until one day she went back to the world where she originally came from. A very abusive family, she found herself in a terrible situation clinging onto a mans pants. She changed a lot after her stay in Korea, which is reaallyy satisfying to see. It's frustrating to see them treat her like sh*t especially the maid, a mere maid dared... more>> dump water on her ಥ_ಥ About her family-
Spoiler

Her dad (Alex) ignores her half the time, cold gazes absolute no interest in her

step mother- also cold towards her

[collapse]
when she returns to her "home"
Spoiler

(she was literally locked in the basement for years)

this one is funny because his brother Kullen always had made fun of canna for having black hair and black eyes, calling her ugly and stuff. In order to cover her eyes she grew her bangs and hid her beauty (at that time she had low self esteem and thought she was actually ugly even she's noottt) She decides to cut her bangs and attended a party, she stood on the balcony (it was night so it was dark) and then Orsini walks in and totally didn't recognize her since it was dark. That f*cker confessed there and said "love at first sight" she decided to play along to see his shameful reaction after finding out.

[collapse]
why Isabelle (step sister) is a terrible person -
Spoiler

Lucy started to get better, orsini treated her better and she got jealous. She asked one of the maids to mix poison in Lucy's tea and made it seems like something is wrong with Canna's treatment. Don't forget Canna was a doctor and recognized the smell mixed in the tea leaves. She knew there was poison and asked Isabelle to drink it as a test but of course Isabelle refused knowing there's poison mixed in with it. She later on confessed everything.

I was super hooked in the beginning so I went and read spoilers.
Spoiler

The ML is Alex (yes, her dad Alex). But apparently they were old lovers or smth so I'm guessing he's not her dad. More overly complex plot yadayadayah. Look at the spoilers if you're confused, I'm not sure either.

[collapse]
I'm not going to read all of the spoilers, instead I'll go to bed and probably drop this. It does seem really interesting at the start though, so I might follow along with the translation.
0 Likes · Like Permalink | Report
Advertisements
Leave a Review (Guidelines)
You must be logged in to rate and post a review. Register an account to get started.