Novel Updates
RegisterLogin
Theme
Search
Your changes has been saved.
Advertisements
My Beloved Concubine Only Wants to Eat Melons

Home >
Novel >
My Beloved Concubine Only Wants to Eat Melons 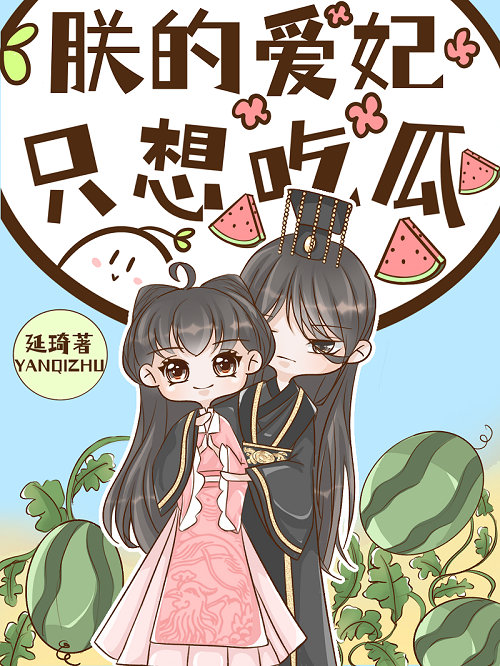 One entry per line
延琦

Status in Country of Origin. One entry per line
Completed (116 chapters)

The palace full of concubines tried to win his favour, only she, immersed in a melon eating system, has no time to spare for him.

[The heir of Marquis Lin Wu isn’t his son, tsk tsk.] [A high ranking official in the conservative Ministry of Rites is unexpectedly taking part in a taboo relationship with his own daughter-in-law!!!] [Grand Princess Yi Ma’s prince consort has unexpectedly raised several concubines outside!]

Everyday is filled with gossip, who would still remember who the Emperor was?

How would she know that one day, she actually ate a shockingly big melon——

[The iron-blooded Emperor who seems cold and aloof on the surface actually suffers from an unspeakable unmentionable disease.]

There seems to be something wrong somewhere… then what did she enter the palace for?!!

Since his ascension to the throne, he has gradually lost his male functions; yet at the same time, he can read minds.

Getting used to seeing their false words and hypocritical faces every day, he grew all the more unfeeling.

That was, until one day, he heard a special heart’s voice——

[Isn’t this a f*cking waste of natural resources?]

Yu Wen Lan paused, narrowing his eyes to look in the direction of a delicately pretty and pure looking girl.

[God, for you to make such a handsome hunk unable to XX, doesn’t your conscience hurt at all?] [Is there any way to revive it???] [Ten-fold complete rejuvenation of spring pill, restoration of a man of character pill; if those don’t work, then have you tried return of the yang acupuncture?]

Until she ascended to the position of Empress, Yan Shu also didn’t know how she had jumped unreasonably on the Emperor’s bottom line repeatedly, yet had jumped straight in, becoming the first person to be in his heart.

Perhaps, it was just her good luck.

One entry per line
朕的爱妃只想吃瓜

These are recommendation lists which contains My Beloved Concubine Only Wants to Eat Melons. You should give them a visit if you're looking for similar novels to read. Alternatively, you can also create your own list.
More Lists >>>

This was very interesting and funny to read in the beginning but it got so boring later. The repetitive cycle of FL writing novels and ML punishing them got so annoying after some point. Importantly, doesnt the FL think about the consequences of writing such stories? What would the king think if she gets all that information about prominent people? If he dint have mind reading skills then she would definitely have been imprisoned and tortured asking where she was getting all that info. Also her stories punish the criminals but... more>> it also implicates a lot of other innocent people, like the son of the marquis who was not his original son. This was exposed but what happened to that kid? Won't he be thrown out and tormented all his life? She just cares about money and food and her family, nobody and nothing else. I got really annoyed by her constantly thinking about food even when there was so much happening around her all the time. Just like eating and watching drama on TV. That's real life not some drama where although some people are punished a lot of other people are implicated and hurt too. She doesn't care at all about anything else just sitting and eating. This was funny in the beginning but after repeating again and again I just felt the FL was really cold hearted. Anyways this was my opinion so I will stop reading it here. <<less
2 Likes · Like Permalink | Report

You need to be a very specific reader to like this: first, you must be tired of all the scheming-making-your-head-hurt harem striving for favor, the trope of love wins in the end and the plot being the protagonist suffering and struggling through life and death just to experience a bit of love... Yeah, this is not it. In fact, you must be looking for a romance between an interesting, odd female lead and a straight man of steel, where their love buds very very slowly but you still get to... more>> see glimpses of what's going on. And comedy, much, so very much comedy and slice of life. This is a novel that lasts 166 chapters, the romance is like 30% and the gossip/humor is 70%. As a reader who gives herself some rights (following Daniel Pennac), I believe it is healthy and alright to just skip some bits. You don't really need to read the cooking, her recipes, her drooling over the food, or how she's dressing, and instead of getting bored reading those bits, just skip it and be happy! If you skip those parts that make it boring and continue following the story, you will find that it's a good story to pass the time and have some laughs. This was by far, one of the funniest and most non-stressing novels ever, taking into account that it actually takes place in the harem where people should be fighting each other for favor. And I think this was one of my favorite pairings ever because it didn't feel like the male lead was pampering her, but they were really like a grown-up couple where each had a set of ideas, goals, and lifestyles and they just happened to enjoy being and having fun together. Really give this story a chance! <<less
3 Likes · Like Permalink | Report

Novel not recommended to read. The heart of this novel is 3-5 parts: 1) Mc’s melon eating system activates and she gets unlimited OP gossip about the horrible evil Chinese people (mostly scum men and random inters*x villainous perverted Eastern Japanese) ... more>> 2) ML Emperor reads Mc’s Mind and is shocked! He orders his useless Emperor guard to investigate and then discovers that MC is correct. (Later on he just trusts her and always effortlessly catches the villains.) 3) Shocking reveal! (MC goes by a Pen Name and writes stories about the evil people revealing the truth with a fictional ending) 4) A New Scum Appears! Early half of novel up to around chapter 40 is evil concubines of emperor and later half is more general evil scum. (They are all vicious people who get taken down). 5) Short Lull in story where ML emperor is concerned about being impotent until he gets cured. This is later replaced by s*x between MC and ML, and then finally MC being pregnant. Also MC being obsessed with food! This is actually half food novel where the author fills paragraphs describing food conditions in order to make more money (higher word count = money.) Why Not To Read: There’s too many fodder scum to go into details and a lot of punishments are boring. For the most part the plot follows the same cycle of MC discovers something, then ML orders someone dragged away and tortured, and then resolution. The romance is extremely fleeting and the ML is less than ideal, mostly being a resentful non-communicative scumbag who didn’t care about his harem with an equally scummy Queen Mother. Later on there’s a romance between Queen Mother and Qi scholar that is dragged out way too much and really dampens any sort of plot in the novel. There’s very weak comedy. Most of it is ML being shocked, and MC indulging in food. There’s considerable lack of reason to keep reading especially after MC and ML get together due to the fullness of the story. There’s a tiny pinch of Chinese racism but that’s how all their authors write ancient emperor times. There’s way more moral double standards going around, but that’s mainly due to the female MC and male ML not seeing eye to eye on gender concepts. The ML rarely comes off as a great person until much later when he’s more accommodating toward the MC. He never apologizes towards her once. -900Trillion/10 Bad. <<less
3 Likes · Like Permalink | Report

Damn, it was good! This story is filled with gossip. Maybe it can be titled how to conquer the world with gossip lol. MC has melon-eating system, basically a gossip system (what a new concept) where the system will give gossip from time to time. While ML has mind reading skill so it seems funny that he can also see first-hand gossip and gradually enjoy it. Even the empress dowager also become a fan of gossiping. Truly, how modern it is lol. The story is 1vs1 all the way. The other imperial concubine... more>> quickly get resolved with the all-powerful gossip system. Their family and themselves had a lot of dirty secret. And finally, I can read a story where MC experience pregnancy from beginning to end up giving birth. Usually they only gave birth as an epilogue. <<less
2 Likes · Like Permalink | Report

I finished this novel in a few days without getting tired of it. It was amusing, easy-going, no drama, no tragedies. It really was mostly about gossip and how the MC resolved it with the help of her mind-reading hubby - the emperor. The story was heart-warming and all about justice served. I enjoyed reading it and can definitely recommend it to readers who want a relaxing novel where everything goes smoothly for the good characters.
2 Likes · Like Permalink | Report

At first, I still on my mood for read 'melon eating', but when at the 100 more chapters (The Qi Family's melon), I just read on the surface. For all, it's still on my favorite story and you must read it. I love the last part. I thought I will read the story of 'read minding' of their son when their son grownup, but didn't.
1 Likes · Like Permalink | Report

I finised this novel just a few hours ago. This is very entertaining, every chapter would crack you up from the two main characters' 'melon eating' habits. The female lead, Li Yan Shu, up to the very end didn't give up her CP (the QDowager and her Old Qi). She has a system that delivers gossips and warns her of immediate danger, but belatedly warns against dangers not related to her. The emperor has a 'pole' problem for three years but was cured right at the middle of the story.... more>> The main character took up writing using her system melons. The narration of this story is very humurous until the end. <<less
1 Likes · Like Permalink | Report
Advertisements
Leave a Review (Guidelines)
You must be logged in to rate and post a review. Register an account to get started.

The Starcraft System in the Far...
Advertisements