Novel Updates
RegisterLogin
Theme
Search
Your changes has been saved.
My Beastly Husband 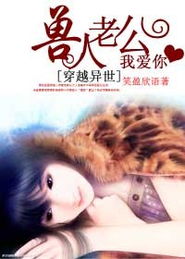 Status in Country of Origin. One entry per line
207 Chapters (Complete)

The story is about Mu Sha, who jumped off the cliff and wanted to end her life.
But somehow, when she woke up again, she ended up somewhere otherworldly. It took her a week to realize that she was in a different world.
A beast world in which neither male nor female was present.
The ones who could transform into beasts were males and those who could not were females. The females in that place had male organs. It could be said that the beast world was a male world. Yet, she was the only one who appeared to be a different kind of female from the rest.

One entry per line
我的兽人老公

These are recommendation lists which contains My Beastly Husband. You should give them a visit if you're looking for similar novels to read. Alternatively, you can also create your own list.
More Lists >>>

HOT DAMN! This is the CN version of Mature Beauty and the Beast.? ... more>>
Spoiler

The story is Great. Drama is not much but GREAT. Romance is Great. And s*x... It’s HOT HOT HOT (GREAT).

How do I even begin with him...

For short he’s perfect s*x himself in human form. He starts falling in love with the female lead first because he started to get jealous seeing her with Ryan. He had an ex Fiancé which he promised to marry but he didn’t love her (him rather?) but he got set up with the female lead because she was fertile. No much torn up sh*t for him because he just wasn’t in love with Philo just that maybe Philo confessed to him and he just accepted her?? Just maybe some times where he is also very DUMB. He let Philo stay in their house like dafuq dude? Not the smartest male lead but his handsome face made up for that. Also, He’s very loyal and loving. But he tends to be a beast in bed.

She’s not the best but she’s okay. She is also not the smartest female lead. When Philo Confessed again to Chelsea (give a fruit basket to a guy and if he accepts, thes the guys okay but if the guy rejects then the girl is also rejected), the M.L. didn’t accept because he loves Mu Sha BUT this girl knew nothing and accept Philo’s fruit basket ?‼️ Most of the drama was made by this GIRL herself really. Doing this and that Ugh. Let’s not even. She’s not that bad, it’s just that she’s a bit it average except for her face and the best thing she did was to give birth to twin white lion cubs. ?

He’s the second male lead but he soon will find his own female lead and be his own Main Male lead. He also tends to be a beast in bed. But he will experience a lot of heartaches some because of Musha but he will move on and most of it like 95% are from Tian Xin.

Unlike Musha who knows she’s staying for good, this girl wanted to go home. She fell in love with Ryan though and Because Ryan was afraid she’ll be kidnapped, he got her pregnant. Still, this gurl didn’t give up and wanted to go home. She DID find the portal back but because of her baby and she also fell in love with Ryan, she stayed for good. Her baby was a girl BTW.

She pushed Musha and almost killed her babies. She got caught and was soon to be burned by Chelsea but Tian Xin saves him-her. She will fall in love with a Bear named Nita who will love her back. Musha didn’t know they would kill her but she was glad Tian Xin saved Philo.

I don't even know why I'm still reading this. It's mostly bad s*x or s*upid drama related to s*x (mostly about how ML is way too rough and causes horrendous pain to FL every. Single. Time.) Like, I'm worried about this author and all yall virgins reading this. S*x is NOT supposed to be painful, most of the s*x in this story is r*pe, and for god's sake if you're into anal, the ass DOES NOT LUBRICATE. If someone's ass starts "secreting fluid" then they're either bleeding or having diarrhea.... more>> There's a reason why people use lube, and even something like olive oil can be used (it was good enough for the ancient Greeks!) so even with "primitive beastman culture" there's just no excuse. To the poor bastard who reviewed this and said it was "good for learning" holy sh*t please go do some actual research before attempting to ever have s*x. <<less
21 Likes · Like Permalink | Report

This story is more like slice of life with pretty much every chapter filled with smut. Every chapter is about A go to B/C/D, with a lot of painful FL griping and half hearted refusals. It gets kind of repetitive, and the romance just sort of grows through the smut kind of like those hentai mangas. There's not too much explanation on why the FL or the secondary FL came to this beast world, or why everyone thinks a real female human would be able to procreate better than their... more>> male/female partners. They seem to be able to procreate fine despite the male genders of the beast world. Overall, it's short and full of smut. The secondary couple wasn't as interesting as the first and ended kind of meh too. <<less
8 Likes · Like Permalink | Report

Okay... This is actually really interesting. I thought the FML would be *ahem*s*upid/very naive, but she was actually pretty normal. I admire her for adapting easily to the situation and for thinking logically :) I was actually surprised when the main race portrayed here is beastmen since this is the only chinese novel I've read that contained this kind of plot, so in my opinion this is actually pretty refreshing. Also I want to know how the beastmen find their mate... or do they just pick who they want to... more>> be with? Anyways, the only thing I found uncomfortable here is the way the ML force his "thing" in the FML's lady (I know it contains -rape- but still, I'll read it if the plot is good ("-_-)). I'm a female myself and I couldn't help but imagine how painful that is. It's like mental torture, you know. I hope the ML harbor enough care for the FML and stop this, but then again the romance is just starting (well not yet, but soon)... <<less
6 Likes · Like Permalink | Report

I totally agree with MsBlueMoon2, s*x is NOT supposed to hurt (maybe a little the first time, but not always), and if someone says it hurts and doesn’t want to continue, just STOP, No it's NO, and if you say no and he continue, it's r*pe. So, in this novel there is a mixture between r*pe and constant coerci*n. ... more>>
Spoiler

Even when a new "love interest" appears that seems obviously better, she stays with her "husband" because it seems that she has some kind of "duty" to do so.

[collapse]
Just a VERY BAD example of what to do if someone is mistreating you. And whoever said it was "good learning material" obviously has no idea. If you need to learn about s*x look for a suitable book, there are hundreds of them on the internet. That said, if you are aware that in real life this behavior would be wrong, everyone has the right to read whatever they want. <<less
3 Likes · Like Permalink | Report

Came here for some snu-snu~ But forced s*x is just a big no-no for me, so.. 😭 -100/5 stars 🙃
0 Likes · Like Permalink | Report
Leave a Review (Guidelines)
You must be logged in to rate and post a review. Register an account to get started.