Novel Updates
RegisterLogin
Theme
Search
Your changes has been saved.
My Amazing WeChat is Connected to the Three Realms

Home >
Novel >
My Amazing WeChat is Connected to the Three Realms 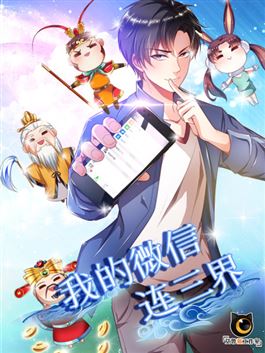 Status in Country of Origin. One entry per line
3335 (Ongoing)

One entry per line
shenqi

Leo, a common middle school student, was accidentally invited to a Wechat group full of legendary immortals, such as the Monkey King, ErLang Sheng, the Dragon King of the East. Since that day, his life completely changed. With the mystical items receive from his WeChat group,

One entry per line
我的微信连三界

These are recommendation lists which contains My Amazing WeChat is Connected to the Three Realms. You should give them a visit if you're looking for similar novels to read. Alternatively, you can also create your own list.
More Lists >>>

There is no harem in this

There is nationality in this

At chapter 1400, the main female leads "awakes" and leaves MC for over a thousand chapters.

The MC hasn't found her yet, nor has he become an immortal, so we have the MC chasing the female lead for over a thousand chapters.

The MC personality is annoying. He doesn't kill and this always results in his enemies coming back to hurt his loved ones. Sometimes, some of them nearly dies and the MC never learns.

The MC is also weak and somehow on this earth, where nobody is supposed to cultivate, there are powerful and rich families who are cultivators.

they going around throwing billions of dollars and using their cultivation powers to brainwash people. Not to mention that there is also a huge island with people who are half-step immortals.

I reincarnated as an insignificant side...

To Build An Empire
Advertisement