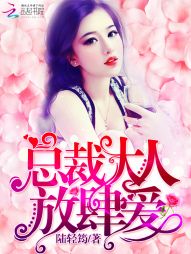 Status in Country of Origin. One entry per line
3039 (complete)

“Become Mrs. Lu, I will give you all you want”

His proposal is so overbearing, in order to retaliate to that scum, she promised to be his wife for one year. The first time she met him, she was eaten by him. The second time he met her, she got drugged and he was the only antidote. The third time they met, they rushed to get the marriage certificate. She returns to his home and became the envy of the city Mrs. Lu.

Rumors say the ruthless and cold Chen Shao dotes on her to the extreme. Little did he know, the way he spoiled her, taking a damage on her. One day she could not stand the man strong tyrannical way of loving, Leaving a paper of divorce agreement, she climbs over the wall to escape……..

However unexpectedly, the moment she barely climbs over the wall, the man grabbed her ankle pulling her down. she fell in his bosom, with his hoarse voice he asked her: ” Woman, Where do you want to take my son?”

These are recommendation lists which contains Mr. President, Unbridled Love. You should give them a visit if you're looking for similar novels to read. Alternatively, you can also create your own list.
More Lists >>>

"Mr. President, Unbridled Love" takes the best parts of "Hidden Marriage" and "A Naive Short-Tempered Girl" (though nowhere near as rapey, angsty, or abusive as the latter) and makes a great romance with a surprisingly involved mystery. If you love the two Buns from Hidden Marriage, you will definitely enjoy Mr. President. It has political intrigue, nasty villains, character growth, surprisingly relevant issues with the main characters that drive the story in interesting ways, super jealous/possessive lovers (and children), and of course, a modern fairy-tale of a romance. One of the... more>> things that I really appreciated about Mr. President is that while there are some cliche plot developments, for the most part, the author tried to stay away from the predictable endings often used to make stories super angsty and melodramatic. Mr. President instead intentionally veered away from those "developments" which meant that I didn't get burned out on the story due to the overblown melodrama and instead ended up spending like a week straight reading it rabidly. On MTL no less. While the story is not completely original (as they never are), it is much deeper than the description would make you think, and overall, the story is very well worth reading and has become one of my favorites. Additionally, the MTL of Mr. President is surprisingly easy to read, particularly on Bing Translator. Google Translate is okay, but Bing was more coherent on this particular story. <<less
33 Likes · Like Permalink | Report

4.5/5 Ah... much like Hidden Marriage, my thoughts on this story is rather conflicting. On one hand, the majority of the interactions between the Main Couple is sweet, the plot and story events don’t get dragged out too much and is entertaining but on the other hand the various twist and turns and the characters themselves make me want to tear my hair out. ... more>>
Spoiler

When you start out the novel you expect the typical storyline of a domineering ML who needs an heir and the lucky-yet-unlucky MC who will be endlessly doted on. I won’t say it isn’t about that, but as the plot deepens you find out what the ML was looking for was a surrogate mother to a child for a sick woman with a heart condition who saved him when the hey were younger and he had promised to marry. You find out that he didn’t tell the MC this, or even the fact he married her for a child she will not be able to raise, and let their feelings deepen while still promising the other woman he will marry her. You will find out he reproposed to the MC, told her he loved her, and even got her pregnant, only to still conceal the fact about the other woman and his promise to marry her. The other woman, as expected, is not as innocent as she looks and even plots to kill the MC, who finds out and then plans to divorce him through the all-time romance cliche... losing her memory. Except she is faking it. This arc was actually pretty sweet, you get the heartbroken ML and MC, the angst and sweetness, but the reason why the arc had to happen at all annoys the hell out of me. Oh, and if I’m TL-ing this right then the 550 ish chapters I skimmed through covers only the first 3-6 months of their year-long marriage, you’re in for a long ride. This story has a HE but much like HM, you’re in for a lot of twists and turns.

The characters. You can probably tell I’m not happy with the ML, but while he can get a bit aggressive on some parts, and exempting his decision to not tell the MC the real reason why he married her (on that note, I’m not happy with the MC either. It’s understandable that she was desperate and at the end of her rope but a little suspicion, common sense and wariness wouldve been nice) he isn’t the worst ML. He respects the MC and while I sometimes think there’s a hole in his head somewhere— but then again, there usually is one in every ML —that’s what sets him apart. From start to finish he carried a strong respect for her, a part of his mind might view her only as a surrogate mother (for example at the start when he found out she had bad eyesight while he was comforting her and was rethinking his decision to marry her based on if that was genetic, and hence will be passed on to his child.) he had planned to make the the most respected Mrs Lu, he planned to make sure no one slighted, bullied or look down on her and not just because of him, but because of herself. That’s honestly what made me give this novel 4.5/5. The MC isn’t like the MC of HM, she isn’t a [email protected], or all-round capable, or a Mary Sue, she was weak at the start but with the ML’s support she slowly became stronger. The MC didn’t have some grand plan of revenge, she wanted it, but at the same time she was weak, penniless, and helpless at the start, she was desperate and lost until the ML let her become stronger and stand on her own ground. Her scheme to divorce him for one, was is a clear sign of character growth since at the start the best she could come up with was to try and convince the Lu matriarch (ML’s grandmother) who liked her to support her in divorcing her ex-husband.

Some characters, you will absolutely hate, but that just shows how good the author is. But don’t worry, as always, they will get their dues.

[collapse]
Comparing to HM, I prefer LTX (HM’s ML) over the ML of this story. But, with the MCs, while I like HM’s capable MC, I prefer the realistic, and relatable MC of this novel. Comparing the storyline, I like this one over HM but HM frustrates me a lot less. This story is a lot more dramatic then HM, at least that’s what I think, but I prefer the calm, natural tone of HM. This story is realistic, but some parts hurt my head. Regardless, it is well-written and easy to read via MTL, if you like Hidden Marriage (HM) then you are likely to like this story too. <<less
12 Likes · Like Permalink | Report

so far so good.. It was like soap drama I guess just in novel version. got ups & down but at least the down version was not keep long enough I guess for different type of problem. also the romance is good enough lol & it was satisfied ... more>>
Spoiler

the ML 2ND personality make me cry when it time for he to say goodbye. He was the 2nd ML I guess lol & I it make u get the 2nd male lead syndrome lol. I love him & pity for him. Hope the ending was good for both of the personality.

Love love it this story... The President Unbridled Love and the Super Daddy Awesome but unfortunately both translator stop translating this nice story... hope someone will pick up the story and continue translating this :)
0 Likes · Like Permalink | Report

You will like this if you are a drama lover. In my opinion, it is quite dragging. This story have short chapters and it have a lot of things going on at the same time that I ended up frustrated (for me). ... more>>
Spoiler

I'm at 300+ chapter and we have Gu (ML's white lotus), FL's aunt, grandmother's fraud, ex-husband's family parasite and bff that is her ex-husband girlfriend. We get here and there every chapter because of that. I'm just waiting for the part where they are going to separate because I'm annoyed reading ML/ white lotus part lol and this story is cliche. I'm shocked that there are no amnesia haha. Maybe there are? I have 700 left *shrugs* If you read enough dramas, you know what's going to happen.

This do have amnesia but with a twist. This story is full of cliche plotline. They do cleanly cut all the antagonists tho but they do seem not realistic. Like they beat a girl in public etc. Maybe I got used to leads ruining their enemies from the foundation secretly. However, this is fiction. So, I don't mind. I dropped this tho because I got tired after 1950+ chapter in.

[collapse]
To those that like this story, don't come at me. I recommend reading this if you're a drama lover, patient and please don't have high hopes for the plot. <<less
0 Likes · Like Permalink | Report
Leave a Review (Guidelines)
You must be logged in to rate and post a review. Register an account to get started.

Summoned to a Shattered World