Novel Updates
RegisterLogin
Theme
Search
Your changes has been saved.
Mistress, I Want It~ 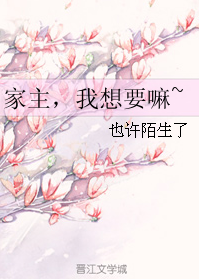 One entry per line
也许陌生了

Status in Country of Origin. One entry per line
Complete (13 chapters)

This is the story of the rebirth of a blackened undercover fairy, and her various attempts to seduce and take liberties with her frigid mistress!

Her primary goal is to seduce her mistress, while her secondary goal is to massacre all that follow the correct cultivation path — all so that she can single-mindedly crawl her way into her Mistress’s bed!

One entry per line
Jiazhu, Wo Xiang Yao Ma~
家主，我想要嘛～

These are recommendation lists which contains Mistress, I Want It~. You should give them a visit if you're looking for similar novels to read. Alternatively, you can also create your own list.
More Lists >>>

Hello, translator here... I was recommended this novel by a reader and I'm glad that I chose to translate it. I'm always a sucker for tragedies, misunderstandings, and angst, and this novel is chock full of all of them. ... more>>
Spoiler

Qiu Qiu's cruel treatment and death in the end was such an unexpected event compared to the relatively happy mood of the beginning of the novel. As she wastes away slowly, her death serves as her penance for betraying Qian Jia in the previous world.

[collapse]
I have to say that this is a short tragedy. I know some readers don't like short stories or tragedies and give low ratings solely because of that, but if you are into it I would recommend you give this a try ;;;;;; <<less
3 Likes · Like Permalink | Report

This novel is very emotional and kind of a roller coaster ride. There's a nice twist in the middle. ... more>>
Spoiler

The nice thing about the way tragedies are defined in NovelUpdates is that they can have semi-happy endings. And this is one such tragedy: exact details in the last spoiler.

In the last scene, the titular mistress commits suicide after Qiu Qiu passes away. However, there is a tiny epilogue where she once again wakes up in the past, sees a flower that Qiu Qiu once gave her, and smiles. The smile's meaning can be debated.

I read 4 chapters (translated) and after that, I had to read more, so I went to the raws and finished it. The raws were google translated so not the best but the gist of the story was understood. I hope the rest of the chapters can be translated in the future because I would still read it again, it's that good. It really pulls you in the more you read. ... more>>
Spoiler

The ending made me nearly cry my eyes out but I was also a little confused after the teary bit, because it was google translation. Basically, the part that makes you all heart wrenched, there's one final part that ends the story. I can't tell what that final part is because the Chinese translation by google is literally you doing a lot of guess-work. I think it might be a happy ending and maybe the translation is Qiu Qiu (at least I'm hoping) so one more final rebirth (it would make my tears dry up if this is true). The way it's written about the when reaching 100th something then you'll reach rebirth ad about the rebirth tree essence still being around so I'm guessing they both rebirthed and ended up together. But like I said, the translation makes it hard to tell. It's either the grandmaster rebirth and talked to Qiu Qiu with a smile or the Grandmaster reached the 100th demon level died and came back and is talking to a servent but Qiu Qiu is still gone. I don't think it's the second one though.

Deepest Dungeon: Mark and the Lord...