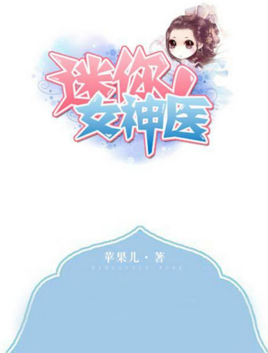 Status in Country of Origin. One entry per line
3 volumes (141 chapters + 1 extra)

The purple star appears, the land under the heavens is shaken into disorder! Here and now in this chaotic world, who will rule in this rise and fall of fortunes?

He, insidious and callous, the lord of the Western Chu who pledged to seize the entire world — XiMen QingTian?

He, of heroic passion and ten thousand battles, the crown prince of the Northern Yan with a heart connected to the world — BeiTang JiFeng?

He, of demonic charm and abounding evil, the monarch of the Southern Zhu who plays with the whole world — NanGong GuYue?

He, cultured and refined, the prince of the Eastern Qi who forsook the world — DongFang MingXu?

He, sword courageous and qin heartful, the first gentleman of the jianghu who is brave and talented, confident and free — ShangGuan YuChen?

When they met the steady and unperturbed, calm and collected her, the her without desire and demand, everything seemed to change!

She let them understand a fact of objective existence that had yet been ignored by the people of the world:

Who said that women are not equal to men?

Who said that women rely on the peach blossom face of beauty?

Who said that women are unable to support this side of the sky?

Yet, watch how she transforms into a butterfly, roaming the jianghu, galloping on battlefields, stemming the raging tides?

Yet, watch how she does not rely on her appearance, merely using the inherent qualities of daughters to handle a crowd of smart and talented overlords?

One entry per line
迷你女神医

Fenglin Tianxia – Queen with a Thousand Pets (3)
The Captivating Crown Prince (2)
Wife, You Can’t Run After Eating (1)
Unscrupulous Enchantress: The Young Miss Has Arrived! (1)
Rebirth of the Great Favor (1)
It’s Purely an Accident to Love Again (1)

These are recommendation lists which contains Miniature Medical Goddess. You should give them a visit if you're looking for similar novels to read. Alternatively, you can also create your own list.
More Lists >>>

Finished mtling this, tho I liked the characters but some things are rather.. abrupt? Like suddenly MC love all the ML even tho before that, she like them as brother/friend. And the only signs of romantic interest she got is toward the 5th ml, Nangong guyue._. Not a bad novel, just.... abrupt. Even the ending is kinda rushed (?) with a paragraph describing their life after the main plot is over...

After reading (MTL) first few chapter, get the feeling that this was a solid book. There's a proper background plot, even the prologue already make me excited!
really worthy to be translated ^^
and mc's character is extremely attractive.
good golden finger, each conflict feel threatening but not too hard and not too draggy! Perfect size
things that I feel deduct the score:
... more>>
Spoiler

the part of 'fengyue continent war' arc is kinda weird:
-how could the qinglong army can be 'used' by foreign sovereign? Like 4 of them is emperor/crown prince of the belegrient country.. Lol
-how fast MC 'moved' to love and lust.. Like she didn't feel a thing for them, but suddenly doki doki moment..