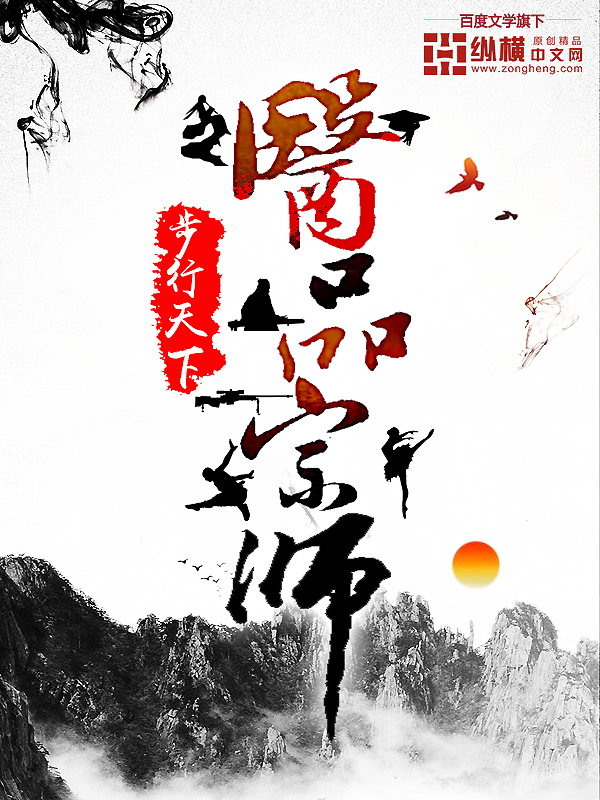 One entry per line
Walk The World
步行天下

Status in Country of Origin. One entry per line
2427 (Ongoing)

He was the youngest guru of martial arts as well as the perfect Mr. McDreamy of the most girls. He had mysterious absolute touch, clear-sighted observation ability and various outstanding talents.

But now, he was just an ordinary freshman in University of Jiangjing Chinese Medicine, who wanted to learn Chinese Medicine, see patients, and get into a relationship with a girl in a low-key way. However, in a Mid-Autumn Festival party, he was forced to put on a performance, which shocked the whole audience. The shiny and wonderful university life began from then on.

In the university, he met a beautiful and smart School Beauty Jiang Miaoyu who shook his heart slightly. But the road of love was never smooth, even to a perfect hero.

He also met a kind and friendly teacher Dr. Shen who discovered his excellent technique and gave him a chance to practice.

Besides, his three lovely and interesting roommates were indispensable in his life, although sometimes they looked a little awkward.

But this young hero’s life was not always full of happiness without a hitch, some trouble still appeared from time to time. The domineering and imperious President of the Students’ Union Li Qingshi purposely made difficulties for him repeatedly. The stubborn and hardworking martial arts practitioner Chen Cong often challenged him in different ways.

Just because of these extraordinary personalities around him, this young hero’s road of struggle looked so amazing…

One entry per line
The Medical Guru
医品宗师

These are recommendation lists which contains Medical Master. You should give them a visit if you're looking for similar novels to read. Alternatively, you can also create your own list.
N/A

Dont be fooled by the title. While its true that the story focuses a lot on Chinese medicine, it isnt only that. Like the description vaguely glances over, another large part of the story is about cultivation. It is a nice story that blends both medical and fighting aspects into one, all taking place in modern China. The timeline is very slow however. Based on the current plot, I'd say majority of the story would take place within a period of 1 1/2 years. ... more>>
Spoiler

This is because the MC is trying to become a top level doctor within that time period (there are only 50 other top doctors of this level in the whole of China) to be invited to a get together of even higher level doctors (only 4 of them) to have them look for a method to cure a lethal disease that is killing his martial master.

[collapse]
The plot overall is fairly interesting, however there are some aspects that I disliked a lot about the MC. The MC while smart, is too smart.
Sure, having a genius intellect is fine, however the MC adapts way too quickly to whatever he learns.
Spoiler

The MC has the ability of absolute touch which allows him to 'see through' whatever he touches. Basically he can understand patients conditions, and understand concepts from ancient Chinese medical books near instantaneously. I'd say its like a fusion of Shirou's ability from Fate series, and Zhang Yuan from Library of Heavens Path. Using this, all the theoretical knowledge within books become accumulated personal experience as he right away understands how to perform/use what he learned. Therefore, even top level doctors in this world are all surprised to learn he's only learned medicine for less than a year. All he ever does in his free time when not cultivating is read, or look for patients. He really is like Zhang Yuan in that aspect. The only thing that limits his ability is the lack of books. So within his generation, he is basically unchallenged.

[collapse]
This first reason isnt what makes the story bad, since I do enjoy OP MCs. The main problem is the actions he takes despite is abilities. Mainly, how he lives his double life as a top level master in the Martial circle in China.
Spoiler

The MC acts basically like a Japanese Light novel MC, he is shy to use his abilities most of the time, and hides away from fame. He uses a mask to hide his face, so no one ever knows who he is in the martial world. He also seems to know nothing about the martial world despite being a top tier master. His master tells him that before he reaches a higher level in martial prowess, the master will refuse to see him. Therefore becomes very eager to look for ways to break through to higher realms. Apparently the only way to do so, is by not using Qi (energy the body creates), and only use his inner strength to re-cultivate to his currently level. Only then can he break through. Therefore, despite knowing he is superior to every opponent he faces, he basically holds back to beginner levels of cultivation to fight. As a consequence, the enemies and witnesses always underestimate him, and this leads to further troubles down the road. If he had just demonstrated his strength from the beginning, no one would look for trouble. Even worse, he takes every fight as training, holding back even when people around him are in danger, just because he wants the opportunity. I find this hypocritical of him wanting to be a doctor to save people. Every fight is like this, and every time it also mentions how despite him being so powerful, he's holding back because he wants to train. It gets annoying after a while.
Even worse is that the MC hints at his strength by flying, or walking on water, ect which are techniques that can only be naturally done by the top tier experts of martial arts: the Guru. The on-lookers are always like "Wow! I saw him do this or that, does this mean that he's a guru?" They speculate, but they always dismiss it afterwards as not possible. They'd rather believe this low leveled guy easily beat up a much higher leveled guy, which is unprecedented. Unbelievably frustrating to read at times. The author made the extras way to s*upid lol.

[collapse]
His wanting to avoid the spotlight only works to create more trouble for him and others around him which couldve been avoided. No one ever stops and guesses that he is hiding his strength, only ever showing the bare minimum. Also, I really get confused about his decisions e.g. Killing. Its all over the place. Most of the time he doesnt kill, but the ones he does kill, its because he believes they are too wicked or dangerous to let back into society. But then, for similar people who've killed many others, he spares them. His philosophy is all over the place that its never the same. More than a certain life belief, its seems more like on his whim. Dont get me wrong, the story is interesting, it's just that I hate how he's all back and forth in thinking or how he's always holding back. The only time he used his full strength is to travel from location to location.
Spoiler

With his level, he is able to fly.

[collapse]
Otherwise, this is another typical cultivation novel with a slice of life aspect to it. There are a lot of cliches seen everywhere in any other chinese web novel as well like fighting for the beauty, Chinese nationalism, and random characters hating/ being jealous at the MC for one reason or another, and then later picking a fight. Its all there! So if you want an OP MC that has multiple identities, and also likes to hold back. Then this story is the right one for you~ <<less

Interesting, but I'm kinda put off by the chivalrous view of the MC. Idk how the story will play out in the future but as of now, there's not much of an info surrounding the MC and the world. I'm more interested of the old man's story and how the author will integrate traditional chinese medicine with cultivation in a modern wolrd with an MC with that kind of mindset as I mentioned. Overall the translation is good though needs a bit of polishing from here and there. Keep up the good work!
2 Likes · Like Permalink | Report

The heck is with this novel! I kinda like slice of life type novel so I started it. At first thought that the MC has good moral integirty. But he is also a sassy. A chapter was there named EXTINGUISED LOVE and even after that the MC confessed to the same girl! I mean come on. And why do you have to keep silent in important places to increase the misunderstandings. Shitty novel. Dropped and never wanna touch again. Total annoying MC and shit
1 Likes · Like Permalink | Report

It is nice little read combining medicine and martial arts/cultivation. On one side, you have an hidden martial community and they are spread out throughout Asia. On the other side, you have regular old university life except for the fact that MC excels at anything he trys (very unrealistic but it is fun to watch him destroy everyone). One of things that really grind my gears is that there is a debate in China about using traditional Chinese medicine vs Western modernized medicine. Since, MC is studying/learning Chinese medicine he is... more>> obviously going to great lengths to prove the validity of Chinese medicine and how it is better than Western medicine. He also cure a bunch of incurable diseases using his cultivation power. Granted, this is an alternate reality where Chinese medicine has lost the majority of its knowledge/technique and MC is restoring all of that. Just don't actually go to China and do this. The last main problem that I have with this novel is the Chinese bias and the depiction that other races are barbaric (scene with Mongolian martial artists messing up Chinese martial artist for no real reason other than cause author wants you to hate the other side). Granted, this is a Chinese novel so there is a heavy bias to so how great China is and all that. Main takeaway here is that this is a novel to entertain its readers and it does that reasonably well. If you can't tolerate bullsh*t reasoning/Chinese bias/MC being too OP, then this probably isn't a good read for you. 3/5, average. <<less
0 Likes · Like Permalink | Report

This gets annoying real quick. After not caring about having a girl for a while jiang whatever her name is makes him fall in love (aka he loves being with her and a bunch of other crap. I'm fine with it whatever, just cause they sang a song together. But later a guy tries to split them up to take the girl and I kid you not there is about 10+ chapters of them singing or playing the flute. Wtf shits boring.
0 Likes · Like Permalink | Report
Leave a Review (Guidelines)
You must be logged in to rate and post a review. Register an account to get started.