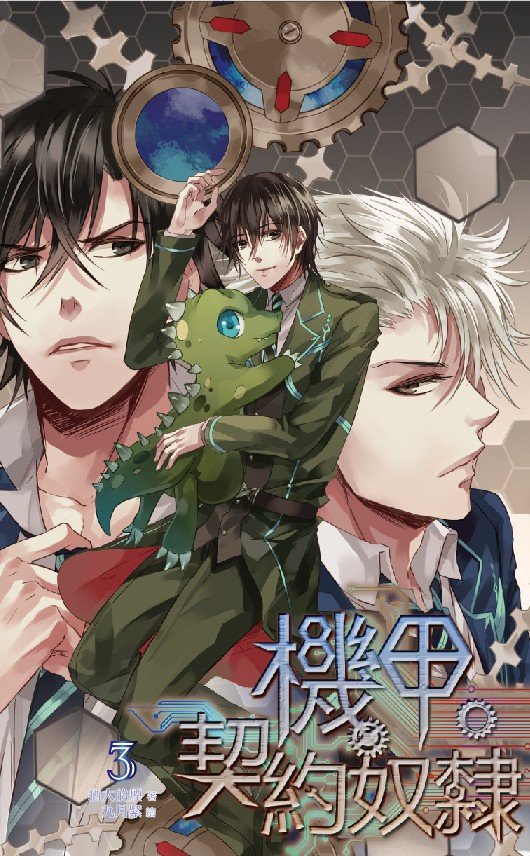 One entry per line
Smoke Of Judas
犹大的烟

Status in Country of Origin. One entry per line
303 Chapters (Complete)

Luo XiaoLou is reborn on the day of his engagement four thousand years later into the Mecha Age and realizes that his current situation is tragic. Not only is he an illegitimate child, but he also has poor physical health, a low genetic rank, and barely passing grades. In order to survive, Luo XiaoLou has no choice but to accept his fate and work hard.

Luo XiaoLou wanted to have a s. Still, hefe, but he meets the bossy Yuan Xi, so has to agree to sign a s*ave contract and do Yuan Xi’s bidding.

Luo XiaoLou is a typical man of the times, realistic and willing to yield to others for the sake of survival, seemingly cowardly to the point of no boundaries. But in fact, Luo XiaoLou still has his own principles and insistence, even in front of his overbearing and powerful master, Yuan Xi. He still insists on the principle of a gentleman’s love of money and the right way to get it, and protects his dignity as a man.

One entry per line
机甲契约奴隶

These are recommendation lists which contains Mecha S*ave Contract. You should give them a visit if you're looking for similar novels to read. Alternatively, you can also create your own list.
More Lists >>>

This one is so good!! I've reread this quite a few times, that's how much I like this. It is surprising that no one pick this one up, I'm so glad someone finally decided to translate this one. The first few chapter might feel a bit annoying, but keep reading, you won't be disappointed! The extra chapter is so heartfelt & touching, you can see how much ML love MC despite his tsundere attitude.
2 Likes · Like Permalink | Report

I really loved this story.. 乂❤‿❤乂 The tsundere cat ML is so cute and the submissive MC is docile. Their love story is full of twists and turns. They had beautiful children. （〜^∇^) 〜 Anyway, my favorite character is the alien mecha 125 -- funny, loyal, cute, collecter. (=①ω①=) The ending is unexpected but awesome all the same. (✪㉨✪)
2 Likes · Like Permalink | Report

Hey all, translator here. Thank you guys for picking up this new translation. Bear with me while this one will take a little while to do since it is 303 chapters. I am actually relatively surprised this work has never been picked up before. The first chapter was released Nov. 11th, 2011 and the last chapter was posted Aug. 29th, 2014. So this novel took the author three years to write and complete, releasing around 101 chapters every year. Although this novel is almost 10 years old, I still feel... more>> like it is way better than some of the works released in 2020. I hope you guys like this novel as much as I do. The MC is smart, independent, and adaptable. I love his inner monologues and the way he cusses people out in his mind. The ML is just a giant tsun kitty cat who wants all the love from the MC but doesn't know how to get it. Overall, I really like the combination of these two straight bois who eventually turn into the cutest CP I could have ever asked for.
Spoiler

There is m-preg in the last book, so if any of you are put off by that, shoo, shoo.

Seeing the chapter count made me both happy and sad. At first I was afraid of reading this novel. I was afraid of spending a lot of time and feelings only to end up stopping midway but it was actually the opposite. Yes, at first the ML (Yuan Xi) made me raise my brows at his actions towards the MC but I kinda understand his reasons once you realize where he comes from.... more>> Btw, he does get better and realizes his shortcomings but it takes a lot of chapters to get there. And if you'll manage to reach the end like me, you'll know how much the ML loves the MC. Spoilers?
Spoiler

The ML is the 2nd Prince of the Empire. He lost his older brother and close family friends due to the war with beasts.

During those days, as the ruler of the Empire the ML's parents got to busy trying to bring peace and stabilising the Empire that they didn't pay much attention to the ML so now.... He's really lacking in the emotional side.

He doesn't know how to express himself well and in the end it just comes out as if the ML was despising or lecturing the MC whenever he tries to get the point across.

He does get better.

His actions soon reveal his true feelings while his mouth says the opposite. I do like the care and love that you can feel that he has for the MC.

[collapse]
For those who are curious about the pa pa pa scenes... Yep. There's a lot in this novel. Spoilers?
Spoiler

Once the MC and ML get together, they don't shy away from expressing their passion.

You'll soon notice that they are a passionate couple, although it's the ML who usually initiates, the MC does give back to and there are certain times where the MC is the one who initiates and the ML's reasoning is quite funny too.

[collapse]
The MC is someone who just transmigrated into the future. He currently has nothing after breaking ties with his "family" and tries his best to be able to live and adjust to his new world. He has no "system" to aid him in his new life and everything he makes is made from his hard work. Of course, due to his secret, the MC also has his "helping hand" and what I really like the most is 125. He's cute and very endearing. He's the biggest golden finger of the MC and without him, I do believe that our MC will suffer more hardships due to his secret. Spoilers? His secret?
Spoiler

The MC is half human and half beast. His bloodline contains the blood of an ancient beast which he will later awaken.

It's just that the ML has a huge hatred towards the beasts so reading about the things that the MC has to go through makes my heart soft for him.

[collapse]
The Author's writing is very good for me because whenever there's a confrontation between the humans and beast or whenever the MC's secret is about to be discovered, I can also feel his fear and tension. His actions are grounded and a normal human being will do it too. There's a huge plot that surrounds the war between the beasts and humans, another thing that I liked is the Arcs. There's the adjustment and school life arc, building mecha arc, competition arc, etc. Although the process of the MC creating mecha wasn't very detailed. It was just as if he was able to create all of the parts and fuse them together, there's not much details going on here. Plus points is that plot doesn't go all over the place, the characters mentioned before aren't forgettable because they return in the story and have their own goals. The only thing that bugs me the most is how often there are people who like to stick to the ML and "seduce" him because he's very attractive and strong. While the MC only had around two people who appeared to be into him. (Yep, it got to that point where I was counting "who ever is going to be attracted to the ML or MC next") The MC and ML also had kids but they were conceived in an artificial womb. Spoilers?
Spoiler

MC and ML's first baby is a boy (human, and born in an artificial womb) while the other two babies are twins (boy and girl who came from an egg) — courtesy to 125

[collapse]
There are also a lot of side couples but the story isn't focused much on them. I'm pretty proud of myself for being able to finish 303 chapters. But most of all, I'm glad that I was able to read this. I didn't get bored and I'm happy because the MC and ML had their character growth and was able to stay with each other no matter what challenge came in their life. <<less
5 Likes · Like Permalink | Report

The first few chapters might put someone off. Heck, even the title might. But that's it. Continue reading and you'll be in for a treat! A tsundere ML and a hardworking-genius MC! I like that the MC is written like a human, with no to very little powerup. No 'System' here to help him, no cheat to give whatsoever. Where he gets to is his pure hard work! It's very inspiring to read because teaches me and constantly reminds me that HARD WORK PAYS! If you're a genius, then that's a... more>> perk. But if you do nothing with that talent, not seize opportunities, lose courage when taking the next steps, then you'll end up nowhere. I just love the MC! Really, really, really! So very grateful to Exiled Rebels for picking it up. As always, the translation is top notch! (*^*) \ Thank you ExR! <<less
2 Likes · Like Permalink | Report

I've been following this as the TLs come out. I like the quality of the translation, no complaints. As for the content! The MC is very relatable and practical, which is a nice departure from MCs that can't do anything for themselves. I don't have much to say about the ML, I can only hope that as time goes on, his character becomes fleshed out accordingly. This novel has a lot of room for growth with the direction it's going. We're getting some serious setup for political intrigue, major character developments, and... more>> more world building. I have high hopes that this will be a novel I enjoy from start to finish. <<less
1 Likes · Like Permalink | Report

So far, of what's been translated, although I like the quality of the translation and the realism of the MC -- the ML is massively annoying AF. He might be tsundere, but he's so irritating, that I can't find anything remotely likeable about him at the moment. Hopefully my opinion will change as I read the story. Will update as it gets translated.
1 Likes · Like Permalink | Report
Leave a Review (Guidelines)
You must be logged in to rate and post a review. Register an account to get started.