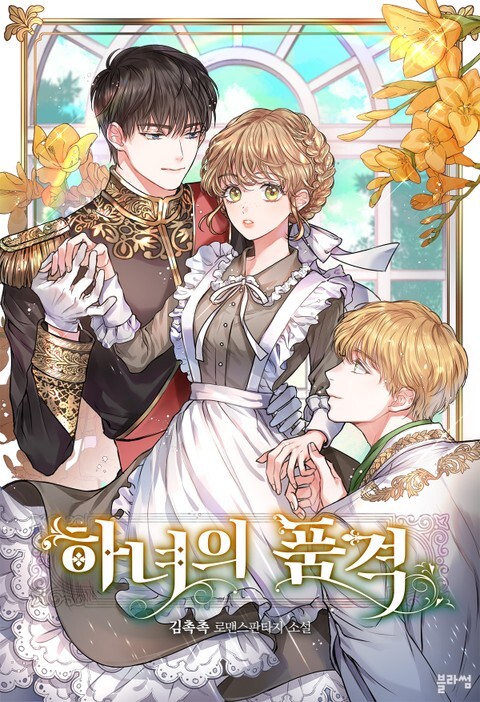 One entry per line
김촉촉

Status in Country of Origin. One entry per line
150 chapters (Completed)

Daisy Smith, a maid in the Imperial Palace with 7 years of experience.

One day, she gets acquainted with a half-noble knight, whom she met while talking behind the emperor’s back.

Daisy’s relationship with him was somewhere in between a friend and lover, somewhat undefined.

They continued their relationship, sharing subtle feelings with each other.

But he’s actually the emperor of the empire?

Daisy, who wanted to live a normal and happy life with a stable job rather than a fancy but complicated imperial life, pushed him away, but…….

“You can dump me a hundred or a thousand times. If you just promise me that you won’t leave me completely.”

“But I’m just a commoner maid.”

This man, why on earth is he so sweet!

A classy work life or a sweet romance, which one should I choose?

A romance that overcomes one’s status,

Life as a Tower Maid: Locked up with the Prince (1)
Surviving as a Maid in a Horror Game (1)

These are recommendation lists which contains Maid’s Dignity. You should give them a visit if you're looking for similar novels to read. Alternatively, you can also create your own list.
More Lists >>>