Novel Updates
RegisterLogin
Theme
Search
Your changes has been saved.
Madam, Your Sockpuppet is Lost Again! 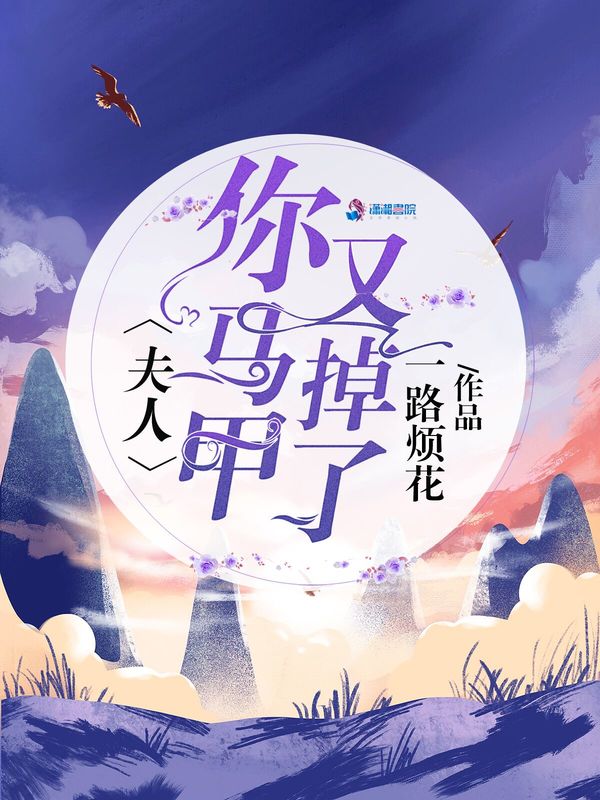 Status in Country of Origin. One entry per line
600 Chapters + 56 extra

Qin Ran grew up in the countryside. She disappeared for one year and lost a year of high school.

One year later, she was taken to Yuncheng by her biological mother to attend school.

Her mother said: your stepfather is from a prestigious family, your big brother is a genius, your younger sister is a top student, you must not lose their faces.

Until one day, Junye investigated a big shot, his subordinates looked at the sockpuppet that had come off her while she said she knew nothing about it… they sank into a bewildered silence.

It was probably a story of two big shots trying to hide their sockpuppets so that the other didn’t feel inferior.

One entry per line
Madam, Your Vest Dropped Again
夫人，你马甲又掉了！

These are recommendation lists which contains Madam, Your Sockpuppet is Lost Again!. You should give them a visit if you're looking for similar novels to read. Alternatively, you can also create your own list.
More Lists >>>

I read the author's other quick transmigration story, and the tone/character design feels very much similar. Except, the character here is even more outrageous than in that one, since Qin Ran is younger Ye Shanhua and doesn't have a quick transmigration background to help excuse all the variety of her skills. I mean, some of her skills, like maybe drawing and music composition, you might be able to chalk up to natural talent. But where does she get the time to squeeze in all the other skills and supposed accomplishments? Programming... more>> an AI from the ground up takes more than just typing speed. Then there's becoming hand to hand combat master, despite having no formal teaching, by doing a year of fighting cage death-matches. It just... very much strains SOD. You have to turn your brain aaalllll the way off in order to enjoy a lot of the setup conceits of this story. Then there's the story's tone and pacing, which takes a really heavy hand at trying to create suspense/mystery. I mean, it feels like very single person talks in the most vague way possible in order to create/maintain misunderstandings. People will refer to each other as "my cousin" or "a doctor" as much possible, and no one will ask for that person's full name; or somehow will hear "Mr. X" and never think to ask for the full name, and never draw the connection to famous person X or famous Doctor Y. Once or twice is suspense, but having everyone do this all the time is just... feels like a ham-handed way to extend the story length. The other problem is that it feels like the story is just written for the "OMG he/she is/knows/is related to WHO?" reactions, and the actual plot line is really anti-climatic. The face-slapping that you want to see after reading about the annoying antagonist never happens. The protagonists never actively go after their foes until after someone's been put into the hospital, and sometimes not even then.
Spoiler

MC's scummy white lotus sister is the cause of half her PR problems in the story, but all MC does is counter the attacks and come out on top of the PR fights, and then never even investigates who was the source of this stuff. Her dad's long lost half-brother teamed up with her sister to mastermind the accident that put her little brother in the ICU, and all they did was put the middleman in jail, and nothing ever gets done about the masterminds because "there's no proof". Every time you see the ML's eyes go cold because something bad happened to the MC, you expect him to take revenge on her behalf, but nothing really comes of it.

[collapse]
This kind of thing happens again and again... and it just feels unsatisfactory. <<less
1 Likes · Like Permalink | Report

Have no idea why the ratings r so low... it really deserves 4+ ratings...I actually didn't expect that this I would come to like this novel so much... the plot is far better than ur usual typical Cnovel... more interesting than perfect secret wife etc... The MC isn't an actress (thank god) rather she is very talented in field of physics mathematics and conputers.... basically an IT genius who also dabbles a lot in physics researches... she had a bad past... and can protect herself well... can shoot guns like nobody's... more>> business... basically an OP MC.. but yet I didn't feel bored at all... this novel is just that interesting.... DO NOTE THAT there's really little to no romance... if I had to describe the plot it would be something like a xianxia novel but without cultivation... basically MC's journey towards being the most influential/powerful person... rest assured this novel would never bore u out... there's a lot of mystery added into the plot.. it will all be explained and jointed towards the end... ML is OP as well but not as much as MC... our MC was OP since young but never disclosed it.. she liked that low key life... P.S. HIGHLY RECOMMENDED <<less
2 Likes · Like Permalink | Report

WHO HAD THE CHEEKS TO RATE THIS NOVEL WITH 3 STARS ?? seriously, this novel is so much refreshing from other chinese novel. No aphrodisiac drugging drama, no rotten peach blossom, NO r*pe or abusive ML (๑˃̵ᴗ˂̵) ﻭ. For real, all the tiring modern day novel tropes cannot be found in this novel and it is so satisfying ! The plot revolves around a FL who is labeled as a country bumpkin by the outside world and a ML labeled as a waste with weird interests. But in truth both are super... more>> duper OP and have multiple identities and abilities which are slowly unveiled trough the novel. The romance is kinda slow ?Still, the mystery undertones (with the leads backgrounds, and family secrets) manages to get the reader totally hooked on this novel. In short if you are searching for a novel with the following elements : genius protagonists, face slapping, underworld forces, wealthy characters, mysterious background, cold but not overly ruthless F, protagonist strong from the start (but not a big buddha), no damsel in distress FL and a little bit of game elements and entertainment circle, then you’ve really found the right novel !! <<less
8 Likes · Like Permalink | Report

I really like this novel. This got me hooked because of the mystery surrounding the FL's life. Both of the leads are super OP, especially FL. She has too many secret identities and has too many not-so-ordinary friends. Although, both leads are always with each other, there's not much overly sweet romance going on in the story (or is it because I MTL it and it got lost in the the translation). Most if the story focuses on the mysterious past of the FL and how both leads unravelled each... more>> others secret identities.
Spoiler

I really like the scene in which both leads had an appointment with each others secret identities and when they met, both of them were speechless hahaha...

[collapse]
This is a really good story and is worthy to be read. Just realized that this is an ongoing novel as of 02.26.2020 it has 712 chapters. The main storyline had ended and the ongoing ones are the extra chapters for the side characters. <<less
4 Likes · Like Permalink | Report

What makes her different and not so different from other cnovel female leads? Take all the good stuff and put it into one character. Does it make the story boring? No. I'm reading a fictional book so some things like how can she learn all those cool stuff at a young age don't bother me. Up to the current chapter I'm reading, the author has yet to uncover her past. There are bits and pieces here and there and that's what will make you continue reading. Funny thing is, most... more>> of the characters like to assume because well... she's from the country-side. As for the ML... he IS a very important background. Anyway, this is a good story about OP leads <<less
3 Likes · Like Permalink | Report
Leave a Review (Guidelines)
You must be logged in to rate and post a review. Register an account to get started.

SCP Gacha System In A Cultivation...

Son of the devil in Fairy...