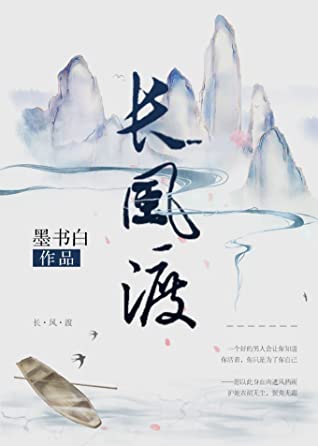 Status in Country of Origin. One entry per line
185 Chapters (Completed)

In order to marry a good husband, Liu Yuru had been a model lady for 15 years; but on the eve of her engagement, she was forced to marry Gu Jiusi, a well-known playboy from Yangzhou.

To marry such a person was to ruin one’s life.

Especially because after marriage, she learned that this person was also forced to marry her.

Liu Yuru was heartbroken, and after locking herself in the room for three days, she came to a realization.

Marrying such a dandy, why should she remain a perfect young lady?

So on the third day of marriage, the famously gentle lady shook her hands, carried a knife, and used all her courage to go to the brothel.

To the drunken Gu Jiusi, she said –

After that, Gu Jiusi’s life was full of ups and downs.

Whether he was a miserable dandy or a great official, this woman stood beside him.

She supported him with her weak and delicate body, and told him, “get up.”

So even if he was cut to pieces, he would struggle from the mud, grit his teeth, carry her on his back, and walk through this life.

For the first 15 years of Liu Yuru’s life, she thought she was living only to find a good man.

It wasn’t until she met Gu Jiusi that she understood that a good man would help you realize that you live only for yourself.

— May this body of flesh and blood shield her from the wind and rain, protect her dress from dust, and protect her temples from frost.

These are recommendation lists which contains Long Wind Crossing. You should give them a visit if you're looking for similar novels to read. Alternatively, you can also create your own list.
More Lists >>>

This is a love after marriage story, I really love our main couple. Gu Jiusi and Liu Yuru. Gu Jiusi is the son of the richest man in Yangzhou and Yuru is the main unloved daughter of a merchant. Because of Jiusi prank, they get married reluctantly. Jiusi is very childish, Yuru is so on guarded. After a few hardships together (which is my fav part of the novel) they got closer and become each other support (even life). I love how they love and protect each other, Jiusi try to climb as... more>> high as possible as an official so nobody can mess with Yuru, and Yuru tried to collect money as many as she can so Jiusi can live his life happily like before. So happy this one finally get to be translated, they just announce the drama starring Bai Jing Ting and Song Yi. <<less
7 Likes · Like Permalink | Report

Hi, translator here! Tbh the only reason I picked this up, other than everyone saying it's great, is because I like the male lead actor in the Cdrama adaptation. I shall be reading along with everyone - hope y'all enjoy! P.S. I checked and the ending is
Spoiler

[collapse]
Just in case you were worried ;)
6 Likes · Like Permalink | Report

I knew it! The first time I read the synopsis, I got hunch that this kind of writing style is obviously the style of my favorite author, MoShuBai! I read all the author's works. Started from Grand Princes. I don't doubt the quality of this novel. That's why I won't write long review here. All aspects in this novel, start from plot and character building, everything is polished well. Not into a perfect masterpiece, but for me, it's a high quality. I will shamelessly recommend this novel to all readers... Give this novel... more>> a try, and perhaps you will like the author just like me. <<less
4 Likes · Like Permalink | Report

An EPIC masterpiece! Unlike other novels that glosses over the struggles experienced during times of uncertainty, this novel delves into the stories of individuals who are forced to reach limits beyond their own expectations for survival and for a better future for everyone. Our main leads undergo extraordinary character growth without losing their core values and both have incredible strength to withstand the struggles they face through being hunted down, becoming refugees, and dealing with unceasing political turmoil. Just when you think you've reached the end, the novel leads you... more>> down into a further depth with more political plots and schemes. All the characters are written with great depth and have their individual strengths and backgrounds. This novel made me laugh but mostly cry due to the difficulties the characters face and the heartfelt words they share. The main couple is one that pulled on all my heartstrings. It has never been easier to believe in the love and trust shared by two individuals in a novel. I can only wish for the drama team to do this wonderful novel justice. <<less
2 Likes · Like Permalink | Report

Completed this novel long ago via MTL. Found this gem when searching Mo shu bai other novel Really recommended this, I like the FL ML slowburn romance. Their character growth, especially ML. From a dandy to a gentleman (but he can act decissively when the situasion need him to do that). FL from being virtous (to get a good husband) to being herself who more courageous but still lovely This novel OTP is really good and perfect for each other just like a puzzle that complete each other ... more>>
Spoiler

[collapse]
The villain.. What to do, I hate him but can't help pitying him for his life experience I'm looking forward for the drama adaptation. <<less
2 Likes · Like Permalink | Report

This was such a beautiful story. It's rare to find a story where the couple are like friends rather than people who got married and are unable to be vulnerable in front of their partner (especially the MLs of historical novels). It always makes for the best kind of stories being able to see the couple interact like they've known each other their whole lives. Another reason why I loved this is because it gave 2 of my favorite tropes; enemies to lovers / friends to lovers Also the friendships displayed throughout... more>> the novel really added to the story with taking the spotlight away from the main couple. (I may or may not have cried a little bit for the side couple) While I'm happy it's a HE I really with there were a few extra chapters <<less
2 Likes · Like Permalink | Report

I MTLed a decent chunk of the story a while back. It's very well-written and developed, and the summary pretty much sums it up. It's very much a slowburn enemy (or antagonistic) to soulmates type relationship. Watching them grow together and learn to put down their defences and become better people for each other. The relationship actually stays platonic for quite a while but it's definitely platonic soulmates and it's just waiting for the relationship to fall in place. I just love how much they want the other to have a good life... more>> especially after enduring so much hardship and suffering. The side characters also add decent flavour. It's not a smooth sailing ride but the journey and their growing relationship makes it worth it. *Might edit if I finish it <<less
2 Likes · Like Permalink | Report

Great novel! This is an entirely different genre from the usual. I appreciate the change from the cliche plots. The story is about a young couple (merchants) climbing up the ranks during a chaotic, war-torn period of changing dynasties. They do it because it's the best way to protect themselves and other people in such chaotic times. The romance is slow burn and very much enemies to friends, friends to lovers. I didn't feel the romance a lot because their friendship and loyalty to each other was so deep by... more>> the time they fell in love. An unfavored fabric merchant's daughter, Liu Yuru, has plotted most of her life to get married to her best friend's scholar brother for the sake of ensuring a nice, respectable future for herself. She made sure to look like a perfect elegant lady, learning everything she should according to his interests. Everything was going well, the marriage had been discussed. Then, she had a bloody dream about the downfall of the city's richest merchant family, the Gu family, which seemed to have no connection with her so she didn't think much of it. Later on, the only son of the Gu family, a well known good-for-nothing dandy made a joke about marrying her as a petty revenge, his parents heard about it and arranged a marriage for him with Yuru's greedy father. Both are unwilling. Yuru is devastated. He's rebellious. This is the start point. Kudos to the author for making the protagonists so realistic in their feelings. Especially Yuru, a fifteen year old girl in such a helpless situation, all her efforts went down the drain and her dreams were broken, how could she not break down? The one who conforted her and gave her the advice she needed was her mother-in-law. She cried all her tears, thought a lot, asked around about the situation and ultimately decided to break the pot, abandon her gentle persona and do whatever was needed to get the life she wanted. Dandy husband? Okay, since the marriage was already done she could only find a way to get what she wanted from this man. So she picked up a knife, went to look for him at a brothel (no worries, he wasn't doing that kind of stuff) and expressed all her grievances and demanded he repay her with achievements for the future he had ruined. Their life was full of ups and downs. But both were good people and it made them into an inseparable team, they found a purpose, an identity and their own ambitions. My only complaint is that the author forgot about the parents after the initial arc, they were rarely mentioned and didn't have a real role. It dragged a little during the last part and I despaired for these poor children who couldn't get any peace but I do recommend it. The friendship was well done. The FL and ML also had a deep bond. The politics made sense. The plot was inspiring and thoughful. <<less
1 Likes · Like Permalink | Report

Love the novel! This time both ML and FL are commoners (no nobility no royalty) and the whole novel is about their growth together. It was great to read about their struggles and their slow burn romance. Both characters are flawed but very humanely so. What’s so admirable and extraordinary about both is their willingness to choose each other and believe in each other every time they face an obstacle. #Couplegoals all the way. Plot is still court politics focused. Individually both characters are not the type I like to... more>> read but their combo is really lovable. MTL is readable. <<less
1 Likes · Like Permalink | Report
Advertisements
Leave a Review (Guidelines)
You must be logged in to rate and post a review. Register an account to get started.

Tales from Another World

I Didn't Even Want to Live,...
Advertisements