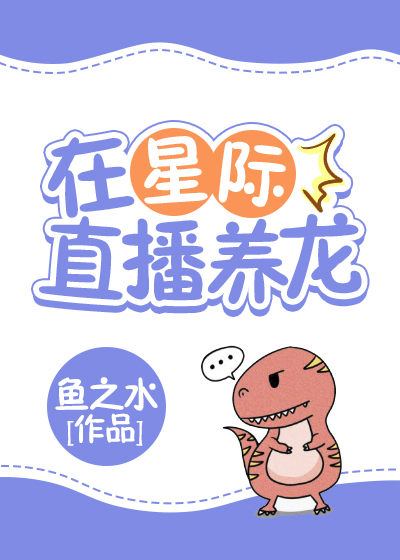 Status in Country of Origin. One entry per line
111 chapters + 6 extras (Completed)

Shen Mian, who had powerful wood and spacial abilities, was kicked out by his family for being an omega, became homeless and had zero deposits. The original owner was still a childcare teacher and was assigned to the most marginal planet and served as the dean of a childcare centre.

The childcare centre was small and broken and as the dean, Shen Mian has to live broadcast to generate income in addition to raising cubs.

So one day, on the largest interstellar live broadcasting platform, appeared a large scale meng selling scene, also known as Awei Crematorium, the audiences passed on word of mouth — In live room 1551, the dragons have gathered!

The cubs are a hundred pounds, they will breathe fire, can fight and will also sell meng, the childcare teacher, Shen Mian, is better than an alpha. The popularity of the live broadcast room was so great that the small childcare centre became the best centre in the interstellar.

Shen Mian diligently raised the cubs, he did not want the imperial prince that was among the cubs he raised.

Shen Mian: See if a slap is enough.

One entry per line
在星际直播养龙

I’m Using the Interstellar Live Broadcast to Raise Cubs (5)
Cub Raising Association (5)
The Film Emperor’s Daily Live Cooking Broadcast (2)
Back to the Age of Dinosaurs (1)
Cute Beast Store No. 138 (1)
I Heard that My Fiance is Super Fierce (1)

These are recommendation lists which contains Live Broadcasting Raising Dragons in the Interstellar. You should give them a visit if you're looking for similar novels to read. Alternatively, you can also create your own list.
More Lists >>>

Wow, this is super fun and cute read. Revolving around the daily life of dragon cubs in a initially poor kindergarden, how they grow up after facing some challenges in their growth periods. The MC is an stone-faced human omega but got a gentle personality towards the children. Honestly, I find mentioning ABO genders in the novel is irrelevant coz in the end there is no mention of MC is having a child with ml. And nothing much has been elaborated about the significance of ABO genders in the novel. The ML... more>> is really sticky and cute. Not your typical cold and arrogant dragon. Initially appearing as a rouge then turned househubby. In short, it is a cute and enjoyable read. <<less
1 Likes · Like Permalink | Report

Read the Chinese version so can't talk about the translation quality. This is a cute slice of life/Omega verse. The romance is fast-paced and not really in-depth, which is one of the reasons I gave it a 4 star. I came here for mainly romance and a bit of slice of life, but ended up getting a slice of life and just a bit of romance instead. The story overall is cute and fluffy, with the dragons being cute. The male lead isn't a jerk and treats the MC nicely. Despite... more>> having a high position, the ML isn't all "domineering CEO" kind of thing and instead jokes, laughs, and acts cute for the MC to notice him. The only thing is that the slice of life started getting a bit meh in the end,
Spoiler

[collapse]
and the romance is fast-paced. Some parts of the slice of life was not my taste, and the ending is a bit unnatural, I would say? (Well the unnatural ending is just a tiny bit of the story so you can read it until you start hating it) If you're looking for slice of life instead of focusing on romance, go ahead. But if you're looking for mainly romance, this probably isn't the best. I apologise for the bad English. <<less
2 Likes · Like Permalink | Report

A light hearted, funny and fluffy novel! It's a feel good novel nothing to heavy or intense! It's a great novel to read when your sick of all those intense fighting scenes or mind numbing cliche dramas. Thanks for the translators by the way!! 🖒 I know its to early, the pictures help you imagine the characters. Keep it up!! Things I like about it ... more>>
Spoiler

[collapse]
If anyone say its not good and not up to par with your standards, well, you have a heart of stone!! <<less
9 Likes · Like Permalink | Report

This story is about a guy midway in a zombie apocalypse story who transmigrates into an omega school teacher/orphanage dean in the interstellar era. He's basic. He's really strong, but the dragons in the country he's in think it may be normal. At first, I was afraid that he'd end up raising the male lead, which is kind of creepy to me, but he knows that the male lead is an adult from the start. The children are cute, if a little too selfless, and so far the mc's past... more>> has nothing to do with the plot. <<less
3 Likes · Like Permalink | Report

Reminds me a bit of “Cub Raising Association” and “My Vegetative Partner Opened His Eyes in Anger After I Ran Away.” It has all the fluff and cuteness of those two stories, for me even more so, but unlike those two stories, I actually like the dynamic between the MC and ML. If you like stories where the couple are pretty equal in power and have a slow burn, healthy relationship, as well as tons of fluff, this story is for you. And your heart will melt over Gian, guaranteed!
1 Likes · Like Permalink | Report

Adorable, absolutely adorable. Not very romance centric yet, but the interaction between the dean and the cubs are to die for. Not too excessive, just about the right amount. I’m a sucker for smart ukes and this one is 💯💯💯💯
1 Likes · Like Permalink | Report

Probably the best cub-raising novel so far. The story is both fluffy and funny — it has touching moments where readers shed tears while its crazy parts, especially of the cubs’ wild imaginations, make your laugh real hard. Love every bit of it indeed. The interaction between MC and ML is cute tooo — not that vivid but full of understanding. Though the MC is portrayed as rather flashy in the beginning, he’s reliable, patient and understanding. Love both of them! And oh, love the audience in the live room too! They... more>> are such good fans of the MC and the cubs, and their reactions are extreme in an adorable way too （： Highly recommended! <<less
1 Likes · Like Permalink | Report

This story is funny and never boring. The MC and the ML are a great match but while I like them both, it is the Dragon cubs who are so adorable that they’ll steal your hearts right from the get-go. Highly recommended for lighthearted and heartwarming reading.
0 Likes · Like Permalink | Report

Slice-of-life fluffy live broadcasting of warm interactions between dragon cubs and Human. Feel good read with nothing heavy, intense or dramatic. Below is spoiler for myself to remember where I left off in this series
Spoiler

5 new cubs transferred to his school with different insecurities/situations. Lu Yuan (money grubbing panda dragon) is last to transform -- shocked when the laziest/smallest Rhein automatically changed while taking a nap