Novel Updates
RegisterLogin
Theme
Search
Your changes has been saved.
Liu in the Imperial Harem 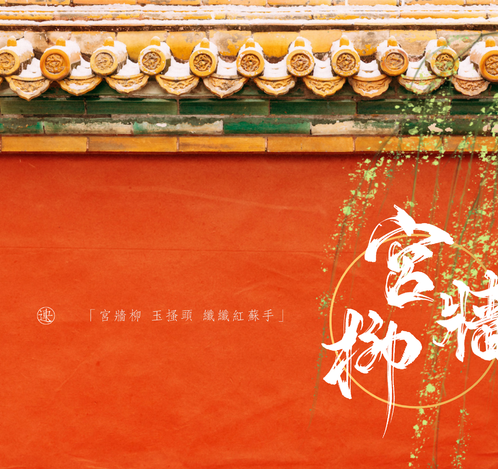 Status in Country of Origin. One entry per line
21 Chapters+21 Side Stories (Completed)

One entry per line
Zhihu

This book is Jiang Yingliu’s memoir, which narrates Liu’er life from Beauty to Empress in the palace. Under the plain sentences lies the difficult life in the palace for more than 50 years. Inside the palace, everyone is pitiful. The author describes the majority of “my” life in the palace after “I” accidentally entered the palace in first-person perspective and shows a different life in the imperial harem. Rather than intrigue and contention, the life here is quite peaceful and happy. Finally, I wish them reincarnate as civilians next life and never enter the palace again as they wished.

Pink hands so fine,
Gold-branded wine,
Spring paints the willows green
palace walls can’t confine.
East wind unfair,
Happy times rare.
In my heart sad thoughts throng;
We severed for years long.
Wrong, wrong, wrong!
Spring is as green,
In vain she’s lean,
Her kerchief soaked with tears and red with stains unclean.
Peach blossoms fall
Near deserted hall.
Our oath is still there. Lo!
No word to her can go.
No, no, no!

These are recommendation lists which contains Liu in the Imperial Harem. You should give them a visit if you're looking for similar novels to read. Alternatively, you can also create your own list.
More Lists >>>

This story is about those who lived in the palace and their feelings. It's like reading a diary. Our FL was not supposed to be sent to the palace, but since her two sisters had accidents -I suspect that they actually schemed each other- she had no choice but to be sent there. Well, there she became friends with the Empress, Concubine Shu, and another one concubine. Concubine Shu treated her as her own child and our FL also liked to play with the third princesss, the daughter of Concubine... more>> Shu. I really appreciate that the translator could bring FL's naivety. I decided to MTL this story and I successfully finished this story in a day. This story might seem like innocent at first, but after you realized the reasons behind those kind words, lively laughters, and sarcastic words, the heaviness would struck you if you aren't prepared for it. Or at least, that's what happened to me. I thought this would be similar -the tone or the amount of sadness since our FL is so innoncent- to Our Second Master, yet, I was wrong, this story's tone and heaviness is similar with Eastern Palace, and Deposed Empress General, but instead of the point of view from the female lover (the Empress), it's from the point of view from others, like our FL and the people inside the palace who witnessed the tragedy between the empress and the emperor
Spoiler

The empress and Shu concubine were friends and they through hardships under Xu concubine together. The empress gave birth to twins -- a girl and a boy, which Xu and her servants forcibly took away from the empress and Shu concubine's arms. One of the child died by neglect meanwhile her other one could only lived until three because Xu concubine's daughter pushed her/him into a pond. Meanwhile the empress youngest son, died a year before Liu came because of smallpox. At this point, I almost got out of breath, this is heavy because it involves children.

Thus, the empress became ill, and after her family left the capital, she almost collapsed. She finally died when she was twenty five. The empress was once a lively and naive girl, yet she finally became a heartbroken mother.

The emperor treated our FL as the empress' substitute, which is why he 'loved' to read that particular poem about young love to FL. Fortunately, our FL was smart enough -and also because she was taught well by her friends, ie: Shu Fei, Wen Fei- she didn't fall for the emperor who played ayoung girls' hearts to get their families.

The emperor became heartbroken after the empress left the world, so he treted our FL as if she was the empress. He even said he wanted to give her three children. Well, he had many children later on, but they were very close since our FL -who became the second empress- made a loving atmosphere for the palace except for the third prince, who later rebelled and had to do suicide.

[collapse]
Were Xu Fei and Chen Fei really that evil? In the extra chapters, we saw that they also had stories to tell. They were young and they also had dreams of their own. All the girls that were stuck in the harem had stories of their own. Their different choices, mindsets, and dreams made it hard for me to not cry. This story made me cry, no, not for that greedy yet capable emperor's love story, but for those girls' dreams, stories, and tears. Their friendship was the one that made me cry. Those girls could've been what they want, but now they got stuck in the palace. So, I just want to state that the emperor is a scum, a real scum, who couldn't protect someone he loved and that he didn't deserve most of the woman in the harem. But well, then again, many people said you can't get the throne and love at the same time. The emperor and the empress could've been a perfect couple, but to get the throne, the emperor needed to sacrifice, and he paid for it. IMO, this story is another reality that you have to sacrifice for something you want, and you have to be responsible for the price... Does that comfort my broken heart? No. But does that make me appreciate this story more? Yes. 4.5/5 for the story, and I take 0.5 because I hate the emperor <<less
15 Likes · Like Permalink | Report

Liu in the Imperial Harem is very different compared to the rest of historical novels. The special things about it, is that there is your typical tragic dog-blood drama, but it is not happening to our MC but to someone who she grew close to. Most of it happened in the past already. Through various 'flashbacks' and hints, you get a picture of that drama. The MC is calm/wise (it's hard to explain it in one word, but you know she is someone who will survive no matter what AND... more>> protects her heart and self). It is told in the perspective of a young girl who enters the harem at the age of 14 and learn to grew up. The people in the book aren't one dimensional, most of them are likeable and even the most hateful ones have their reasons. Just a warning, there is...
... No rebirth
... No transmigration
... No till little typical face slappings happening
... No to little romance, well it is a part of the plot. But all good stories need romance You get...
... Characters with depths and own personalities
... A more realistic take on harems und the people living there
... Bittersweet emotions
... A different but still lovely MC
... A scumbag who gets (more or less, there is no limit for groveling!) what deserves
... And so much more! <<less

The attitudes of those consorts towards the Emperor made me laugh out. What a happy imperial harem in the deep palace! Those girls seem to be very kind and smart to survive. I am looking forward to more chapters. The destiny of the little Liu’er attracted me so much.
3 Likes · Like Permalink | Report

I have no words that I want to say, but I feel a need to convey what this story made me feel, so please forgive me for rambling. This is a great story. It was so short. And I was so completely torn.... more>> I feel that this story could almost be called a tragedy, yet it was filled with hope and laughter. It was simply so real. The characters were all different with different likes and tastes. They experienced so much sorrow and joy. Whether or not, the FL led a happy life could be debated, but she completely and absolutely lived it to the fullest without leaving any regrets behind. And what more can you ask for? <<less
2 Likes · Like Permalink | Report

I love love love this novel (good thing has to say 3x). This story make me laugh, cry, angry, happy and sentimental. There are many mix emotions which is good because I immerse in the story. Our FL is a good girl and beautiful. She think that she is s*upid but I think she is wise. She knows what suppose to do and what is to avoid.... more>> She has her own gang of girl friends in harem, they are all BFF (best friend forever). I dislike the emperor but not hated him because although he is a jerk and manipulated many girls for his purposes but he is a good emperor because he has to cleanup the mess leave by previous emperor and rule his dynasty wisely. In this story, there is one conclusion that I could make, who was falling in love with the emperor and gave her heart, she will live miserably and unable ti have a good ending but if she guarded her heart, think and see clearly and just do her duty, she will live worry free and peaceful life. Live this one 👍👍😍😍😍 <<less
2 Likes · Like Permalink | Report

It's a bittersweet yet beautiful short piece. I felt really sad for all of them, the MC, the consorts, the empress, and also the emperor. The empress and emperor had truly loved each other, the emperor had actually ONLY loved the empress, and had given favour to the rest (including the MC) only because of their resemblance with the empress. As for the rest of the consorts (the good ones), I really hope that in their next lives, they would remain friends (together as well as with the MC and... more>> empress) and would have their own husbands, OWN. In the last few chapters when everyone died (the consorts), and the MC was left alone with her children and grandchildren, it was really nice that she has such a loving and harmonious family... but it's still a bit sad. I think what made me feel the most was still the feelings between the emperor and the empress; how the MC had actually felt something for him, but she knew that the 'Jiao Jiao' that he calls is actually the empress. <<less
1 Likes · Like Permalink | Report

Great novel with a refreshingly different plot! Unlike your typical historical drama where the MC fights the other women in the harem for the emperor's affection, this MC is more focused on living peacefully and forming friendships with the other consorts.
0 Likes · Like Permalink | Report

The narration is plain just like reading a diary. Moreover I don't like imperial harem, so this novel is a no. Too plain to catch my interest. I want to read romance novel, hehe.
0 Likes · Like Permalink | Report
Leave a Review (Guidelines)
You must be logged in to rate and post a review. Register an account to get started.