Novel Updates
RegisterLogin
Theme
Search
Your changes has been saved.
Like Love But Not 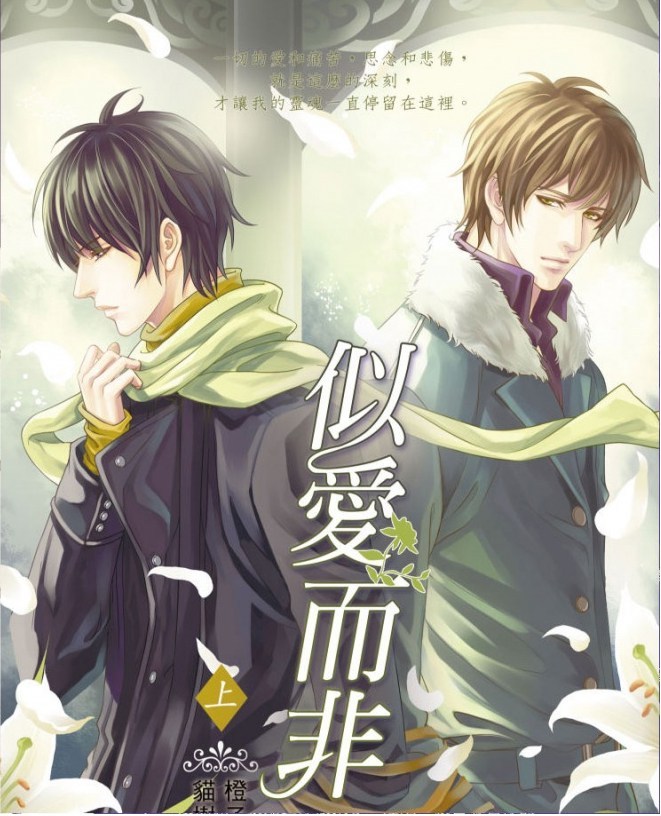 Status in Country of Origin. One entry per line
21 Chapters (Completed)

When it came to their feelings, he was always the cruel one.

Ten years, that person stood in front of him and told him that he loved him. However, he would not spare him a glance.

He originally believed that there was enough time between them. They had already wasted ten years. If they continued to waste it, then it would be almost a whole lifetime.

He knew that the other’s obsession with him was too deep. It would have been simply ridiculous for him to let go.

When that person finally let go of him, he had obtained the freedom that he had long since yearned for. However, it was not as sweet as he had imagined.

It was already too late for regrets when he finally understood the implications of that person letting him go.

A light slash, and the once fervent warmth turned into coldness that couldn’t be touched.

He wanted to let out a soft apology, but that wasn’t possible anymore.

He did not know that everything could be so cruel before.

Once upon a time, the longest distance of this world was when I stood right in front of you, but did not realize that I loved you.

Right now, the longest distance in the world is life and death.

By the time I realized that I love you, the damage was already irreversible.

If I had the chance to hug you again, would I repeat the same mistake of the past?

One entry per line
似爱而非第一版

These are recommendation lists which contains Like Love But Not. You should give them a visit if you're looking for similar novels to read. Alternatively, you can also create your own list.
More Lists >>>

The story is actually quite interesting, so I went ahead to read the sequel showing the ML's POV. The end of MC's POV was rather abrupt and lacking, so I was really looking forward to the sequel... And the sequel really did a good job of wrapping things up, except it dragged out on some things for too long, rendering everything as another dog-blooded story. The supernatural aspect in the first half was what made me think this story was gonna be unique, but the second half ended up being a... more>> total cliche... so only 3 stars it is. <<less
0 Likes · Like Permalink | Report
Leave a Review (Guidelines)
You must be logged in to rate and post a review. Register an account to get started.