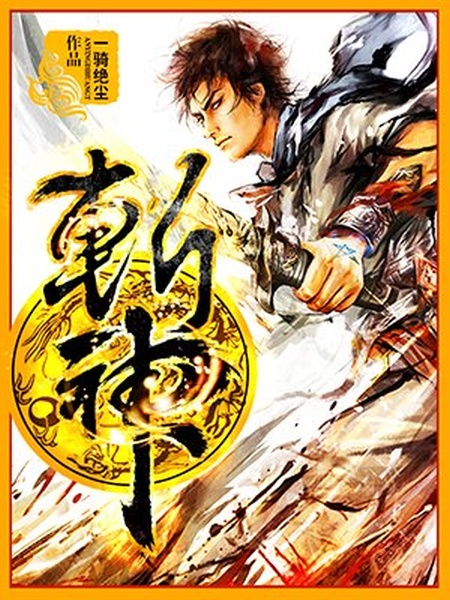 Status in Country of Origin. One entry per line
530 Chapters (Completed)

One entry per line
Tadu

Li Changfeng, a talent of Yulong Empire in Ruize Land, loses all cultivation bases in a sacrifice ceremony for a holy beast – White Tiger, even his meridians fades away; then he becomes a cultivation idiot. A military commander from Huaxia country in Earth replaces original Li Changfeng by accident, and awakens the White Tiger that hides in his body. From then on, a formidable cultivation road for the strong is waiting for him.

These are recommendation lists which contains Killing Gods. You should give them a visit if you're looking for similar novels to read. Alternatively, you can also create your own list.
N/A

This novel is terrible MC can't protect himself or his maid but go out of his way to start fights and even worst parade his beautiful maid to his garbage brothers when he can't even protect himself and acts suprise when they kidnaped her. HIs family is total tr*sh and allows people to kill each other and don't respect any rules and just want him dead because he got criple and that always makes me wonder why doesn't the MCs when arive in these new worlds and arive in these types... more>> of familys don't just grab what they can carry and leave for good. <<less
7 Likes · Like Permalink | Report

I really hope this novel update quickly. Li Changfeng is rascally, macho and humorous. In fact, we can find many defects of men in this character. But he is favored by women based on his rascally and lively characteristics. I have to say because he comes from Earth and resurfaces in a new world, he features many distinctive charms.
3 Likes · Like Permalink | Report

The MC is an uter Moron and not in a cute way. He is irresponsible and selfish. He is ignorant of the World but still behaves totally arogant and without a care for the consequnces of his actions. If his actions only effected himself that would be fine but does actual harm to those around him and only plot stops worse from happening unless it does not. Note: The MC was supposedly a grown man in the army before he reincarnated to the new world. But he behaves like a... more>> 13-14 year old spoiled young master that are usually the villians of such stories.
Spoiler

Worst examples so far. The MC has a maid who has served him for 10 years, she is not only bueatiful but also a talented martial artist (still weak due to her age but talented). His brother offers to buy her for Gold and he takes the Gold offered, believing he will be able to wurm his way out of handing her over by giving excuses. Note he has no memory of his life before crossing over a few days before and certainly lacks general knowledge of how the World works (it is used as source of comidy so well established). No sign of a plan on how he will stop his maid from being taken away except being stubborn and saying no. In a soceity that trades people. Only very bad plot lets him get away with it, but the maid has to experince a kidnapping and most certainly the first stages of sexual assualt before she can be saved.

During the time the Maid is Kidnapped he set lose a White Tiger on the Pet of the Maid a White Rabbit (one that was so close to the maid that they shared a spirtual connection), which kills the White Rabbit while he is gone. The reason for the MC doing so is that he was annoyed at the good relationship of his maid and the white rabbit. While the idiot MC supposedly only wanted to teach the rabbit a lesson and not have it brutally murderd and eaten, he feels zero remorse and only cares about how he can cover up his deed.

[collapse]
Its the usual Author writing wishfullfillment. The MC does not behave according to his background and the setting but likely how the Author wished he could behave. What you get is a tr*sh MC that does not deserve the love and carring those around him give him. If his background was not a fully grown adult who was supposedly part of the military, one might be able to say that the character is intentionally so bad so that he can grow in the furture. But due to this s*upid background choice (to give the MC super combat skills) that does not seem to be the chase. Instead we have the Author spewing some nonsense about mainlyness. <<less
1 Likes · Like Permalink | Report
Advertisements
Leave a Review (Guidelines)
You must be logged in to rate and post a review. Register an account to get started.