Novel Updates
RegisterLogin
Theme
Search
Your changes has been saved.
Advertisements
It’s Sudden, but I Came to Another World! But I Hope to Live Safely

Home >
Novel >
It’s Sudden, but I Came to Another World! But I Hope to Live Safely 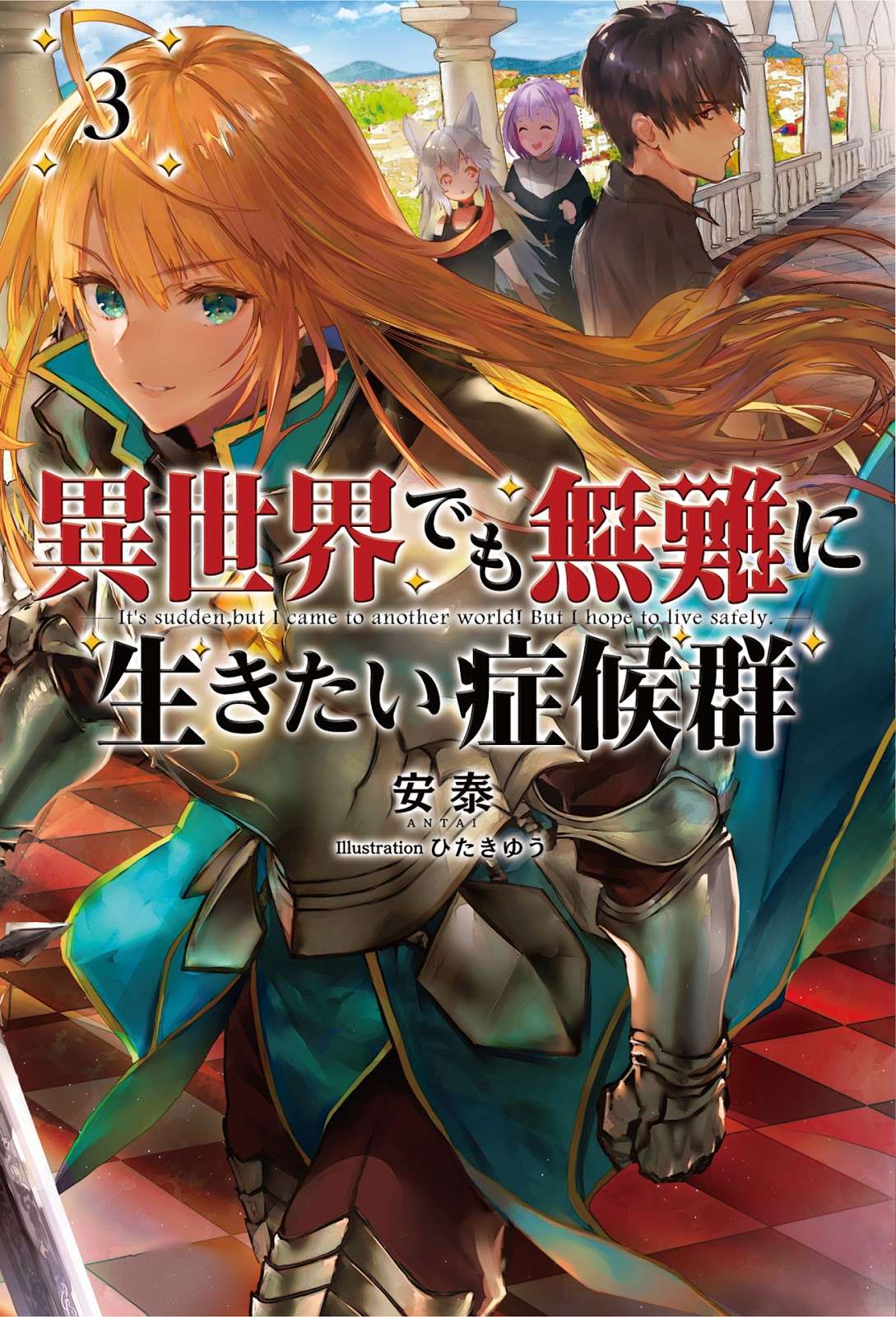 One entry per line
Antai

“Understanding” is “Stronger” than a Sword! There is no magic without any weapons!

But! This is the story of a man who wishes to live safely!

“So, I’ve come to a different world.”

That man stood alone in a mountain full of plants and creatures that he never knew nor saw before. He goes down the mountain by avoiding encounters with a big slime (and bandits), and is caught as a suspicious person in the castle he reaches. In interrogation the female knight Ilias met at the imprisoned place, when talking about the bandits seen in the mountain, Illias, who was stuck in the search for said bandits, hurriedly strikes the bandits . My wish to be a Hero, or to build a harem?

“I just want to live in a safe place” – a story that such a man survives the different world with “Understanding” as a weapon!

Wortenia Senki (WN) (1)
Genius Prince’s National Revitalization from State Deficit ~ Right, Let Us Sell the Country (1)
I’m the Evil Lord of an Intergalactic Empire! (1)
The Legendary Rebuilding of a World by a Realist Demon King (1)
Konjiki no Moji Tsukai (WN) (1)

These are recommendation lists which contains It’s Sudden, but I Came to Another World! But I Hope to Live Safely. You should give them a visit if you're looking for similar novels to read. Alternatively, you can also create your own list.
More Lists >>>

Considering the sophistication of the web-novel, I expect the LN will be even better. I've enjoyed reading it via Google translate so I suspect it is well written and a real translator could make it sparkle like a vampire under the midday sun. It has some action and some mystery and plenty of mind games. The later is because, essentially, it is a story about a wise, cunning, JP MC who lacks any martial or magic abilities. He's portrayed as excellent in terms of his understanding / parsing of the psychology of... more>> others. Of course he's a modern world human and also has solid analytic, logistical, and memory skills. There's some dabbling re: introducing technologies to this new world but mostly theoretical discussions so far so it isn't annoying on that level. Introducing foods is done a bit but again not too heavily. There's devils / demons lurking not so far in the background and more than a few countries introduced -- likely for future travel. R0mance is not a big aspect of the story though -sigh- there are a gaggle of women surrounding the MC (at least it is genuinely not a harem... yet) It's a comparatively intellectual and dialogue heavy story but it is much higher quality than many other JP webnovels. <<less
25 Likes · Like Permalink | Report

Oooh, I hadn't started this because it's got so few chapters, but I've already read ahead on the manga so I definitelly want this to continue because it's an interesting one. MC isn't OP in your typical sense. Imagine "L" from "Death Note" was Isekaied to your fantasy world... I.T'S T.H.A.T A.W.E.S.O.M.E. definitelly deserves a full translation not only because it's unique in it's premise but because IT'S "L" ISEKAIED INTO A FANTASY WORLD. I've made my case.
9 Likes · Like Permalink | Report

Average What? It's awesome and I'm wrong??? Look, with the bombardment of tr*sh tier stories, anything average will seem awesome. Yes, at least the basic was made, the 3 pages of background characterization for each character, but this is different from development, don't mistake. The MC harem is not good, the girls' average IQ is on the single digits and the interactions soon become repetitive, their personalities are very shallow, nekomimi girl who calls you master, the gorilla knight in shining armor, and the useless whiny priestess.
Spoiler

They already living together in gorilla's house.

[collapse]
The knight and her tsunderish violent behavior is not funny, nor its romantic, who likes to be beaten for that crap? That's the main reason the score is 3 instead of 4. Yes, I know, there will always be a tsundere in nip novels, is impossible to run away. Other things that didn't go well were MC getting bff with the king in the first time he talked to him, that was too fast, and the lazy synopsis that seems to make it run away instead of attracting readers. The MC is likeable so everything is ok.
4 Likes · Like Permalink | Report

Started off seeming like a refreshing departure from the usual overpowered protagonist stories, but the story stopped being interesting after the intro; plus I could not stand the translation, had to stop reading. Pros: -not the usual overpowered protagonist, this one can only depend on his smarts... more>> Cons: -story tapers off after intro, aimless and uninteresting, supporting characters quickly become window dressing -this protagonist might not have cheat powers, but as the story progresses there's a strong feeling of writer making this protagonist unrealistically 'overpowered' in terms of his ability to outthink everyone. -subpar translation makes it hard to read; seems like rather than Japanese, the deficiency is in English <<less
3 Likes · Like Permalink | Report

it's good as told by others but some cons: What do you need to prepare for a battle? Opponents info, his trump cards and surrounding details of the battle place, but the MC isn't prepared for opponents trumps -he did mind the surroundings-, ... more>>
Spoiler

he ambushed a bandit king without even knowing his trump cards, he only knew that his enemy is adept at necromancy so he ambushes him and wins, while he could have had teleport, barrier, fly, agility, or any other skill

[collapse]
, but he will die because of mc's plan, he can predict his escape routes, time everything. He schemes on his capability and is not a generic dense/idiotic hot-blooded justice worshipper, a novel well above normal isekai tr*sh. Be prepared for a thorough cliche like salt trade, ML's are tsundere, fox s*ave, clumsy big-sis type. Worldbuilding and continents weren't explained either, it could have been better explained. <<less
2 Likes · Like Permalink | Report
Advertisements
Leave a Review (Guidelines)
You must be logged in to rate and post a review. Register an account to get started.