Novel Updates
RegisterLogin
Theme
Search
Your changes has been saved.
Advertisements
It Was Me, Not You 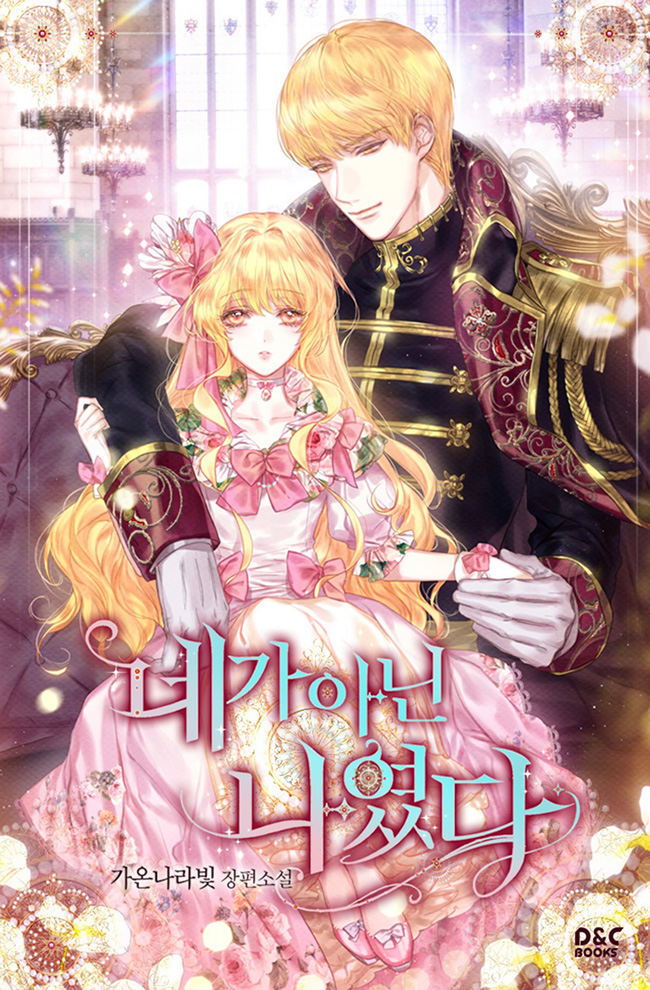 Status in Country of Origin. One entry per line
171 Chapters (Completed)

Diana is an illegitimate child who is said to be the only stain on the entirely honourable Archduke Teravita.

“Don’t even get close to this kind of thing again. This is not the place for a thousand different things like you.”

After ten years of waiting for the day to leave, bearing her mother’s abuse and the princess’s hatred, the Duke returned.

The Archduke somehow thought of his dead wife whenever he saw Diana, but in the end he turned away from her.

When I made the decision to give up everything and escape from illegitimate bond that can never be broken,

The hidden truth was revealed, and everything about the relentless Grand Duke collapsed.

These are recommendation lists which contains It Was Me, Not You. You should give them a visit if you're looking for similar novels to read. Alternatively, you can also create your own list.
More Lists >>>

So far it's very confusing and obtuse, what's worse I am pretty sure I can predict where it is going from the obvious setup. So from what I can see it looks like a novel that will tell you what's going to happen then make you suffer through oblique writing to get you to the point you were certain of in the beginning. I suppose it's good if you're a fan of Columbo, I'm not so I can't give this a good rating. Hopefully I am wrong and it gets much... more>> better. <<less
6 Likes · Like Permalink | Report

So I read the chapters which are translated into English on this website and I did read some spoilers it's kind of frustrating not exactly the book to read if you do not have patience. ... more>>
Spoiler

So our female protagonist is the biological daughter of the Duke and Duchess. But lives as an illegment daughter of a maid.

Duke is a person who lives his past, tries to think of the future, and tries to make a rational decision, but fails.

As I read in the spoiler after the 90th Chapter the Duke comes to know that she's his biological daughter and it was the maid who pretend to be the biological mother of a female protagonist is the one who created the misunderstanding and false situation.

If I'm not wrong he sends his so-called biological daughter to the s*ave trade as a punishment it doesn't make sense but okay.

Uhhh, so the plot itself is overused, but I am sucker for angst and the fluff that comes afterwards..... The translation wasn't the best, but there isn't really that much you have to understand, you can get the gist of it. Unfortunately, we are 30 chapters in and there is no fluff ... more>>
Spoiler

I saw a spoiler that said the duke clears up the misunderstanding at chapter 90 and idk, if I can wait until then. I also don't know how the MC can forgive the duke after everything. Idk, but the duke is making me lose it, but at the same time, it's understandable.

[collapse]
All in all, lots of angst, crumbs of nonfamilial fluff, anger and more angst. <<less
0 Likes · Like Permalink | Report

For me, this series had lots of promise but was let down by a poor translation. Whilst I do appreciate the efforts of the people translating it, the constant typos, peculiar pronoun usage, and strange use of grammar (which included lack of capitalization and, in at least one instance, the use of 'U' instead of 'you') disturbed the flow of what would be a cute childcare drama. And yet, I still read the first twenty-two chapters and will likely read more of the team's efforts because I don't want to... more>> take it for granted. <<less
0 Likes · Like Permalink | Report
Advertisements
Leave a Review (Guidelines)
You must be logged in to rate and post a review. Register an account to get started.