Novel Updates
RegisterLogin
Theme
Search
Your changes has been saved.
Advertisements
Insectoids: The Job of the Males

Home >
Novel >
Insectoids: The Job of the Males 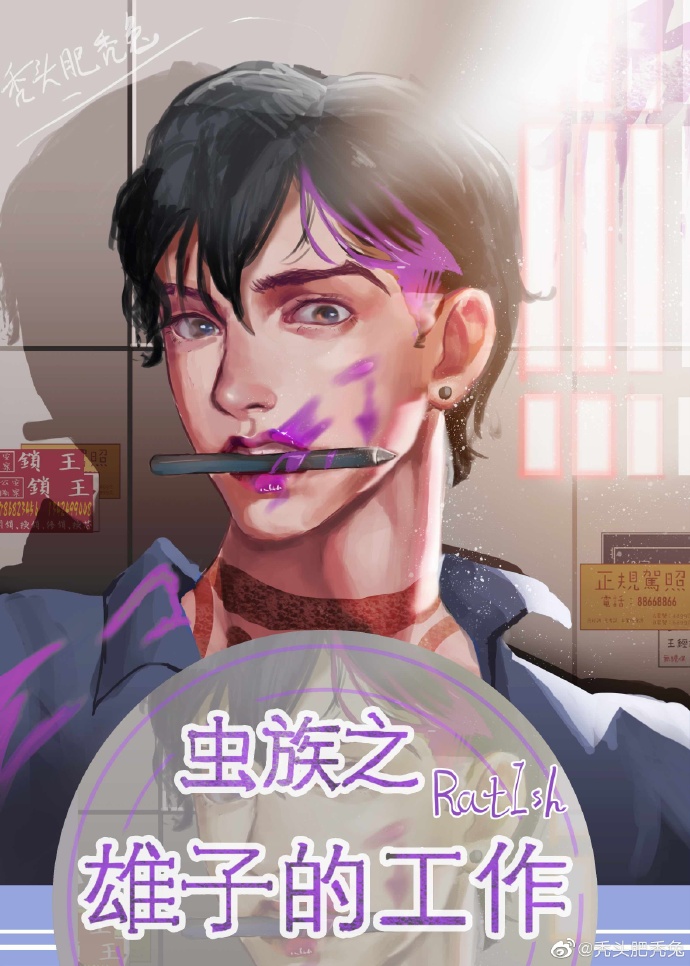 One entry per line
RatIsh
釉彩的钥匙

Status in Country of Origin. One entry per line
78 Chapters (Completed)

After three days of working nonstop, Cheng Zhaoci has transmigrated (read: had a stroke) as is everyone’s wish.

What does it feel like to transmigrate into a male, the rarer s*x of the insectoid race?

Cheng Zhaoci would reply, ‘yeah never mind that, there is still work that is my job to do.’

One day, the internet of the insectoids that had a sore lack of entertainment media suddenly featured a new account that had short serial comics. The comics had sweet love, passionate fighting, and all sorts of imaginative stories. Many fans flock to follow this account. Of course, many shemales were sceptical of the 1-to-1 monogamous love depicted in those comics.

Later, when Wing Commander Wei Zhuo was deep behind enemy lines, his xiongzhu, the Wing Commander Cheng Zhaoci came to rescue him without hesitation. That is when the shemales realised – there certainly can be sweet, sweet, love. It just doesn’t belong to them.

The shemales only want to smile and wave them away.

These are recommendation lists which contains Insectoids: The Job of the Males. You should give them a visit if you're looking for similar novels to read. Alternatively, you can also create your own list.
More Lists >>>

I've never read one from the insectoids (Zergs in other interstellar novels) perspective before and really hooked me. I highly recommend it. The translation is really good and the MC works hard for him and all the ones he cares about. Loving the story so far 10/10.
2 Likes · Like Permalink | Report

Hello, it's the translator here. This is a novel featuring a subgenre commonly MTL'ed as 'Zerg' (massive misnomer, by the way), but I believe this genre has never been appropriately translated onto NU (at least as far as Google would tell me), so I've decided to test the waters with this one. You might find the setting contrived, and it is. It's basically Omegaverse++. Feel free to give it a try if you're still interested so far. Storywise, it's basically a fluffy slice of life story with some glimpses into an... more>> alien society. There are effective moments, but admittedly neither the male lead nor the protagonist develop very much (the protagonist especially). So if you're simply looking for something that could bring a smile to your face and not going to bring ruin to your brain cells, I would heartily recommend this novel to you, since it is one I found myself returning to every now and then if I needed something light to pass the day. <<less
19 Likes · Like Permalink | Report

4 stars! I liked the MC and his friends and the setting was interesting enough. As the translator stated, it's a fluffy story without major conflicts and I'm all for it when the mood strikes. In fact, I really like MC and his attitude towards his profession (a cartoonist), and even the stories he creates are interesting. The people he meet are an interesting bunch, from his adopted brothers (who are "females") and the other males he meet, their interactions are amusing to read. The only downside to the story for me is... more>> the romance:
Spoiler

perhaps I didn't read it properly because towards the middle I was reading a little faster. However, as 2 individuals with vastly different backgrounds, age, interests and lack of interaction, I just couldn't find the romance believable. It was like MC suddenly felt that ML was worth pursuing and went all in. ML did have superficial feelings for MC at the beginning but I think all the "females" did. There just wasn't enough chemistry. MC interacted with everyone else way more than ML before this sudden trigger (or the build up itself wasn't convincing).

[collapse]
Otherwise, it is a stress-free read if one is looking for something simple and feel good. <<less
5 Likes · Like Permalink | Report
Advertisements
Leave a Review (Guidelines)
You must be logged in to rate and post a review. Register an account to get started.