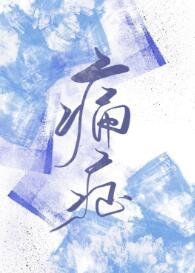 One entry per line
玉寺人

Status in Country of Origin. One entry per line
78 Chapters + 22 Extras (Completed)

Bai Xunyin was inadvertently traumatized by stress during the year she graduated from Middle School. She became a “little mute” who couldn’t speak. In her first year of high school, she spent her days listening to the cynicism and discriminatory bullying of people around her until her second year of high school. Bai Xunyin met Yu Luoyin. He was clear, elegant, with straight eyebrows and star like eyes. He was the most handsome boy in school, and was the dream boyfriend of all girls in school. But for Bai Xunyin, Yu Luoyin was the first to protect her, smile at her, discuss topics with her, and the person who had lunch with her. The onset of her crush was turbulent and confusing in her teenage years.

Bai Xunyin’s diary during the second year of high school was filled with the name ‘Yu Luoyin’. Bai Xunyin did not extravagantly ask for Yu Luoyin to like her, but she didn’t expect that in the third year of high school, she would inadvertently see his “true personality” in the corner of a corridor. Under Yu Luoyin’s gentle, elegant and handsome appearance was a scumbag. He faced his two tr*shy friends, smiled and said-“The little mute started to like me. Our bet ends here, I’m bored of staying with her.” Bai Xunyin could not speak, but her eyes knew how to cry. Since then, she never looked directly at Yu Luoyin again.

Afterwards Young Master Yu ridiculed her, mocked her, broke a table, apologized, and even hurt himself, he used various methods but it was still useless. He could only kneel in front of Bai Xunyin, his eyes red, and his voice hoarse, begging—”Yinyin, forgive me once. For the rest of my life, I will never dare to do this again.” *You are my unspeakable incurable pain. It hurts when I think of you, but it hurts even more when I can’t think of you.

One entry per line
痛症

Loving You Dearly (1)
I Was Admitted To The Villain School (1)
Isn’t Being A Wicked Woman Much Better? (1)
Legend of Concubine’s Daughter Minglan (1)
My Mister Ostrich (1)
Returning (1)

These are recommendation lists which contains Incurable Pain. You should give them a visit if you're looking for similar novels to read. Alternatively, you can also create your own list.
More Lists >>>

Satisfying. The FL, besides having a few wishy-washy moments, is smart and thinks for herself. She stands up for herself well and doesn't give in to peer pressure. The ML is scum in the first half of his life and mellows out later after recognizing his wrongs. The novel is insightful and doesn't depend on trending topics like r*pe and "domineering cold CEO" to become popular. There is proper communication regarding relationships and we get good peeks at each character's mindsets. The writing is pretty consistent, unlike other novels with MCs whose personalities... more>> change every other sentence. It's a sweet, cathartic read. I recommend! <<less
1 Likes · Like Permalink | Report

I MTLed this novel. This was a really well written novel. It's obvious from the synopsis that this novel is not a light read. However, the author has a way of balancing the angst so that it doesn't drag too long for readers. MC is a very rare character who is honest, upright and strong, yet balanced with fragility and high psychological walls. About the MC To answer the question of why I described MC as strong, I can speak from personal experience from having been bullied in school for longer than MC... more>> has experienced and dealt with more violence. People are very complex. Why I mention both strong and fragile is that humans are filled with contradictions. We can be many opposing things at once. MC is strong in sticking to honesty both with herself and others. I empathize and also share the same values. It's what held my sanity together in the darkest days to always be honest to myself. That is a strength. However just like MC we both shared the super high psychological walls. I've also suffered betrayal before. Walls may seem like a sign of strength but in fact they are there to hide the fragility inside. This is what I've worked many years to overcome in my life and I appreciate the author being very real in describing MC's growth. MC and ML are still flawed characters but they are moving forward with their pain and that is realistic. I want to share this with everyone, just because someone is bullied and they don't act like some protagonist in a novel and face slap them back with the power of revenge, doesn't mean they are weak. Sometimes, like myself at one point in time, I don't even see the people around me as human beings worth talking to. I know that's messed up. It's not being bullied that makes someone weak. Just because someone is hurt by other people and doesn't react to it or not in the way that you think is fighting back doesn't necessarily mean they are cowards. In my case just like with MC I was afraid of betrayal and set high walls so no one could hurt me. But it was there to hide my fear of being hurt. Human beings are so much more complex than being divided between "strong" or "weak". We all live balancing many contradictions, many strengths and many weaknesses. About the ML ML goes through a tremendous amount of personal growth throughout the novel. This isn't one of those ridiculous scum ML is forgiven easily by MC novels. The ML really goes through a lot of meaningful change and it's heartbreaking yet so touching to read his growth. To the comment before about ML changing for the MC as if it's something wrong, it's actually really hard to be motivated to make a change and seek help. Sometimes the basis of that change maybe because someone knows how destructive they are towards their family or their loved ones and they draw from that courage to take the first step. There's nothing pure about it's bullsh*t if you don't make a change for yourself alone. People need to have something to motivate themselves and can achieve tremendous growth with the idea in mind to continue working hard for those around them. This can be like people battling addiction and mental health. There is nothing wrong with ML seeking to change themselves and acknowledging the pain he has caused MC. For all we know in real life, someone going through this might never get together with MC again. However, that he did the best he could to try is still a testament to his growth. The author could have been more realistic and included some therapist sessions but I'm assuming that would probably not fly well with the audience. Mental health is a very frowned upon topic in China and I speak of this being Chinese myself and knowing even family members around me who need help but would rather die than seek a therapist. About the story MC also grows a lot throughout all this. Everything is beautifully paced and makes so much sense. Read this if you like realistic characters and romance. The characters all are very mature and honestly have a much healthier mentality than a lot of romance novel characters I've read. While each have to deal with their own shortcomings, that growth is gradual and believable. MC is really wonderful to read. I highly recommend this for anyone who would like to explore a romance that delves into psychological themes well. <<less
31 Likes · Like Permalink | Report

Well the summary puts it lightly. The Male Lead is a total entitled scumbag who simply wants to possess the MC and in the end quite easily succeeds. This romance was absolute manipulative garbage from the start.... more>> ML is scum and MC is mostly socially crippled for the entire novel. Even late into the story you only feel sick that MC is even close to Ml. ML also magically becomes nice to MC after he acquires her, so there's that. By the way, it took barely any time for ML to chase MC (as if taking a short trip for fun for himself was somehow suffering), with the author heavily trying to make it seem as if ML is suffering (the entitled guy is absolutely not. Story would have been 1000x better if MC had kicked this tr*sh ML out of her life), but it all falls extremely flat. Hybridiris didn't appear to be reading the same novel? MC is weak the entire novel and ML only changed so that he could get the MC. His turning point is entirely BS contrived and he's just a stereotypical Pyscho maniac ML. -10, 000 don't read unless you enjoy the suffering. <<less
10 Likes · Like Permalink | Report

Because the name and summary sound very dog blood drama (no good haha I want to know if it shitty or not) .I'm curious so I mtl it. It happen to be nice one, well writen. I read it till the end. Story have 2 parts high school arc (around 50 chapters and very hurtful) and grow up arc. ML is school grass. He look good but scum and 2 face lier. He is immature at frist half of story. MC is rational and protect her heart well so she look cold... more>> but the true is not. She is innocent but she not s*upid, she very strong one. Not an emotional type. (Author give her logic and common sense) They hurt each other badly then author give them a time to grow up. They meet again when 24 years old. I don't know if you can stand ml, at first 20 chapters (i think it the worst parts) he is scum and his act really ennoyed me and next 20 chapters he is like the mental ill and creepy (stalking etc) orz. But FL is very likeable. All her act is very good that why I can continue read it. It hard to find this kind of FL in Nc novel. I recommend it if you can stand ML when he's young. (Waste your time reading, pass 50 chapters) He really grow up to be a better man. <<less
7 Likes · Like Permalink | Report

Haven’t reviewed in a while but I wanted to help this interesting story out of a low rating hole. It’s half action/dialogue and half psychological with a lot of really good insights into why the MC and ML are the way they are at the start of the story and what they think and what drives them as the story moves. Yes the ML starts as entitled arrogant [email protected] but not actually evil. I think his character development is a key viewpoint in this story. He deserves a lot of growth by... more>> suffering 😈 The MC seems weak but is actually fiercely strong. She wants to live well, risks hurt, and deals with reality. Hopefully the MCs development out of her trauma is her part of this story. I’m looking forward to more chapters to see how this works out (dear TN, frequent feedings please😁) <<less
3 Likes · Like Permalink | Report

It is very great novel. The FL and ML are real, their feelings, emotions is so real and usual. I recommend it for everyone💘
0 Likes · Like Permalink | Report
Advertisements
Leave a Review (Guidelines)
You must be logged in to rate and post a review. Register an account to get started.