Novel Updates
RegisterLogin
Theme
Search
Your changes has been saved.
Advertisements
In the Years When I Was a Father

Home >
Novel >
In the Years When I Was a Father 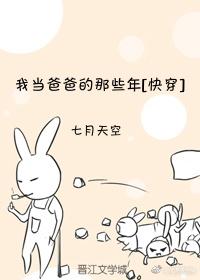 Status in Country of Origin. One entry per line
184 Chapters + 1 Extra (Completed)

The story of being a father in various worlds!

Qi Sheng was originally the executor of cannon fodder supporting male missions. After going through infinite worlds, Qi Sheng successfully turned himself into the perfect male god with all kinds of skills. He was caught as a strong host by the system and continued on to start the next themed task.

System: Sir Host, save the child!!!

So, Qi Sheng had no choice but to cross through various worlds and become one “scum dad” after another, to save one poor child after another!

One entry per line
我当爸爸的那些年[快穿]

These are recommendation lists which contains In the Years When I Was a Father. You should give them a visit if you're looking for similar novels to read. Alternatively, you can also create your own list.
More Lists >>>

In this QT --> there isn't a strong focus on romance. It really lets you focus on the family dynamics and such. It's a really nice read. MC is a capable father who is knowledgeable at times quite adorable to read about. As a transmigrator, MC is also aware to not act unnaturally. Translation is 10/10 as well. ... more>>
Spoiler

[Arc 1] President/company arc. Three sons from three different mothers. MC is the flamboyant father who has no business talents. Company is managed by the grandfather (MC's father). HE.

[Arc 2] Favoritism arc. MC & elder son sends younger son to Beijing to study medecine. MC stays in Beijing with the elder son to start a food business. Later, younger son recalls his memories of being scorned in his last life. HE.

[Arc 3] Showbiz arc. MC works in the background to support his son on his road to becoming an actor. HE.

[Arc 4] Historical arc. Original was a small mediocre official of a poor county who was extremely tough on his children. Mostly about how MC improves the county's lives. HE.

[Arc 5] Showbiz arc. Original is a movie emperor whose has a rocky relationship with his son due to his workaholic nature. HE. Note: MC actually interacts with the original's wife during this arc and he is very sweet to her.

[Arc 6] Modern. Baby quintuplets (kind of like twins, but 5 of them). Except, one of the children was reborn. Note: Also interacts with the original's wife in a sweet way. The best is the siblings' tight relationship.

Hello, I'm the new translator of this novel! I really adore this novel, so I decided to pick it up. It's about an MC who goes through multiple worlds replacing scum fathers and changing the little bun's fate. It's very wholesome, and MC'S genuine care and affection for whichever family he transmigrates into is really nice to see. Dogblood is kept to a minimum, although some arcs' endings had this peaceful, bittersweet feel to them. My favorite arc is the Interstellar Beastmen arc. The target's growth was really satisfying.
Spoiler

He went from a cub despairing over his inability to transform, to a proud and strong youth who knew that no matter what, his family would always be by his side. Without, the MC's intervention, I feel like he would have become a typical ultra-powerful, cold-faced Marshal ML with a really tragic backstory. The author never really elaborates on what this particular little bun's original ending was, which is unusual given that the original ending of the target is mentioned in most of the other arcs. But with what's mentioned in the story, it wouldn't have been anything good. Fortunately, Qi Sheng was there.

[collapse]
One interesting aspect of the novel is that
Spoiler

sometimes a character figures out that MC is not the original owner. I think it only occurs two times, but each of their reactions were very bittersweet.

[collapse]
The sad thing though, is that the novel's ending is quite unsatisfying. It never really explains who exactly the MC is. I supposed you could say it's open ended? The whole novel mainly focuses on the arcs, and MC's background is never delved into - which I guess was the author's intention in the first place. All in all, it's a sweet, lighthearted read, good for when you just want to kick back, relax, and read about little buns getting the happy childhoods they deserve!
9 Likes · Like Permalink | Report

MTL- around 3-4 ☆ level (Somewhat easy, but there are arcs with difficult to understand phrases) Its a good read to pass time. I like these types of qt. Not much face slapping, mostly raising/saving kids (Well, duh) ... more>>
Spoiler

One downside of this is that almost all of the arcs children are SONS. (And each of them are adorable, specially those who started as little ones.) There s 15 arcs, only 3 have daughters

The arcs that he has a daughter was very pitifully done

1. The daughter is a side character. Just part of the backstory. Only got a one liner throughout the arc.

2. The daughter on the arc is very annoying, spoiled, unreasonable, naive, and low IQ girl. Not very likeable.

3. The daughter is a side character again. (Tho, she s adorable because its a white tiger cub) ❤

This novel is very... Weird. I do like slice of life and fluff and family focused stories and all that, but the author doesn't really let you invest any feelings on the children because they don't describe the original setting. I mean, sure, it's not 100% necessary when the background is as cliche as they come, but I would like to know beforehand what the alternative was instead of some vague insinuations, you know? ... more>>
Spoiler

In one of the worlds the dad raised two sons who were not his own and it's said he was very cruel after finding out, but we never actually know what he did to the kids. In another it's said the kid was a villain because he was raised in poverty after the dad sold their house but we don't know what else the dad did or what he went through? And then some characters show up as if they had been introduced from the start and I'm scratching my head wondering who else will show up just because the author felt like it.

[collapse]
Overall it's a cute story about raising sons (and one brain dead daughter) that doesn't manage to make you feel distressed for their past. It's a good one for people who don't want to deal with stress, but it can be a bit... Unfulfilling. <<less
4 Likes · Like Permalink | Report

I like this novel very much. I enjoyed reading it. The MC was a great father. I really like his personality. I liked most of the arcs. Maybe the only thing I didn’t like was the disappearance of the system. In the first world, we saw the system gave the main goal and we knew the hidden one at the end of the arc but it simply disappear later.
1 Likes · Like Permalink | Report

Loved it! But the ending, if you can call it that, was VERY unsatisfying. It was more an open ending if anything. I'm just surprised that in all the worlds he'd traveled to, there was only one where he raised a daughter, and it was my least favorite arc. It was a light hearted read that I wished had more.
1 Likes · Like Permalink | Report

It's ordinary but also excellent. And since it focuses on family dynamics it's very slice of life. Completely a feel good novel. At least no dog blooded plot because MC is such a plug-in any wrinkles in the supposed story of each arc is smoothed out by him. MC is also very OP, he integrated into the characters he assume while also whitewash himself though several arcs he was exposed and some also has his supposed son was rebirth but everyone ends up happy. The story arcs are interesting but also... more>> calm. <<less
1 Likes · Like Permalink | Report

The first arc already Top Notch!!! Qi Sheng's action to be good father was telling his children truths, have some light bonding... spoiling and caring toward them without overdoing it... lecturing them when they were in the wrong... Make the brothers have some activity togethers... Support the children's good dream... Being Proud of them and showing it... !!! Also he's Enjoying life because in the first arc, his status was a Lazy Rich Second Generation. But he wasn't lazy nor being serious. He Really enjoying life! Not doing anything complicated. I... more>> Love it Soooo much!!! Someone really really REALLY should continue translating this novel!!! <<less
0 Likes · Like Permalink | Report
Advertisements
Leave a Review (Guidelines)
You must be logged in to rate and post a review. Register an account to get started.