Novel Updates
RegisterLogin
Theme
Search
Your changes has been saved.
Advertisements
In My Previous Life I Was a Saint, but Now I Want to Cut Corners

Home >
Novel >
In My Previous Life I Was a Saint, but Now I Want to Cut Corners 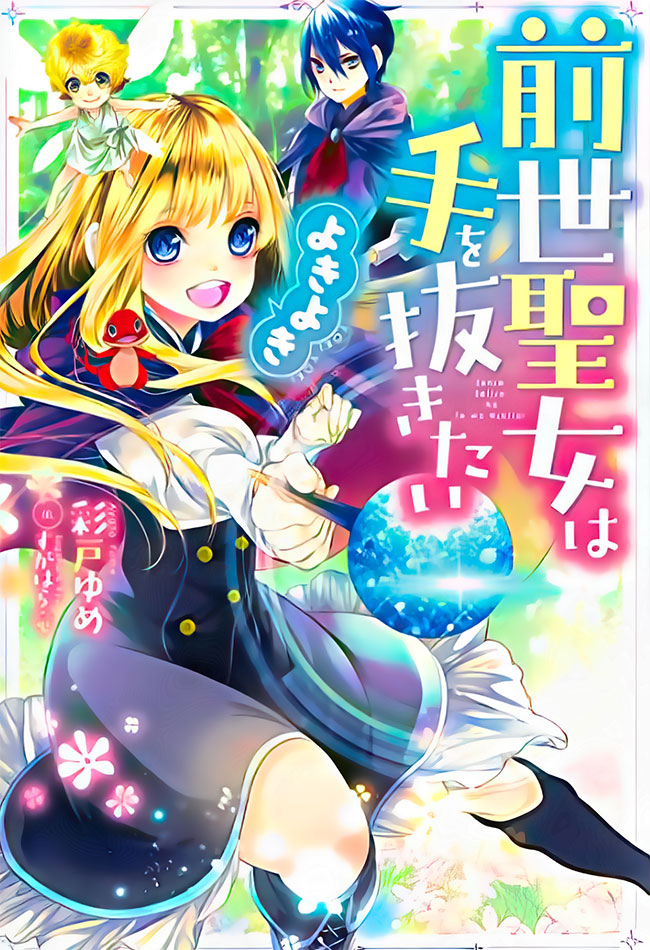 Status in Country of Origin. One entry per line
2 LN Volumes (Ongoing)

Renaria suddenly remembers her memories from her previous life. In the past, she was a saintess who was proficient in light magic, However, using this magic is life-threatening…

The princess fakes attempting to kill herself because she is in love with Renaria’s Fiance, the second prince. Using holy magic as is the duty of a saintess, she loses her life reviving the princess.

Now she is starting off her teenage years with her memories intact and a goal in mind to avoid being noticed by the royal family. Can she protect her identity? Will she be married off? Only time will tell.

The Reincarnated Great Saintess Hides the Fact That She Is a Saintess! (1)

These are recommendation lists which contains In My Previous Life I Was a Saint, but Now I Want to Cut Corners. You should give them a visit if you're looking for similar novels to read. Alternatively, you can also create your own list.
N/A

I was brought here after reading the manga version. As the description said, the MC in her previous life died because she revived the princess. When reading the manga version, I was completely speechless and thought 'Why did she easily throw her life?' and 'She was so s*upid'. It made me really upset. Still, I try to look for the novel version because of my curiosity as well as my belief (based on my reading experience so far) that most manga versions omitted some information from the web novel. Anyway, after... more>> reading the first chapter of the novel, it started to make sense.
Spoiler

So, the MC in her previous life was a commoner. And, by the system in that era, all commoner children who have magic power were taken to the church. And, basically, all that commoners were exploited there. They must help people (mostly high power aristocracy people) and in the end sacrificing themselves. By the way, there are no aristocratic children in the church, because, of course, the aristocrats didn't want their children to become a sacrifice so the country used commoners.

MC was the last saint in her batch because the other was already dead after losing their life force. Then, finally, MC was ordered to revive the princess. MC, of course, didn't have any choice except to obey the order. Then, she died.

[collapse]
So, it makes sense that the MC didn't object to the order to heal the princess. She just couldn't. I find this novel really interesting, so I'm looking forward to the continuation. <<less
9 Likes · Like Permalink | Report

I don't normally drop the hammer on a series after just one chapter. This series has the honor of being the first and only in nearly a hundred reviews here's why ... more>>
Spoiler

Oh man oh man, the opening for this one was just something awful.

MC in her last life was the recognized saint and was in love with a noble named Lord Marus. Thy planned to get married as soon as her term as her term as saint was over. This plan comes crashing to a halt when she gets word that the princess committed suicide and she has to save her.

Naturally without so much as a hesitation the MC saves the princess, and as she is dying sees her say "There goes the tr*sh now I can marry lord marius"

1000 years pass she reincarnates goes for her magic assessment, has a really powerful Air magic, remembers her old life, has her old, still has her healing, SO SHE DECIDES TO WORK REALLY HARD SO SHE CAN BE AS MUCH OF A NOBODY AS POSSIBLE.

WHY? BECAUSE A THOUSAND YEARS AGO SHE COULDN'T SAY NO (╯°□°) ╯︵ ┻━┻

This plotline just makes me want to bang my head into a wall. I don't even want to think how bad it is.

Hmm she committed suicide you say: I just need to get my holy relic before I save her. Yeah that's the ticket holy relic. {Runs as fast as possible to another kingdom that doesn't have an extradition treaty}

Hmm it's been a thousand fricking years they must still remember me (maybe they do as that pathetically s*upid saint), I'd better hide.

Saints are healers, so I need to hide my air magic to throw the people looking for healing magic for the past 1000 years off the scent.

I dunno if it's bad translation but the first chapter mystified me so much.
Spoiler

Basically the MC (commoner) was to marry the prince so royalty can have strong magic.

The Duke's daughter, who is labeled a princess takes poison so the MC has no choice but to cure her at the cost of her own life, because ''that's just how it is'' for church raised , I mean , I mean saints.

I wanna say nobility are smarter than that, but inbreeding apparently.

[collapse]
Basically I think the premise is dumb and executed dumbly. I hold no hope for the rest of the story.
3 Likes · Like Permalink | Report
Advertisements
Leave a Review (Guidelines)
You must be logged in to rate and post a review. Register an account to get started.

A Merc in A Fantasy World
Advertisements