Novel Updates
RegisterLogin
Theme
Search
Your changes has been saved.
I’ll Wrench the Neck of Sweet Son of a B*tch 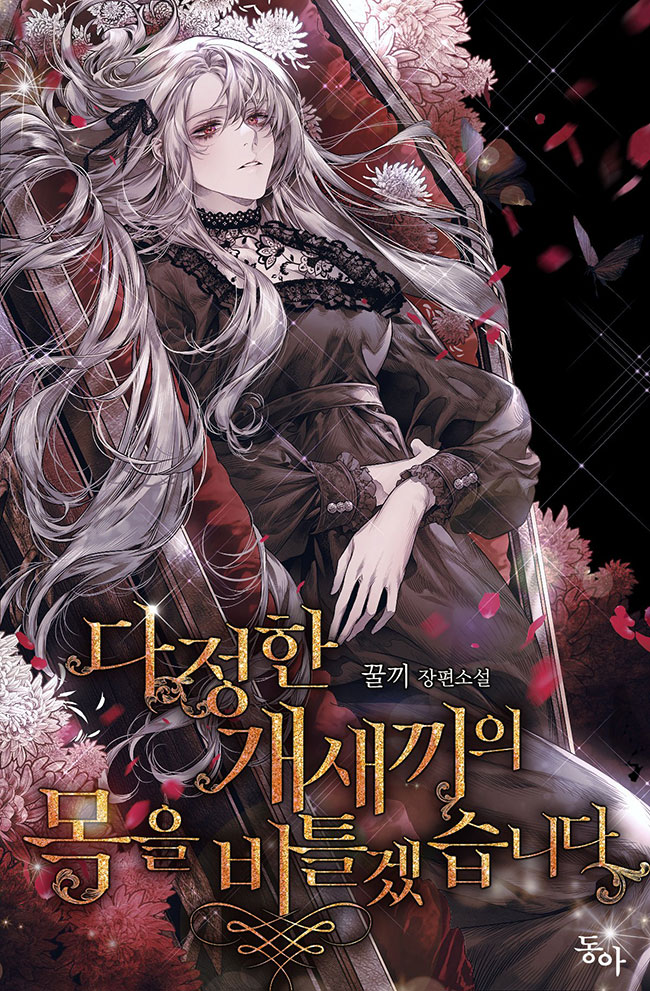 One entry per line
Honey
꿀끼

Status in Country of Origin. One entry per line
120 Chapters + 44 extra chapters (Completed)

Chloe Garnet, who sacrificed everything for the man she loves, died a tragic death. Foolish Chloe realized too late. She was the bait that the man would throw at the Emperor, and he was the most beautiful son of a bit*h disguised with affection

At the age of seventeen, I was so young and immature that I couldn’t hide my growing heart.

“I’ve been in love with you for a long time.”

My body shrunk at the sight of him slowly holding my chin and looking through my body, but I took courage and took a step closer to him.

“Love. So you have already reached that age.”

His fingertips swept down my face. Despite the unexpected confession, he was overly relaxed and skillful.

“I like you too, Chloe. I love you. How can I not be happy with you, who will bring me my brother’s neck in the future?”

The man whom I loved, was so sweet that he was even more cruel.

“Have the emperor’s child.”

When I opened my eyes again, he looked down at me with a pale face.

He was the man who trampled on my love and broke me.

These are recommendation lists which contains I’ll Wrench the Neck of Sweet Son of a B*tch. You should give them a visit if you're looking for similar novels to read. Alternatively, you can also create your own list.
More Lists >>>

I usually don't give review before completing my reading, but seeing how bad this novel is roasted, I guess a little clarification is needed. First of all, the novel description is misleading. This is not a story about abused woman living happily ever after with her abuser, nor about villain turning a new leaf. This is a story about SECOND CHANCE. Instead of the usual turning-back-in-time story, the author presents a new dynamic. What if, every major character involved in the main story is given the equal chance to go back in... more>> time with their past memories intact, so everyone is still held accountable for their past deeds. It's interesting to see what choices will they make in their second chance; will they learn from their past action or continue the same.
Spoiler

MC was an illegitimate child and was physically abused at her father household. The duke, who claimed to be their very distant relative, took her out and raised her to be sent as honey trap for the emperor.

With his brainwashing, she grew up as a docile lady, never learned to have her own freedom to think and act. She lead her husband, the emperor, to visit the duke castle where he was ambushed and killed, and yet he didn't blame her. His kindness made her shed tears for him.

After his death, the duke became the new emperor. He r*ped and confined her inside the tower, separating her from her daughter. She committed suicide with poison. As cliché as it sounds, he couldn't accept her death and became crazy.

[collapse]
So that was the story of their previous lives, which was quite long and took few chapters. The main story happens after that.
Spoiler

They all came back in time with the memories of their previous life. The duke tried to change his approach but her past experience had opened her eyes.

She thought that she loved the duke and did everything for him because love means sacrifice but after experiencing all, she could see that he was a selfish person.

With the help of the emperor (aka male lead), she left the duke (aka the villain) and started a new life. She regretted her past actions and didn't want to hurt ML again, so she stayed away from him. She tried to set things right and learned to live for herself.

ML was really good-hearted that even after he knew about the duke's plan, he refused to use her for revenge. Instead, he protected her and told her to find her own happiness. And nope, he didn't cheat on his empress for MC. It was contractual marriage since the start.

The villain, of course, didn't give up and tried to get her back. He might suffer a mental blow in the beginning after she left but he quickly gathered himself and made another shot. I don't even think that he ever loved her, but merely possessive. She was his finest doll. His craziness in the previous time could be a result from his anger and inability to face reality when everything didn't go according to his plan.

The same goes for MC past love for the duke. The so called love could be an illusory feeling born out of her gratitude and dependence to her savior, and further distorted as love by his brainwashing.

[collapse]
Update: Overall, the story was good but too many different POV slowed the pacing, so it's kinda boring to read after sometime, hence 4 stars. <<less
29 Likes · Like Permalink | Report

For people who thinks he cheated on his wife and whether there was no love between them or not isn't an excuse, you need to read the full novel or just go through the spoilers to know he never cheated on the woman who was the Empress or disrespected there relationship. Please do not form opinion without reading the novel to the end

[collapse]
I hated the Duke, for what he did, his backstory makes me understand that why was he the way he was. There is no sad story behind his selfish and evil ways, he was raised by the wrong people and despite being able to distinguish between good and bad when he grew up, he still chose the destructive path as he a greedy man. Greed was the reason of his downfall, had he realised the worth of the person who loved him, he wouldn't have fallen into such despair and became the villain he remained till the end. Anyway, I'll cut my review short with this novel was really amazing and every evil character or even the character who were not evil but contributed to bad decisions got their karma. The reason I gave this novel a less star is because of the side story. I'll be dropping a spoiler bellow, don't click it if you don't wanna know it, it's related to the side stories.
Spoiler

I literally hated the side stories as Estelle, the daughter was hinted to be ending up with the Knight who loved her mother. You must be thinking how that is possible? You've to read the novel (or spoilers) in order to figure that out

[collapse]
Anyway, avoid reading the side stories if you like me, didn't like this idea. Just read the novel till the main story.
Spoiler

Estelle disappeared in the main story but is found again and reconciled with her family I'm the side stories, for you if you feel sad for her disappearing in the end of the main story.

[collapse]
I'll stop now or I'll just spoil the whole story instead of giving a decent review. I loved the novel overall, expect the side stories. This is one of the best works of the author. <<less
11 Likes · Like Permalink | Report

Edit: Dropped, originally bookmarked but once it updated I couldn't be bothered to keep reading. Is there a reason to drive back and look at a car crash (this story) again? Holy smokes this story is like watching a car accident, it's messed up but you want to keep looking. Female MC gets adopted, seduced and mind broken, she gets thrown as a honey pot, gets used and has her emperor husband killed, her child taken away then she gets r*ped and she's forced to drink poison? Fk.... more>> I call these desolation novels because the author doesn't know when to stop LOL It's already totally f*cked so where can they even go from here? So she goes back to the past right? I thought oh wow ok so she's gonna get revenge. Nah everyone went back to the past the story is f*cked LOL?? U, gh it all went wrong so fast, who's the target audience here? It's not a smut novel so the guys won't get off on mind break and r*pe and this is really screwed if you're a lady LOL. Fk what kind of NTR garbage did I just read? Fk. <<less
8 Likes · Like Permalink | Report
Leave a Review (Guidelines)
You must be logged in to rate and post a review. Register an account to get started.