Novel Updates
RegisterLogin
Theme
Search
Your changes has been saved.
If You Are Not Red, You Must Inherit the Family

Home >
Novel >
If You Are Not Red, You Must Inherit the Family 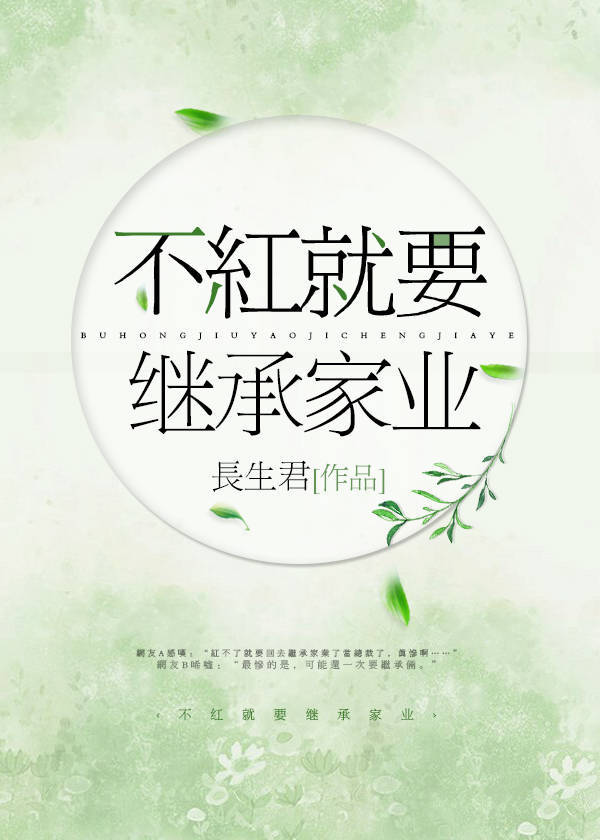 Status in Country of Origin. One entry per line
completed (131 Chapters+7 extras)

The reborn Chi Feiran swiftly ran to the entertainment world to protect his life. After working one time with Rong Jin, a famous actor, the shipping between them erupted.

“You guys, look at Ranran! He’d never smiled so sweetly as he sang before!”

Chi Feiran was dumbstruck, his last mini album was a compilation of sad depressed love songs! It’s all broken-hearted songs with being dumped, being cheated on, being a spare tire, is he supposed to smile when he’s being kept as a spare?! Does that make any sense?!

It’s the first time actor Rong had a gay scandal since he debuted many years ago. The shipping between them became very hyped up. Every day, Chi Feiran saw himself… If not being paid for, he’s being cared for. So many scandals that it’ll need to be put in cargo when shipped out.

The silence is the most terrifying.

Netizen A lamented, “If he couldn’t make it big he has to go home and succeed the business as a president, so pitiful…”
Netizen B sobbed, “What’s more pitiful is… He might have to inherit two businesses at once.”

One entry per line
If you're not popular, you have to inherit the family business [rebirth]
不红就要继承家业[重生]

These are recommendation lists which contains If You Are Not Red, You Must Inherit the Family. You should give them a visit if you're looking for similar novels to read. Alternatively, you can also create your own list.
More Lists >>>

Looks good.. But the translation is only a bit better than MTL. So I read ahead lol. It's about a guy that woke up young again. He thought that his step brother killed him, so he went to China to escape. He became a singer, actor, and of course met ML in the process. I love the netizens reactions and I love the oblivious-that-he's-a-jenius MC. ... more>>
Spoiler

ML is a narcissist. He thought the MC loved him when MC made some songs about his early movies. Lol he found out later that it's not true though.

[collapse]
If you love showbiz danmei, this is perfect for you! <<less
6 Likes · Like Permalink | Report

The premise of the story seemed interesting. And a narcissistic ML is hilarious. It’s definitely fluffy, be warned. The translation is a MTL and some parts are really confusing to understand. I dropped after the translation was too confusing for me to follow anymore.
2 Likes · Like Permalink | Report

The story is full of plot holes. The author is so bent on pairing up the MC and ML too early. I'm really not fond of the 'instant love trope.' ... more>>
Spoiler

I could not take this story seriously as this is just plain silly and kinda ridiculous. A very famous and amazing director who is known to be very picky chose give to the MC an acting role when he saw the video of him singing. The MC has zero experience in acting and suddenly the supposedly 'picky' director chose him just like that? The MC's lucky aura sure is strong in this story.

Another thing that made me stop reading the story is the lack of details of the MC's career, the author is much more invested on the MC and ML's interactions. (Which is not a good thing for me since the reason I read the story to begin with is because it's about the acting/singing/showbiz)

Who knows maybe the later chapters will be much better but I just don't have the energy and willpower too read it.

[collapse]
Maybe other readers will like this story but this one is just not my cup of tea. <<less
1 Likes · Like Permalink | Report

a fluffy story with lots of squee moments. There are some darker things addressed, of course, but the MC was only three or four years older than his age at the start of the series when he died the first time and he knows very little about China or the entertainment field. His occasional moments of confusion and low EQ seem more natural in this light and thankfully he's not an idiot MC, which would have made me drop the story. The ML has a hole in his brain but... more>> that's ok. Overall it's pretty decent for a light and fluffy novel but I do wish we could have gotten more of the entertainment side of things, which was why I was reading the story in the first place.
Spoiler

I like that he didn't let the past life stuff fester for too long and actually talked to his brother, who then helped him get his revenge and move on with his new life. I also liked that he didn't hide it from his family; once he realized he liked a guy he told them before he confessed, as did the ml.