Novel Updates
RegisterLogin
Theme
Search
Your changes has been saved.
Advertisements
I Will Return My New Brother

Home >
Novel >
I Will Return My New Brother 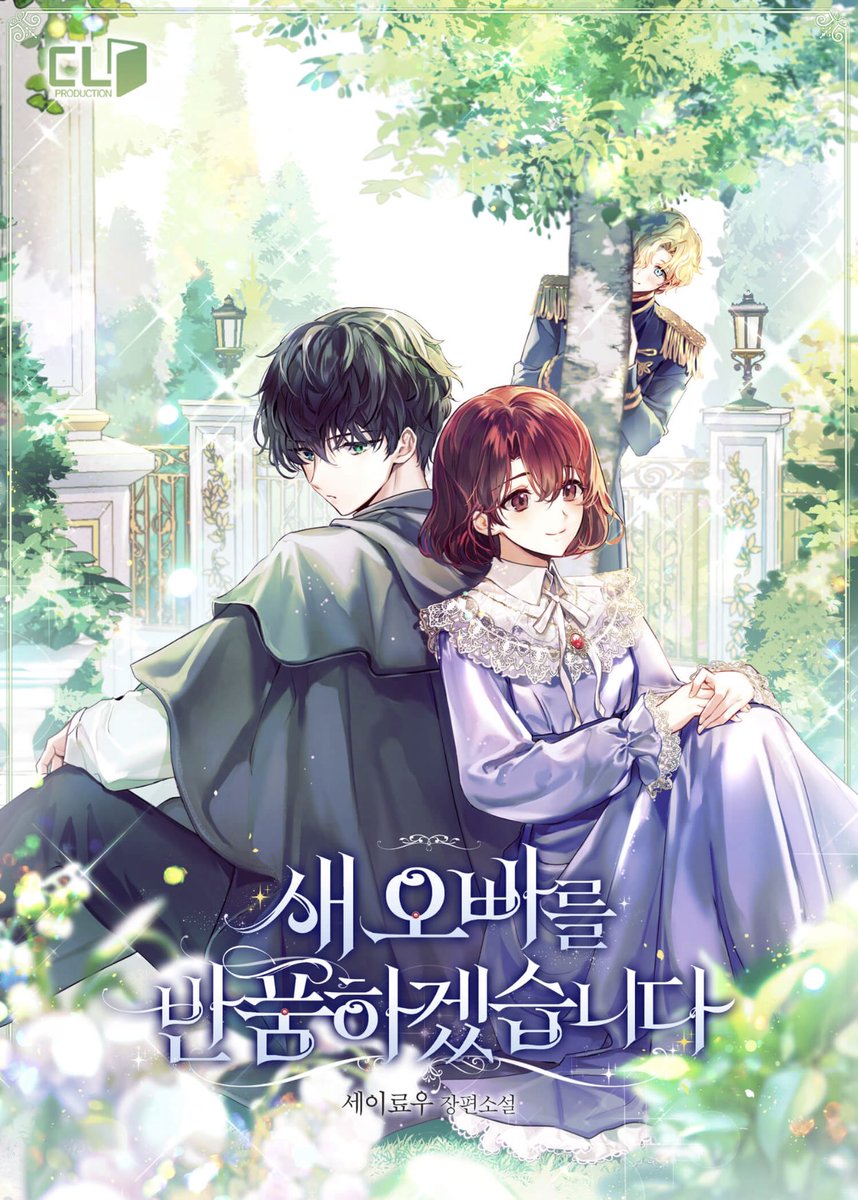 One entry per line
세이료우

Status in Country of Origin. One entry per line
231 Chapters (Completed)

Sometimes, your environment could change overnight without having to experience regression, transmigration, or even reincarnation.

It was when your mother fell in love with the Duke of the Empire.

That’s why I have a new brother.

But he’s a little weird.

“I promise you I will look after you, so you won’t get even a drop of water on your hand until the day I die.”

“Why do you promise me that?”

“I prepared this for you.”

“Feel free to let me know if there’s anything you want.”

“Please don’t stay at home, meet your friends outside and socialize.”

Really, why is my brother like this to me?

Even today, this little sister is worn out.

These are recommendation lists which contains I Will Return My New Brother. You should give them a visit if you're looking for similar novels to read. Alternatively, you can also create your own list.
More Lists >>>

This novel is really good. The chapters I read are based on the raw novel so it might be different from others who read through translation. As I write this review, chapter 23 translation is chapter 10 in the raw. My review might contain spoiler, so please read at your own risk. Light but not light. The author's way of telling the heavy story mixed with humor make this novel bearable to read. Everytime we entered the serious, core of this story, the author always slipped in some funny dialogues, actions... more>> or thought of the MC and the others. At the first 20 chapters, we're focusing in the opening of this story. How MC met her new brother, her friends, and some hint on the past. The next 30 chapters, a bit of secret began to unveil, and here we will see how the MC went through it with her friends. And the next, it was full of mystery. Who is who? What is what, what was what? Although this novel kinda have rofan genre, rather than focusing on the romance, this novel focused more on friendship, adventure, and family. My thought on the pace is this novel shouldn't be read when the chapters are still a few. As I read this novel, I didn't realize that I've spent hours and now stuck on chapter 91 but the curiosity on what'll happen next really killing me. I suggest for those who read this novel to read it when there are enough chapters to binge. Chapter by chapter might make you understand this novel wrong and you might miss the subtle hint given by the author. Anyway, what a good read. Healing? Yes, very.
Spoiler

People who only read at first thought that her mother is a bad mother who doesn't love her daughter, but that's very wrong. There's a reason for why she acts like that, and that's the core of this story. The biggest secret lied on her. I recalled she playfully asked Marianne if she should have raised Marianne like how Orion treats her, and Marianne answered, I would have ran away if you do that. She is weak to Marianne. In the past, even though she didn't want to save Zen because if she did she and Marianne will get in danger, she couldn't win against her daughter. She took Zen and said to a mysterious person, if you guys even killed him, then my daughters won't open her heart anymore. If you guys do it right from the start, then it wouldn't become like this. I don't want my daughter to become like your stone-like son.

Well, there's still a lot of mystery, but if you guys read about her without prejudice, then you guys will find the bit subtle love between her and Marianne.

plot: the story starts w our MC, marianne, getting ready for her mothers hundredth remarriage. We get told glimpses of how much the mother has neglected her for men but her mom really does a number this time around when she remarries with a duke. We then get introduced to her new step father and brother. Soon we learn the brother is a bit more than she expected. to start off, I really hope we get more backstory w the mom bc I literally can't stand her. I guess you could... more>> say she just falls in and out of love too easily but not once had that woman even glanced at her daughter. The neglect in this story is no joke. i really like how MC and presumable ML know each other way before the novel starts. They already have a really nice friendship. regarding her new step brother orion
Spoiler

he grew up lonely and pretty much isolated so when he learns that he's getting a new younger sister he gets really excited :' (. You can really see just how much he already adores marianne in the recent chs

[collapse]
we have great foundation for a sweet romance and doting brother! <<less
2 Likes · Like Permalink | Report

I only gave it 4 stars because there are only 15 chapters so far. But it’s interesting.... more>>
Spoiler

So far the MC’s mother likes extravagance and falling in love while the MC likes the basics of living and doesn’t like to draw attention, she a realist. But the stepbrother is looking more and more like a sis con which is funny because he’s a duke, meaning money, power, and a stubborn personality. Though I haven’t seen enough of the Duke to say anything but we did here a little bit more about the past for the step brother and father in chapter 15.

[collapse]
It’s more amusing than I thought it would be as a whole so far. Looking forward to more chapter translation releases. <<less
1 Likes · Like Permalink | Report
Advertisements
Leave a Review (Guidelines)
You must be logged in to rate and post a review. Register an account to get started.

Paths of the Chosen
Advertisements