Novel Updates
RegisterLogin
Theme
Search
Your changes has been saved.
Advertisements
I Was the Heroine, and in the Sequel, Even Though I’m a Mob, All of My Stats Are Maxed Out

Home >
Novel >
I Was the Heroine, and in the Sequel, Even Though I’m a Mob, All of My Stats Are Maxed Out 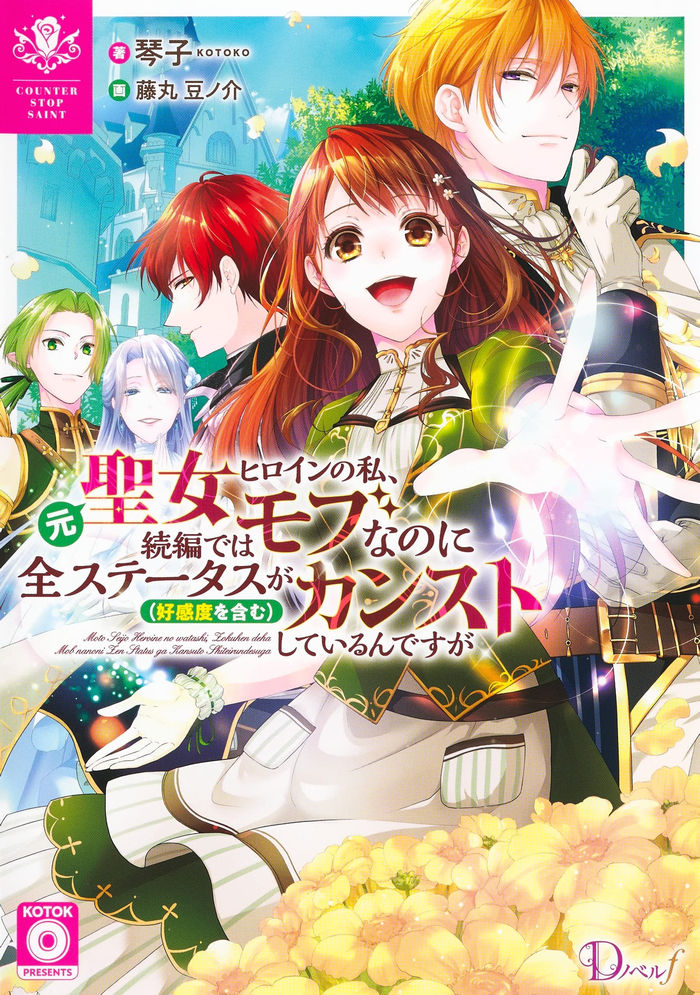 One entry per line
Kotoko
琴子

Status in Country of Origin. One entry per line
81 Chapters (Completed)

Summoned as a saintess heroine to the world of an Otome game, Nina saved the world with her capture targets and returned to her original world with a grand ending to her friendship.

“All the stats are at MAX? Eh, what is this color… How scary.”

This time, she was supposed to be a mob with no role, but somehow, she had inherited her previous saintess stats. The hearts, which represented the level of favorability, were all full, but for some reason, in the case of the prince, they were completely black.

At any rate, there seemed to be a different heroine this time around, and the script might go wrong if I were to be there.

With this in mind, Nina changed her appearance and decided to use her cheat-level magic to live a leisurely, slow life in the countryside.

However, the previous capture targets who inadvertently met again chased after Nina, ignoring the sequel heroine. Rather, even the heroine became attached to Nina.

Above all, Prince Alvin’s appearance was strange.

Far from a leisurely slow life, Nina found herself caught up in the game world and the bug that took her life last time.

These are recommendation lists which contains I Was the Heroine, and in the Sequel, Even Though I’m a Mob, All of My Stats Are Maxed Out. You should give them a visit if you're looking for similar novels to read. Alternatively, you can also create your own list.
More Lists >>>

It's too early to judge, but so far, it is good. Pacing of the story seems right (although novel itself is rather short), it will make you laugh here and there. Characters are mostly likable. At first, I was concerned after seeing Yandere tag, but it turned out well handled which is rare. Overall, recommended.
1 Likes · Like Permalink | Report

It was a fun story with some twists, also the Yandere elements were a bonus. The friends she met along the way, the clumsy actions and other funny moments happening, and the pacing not being too rushed. Sadly, though, the story was not that long and I still had many questions left unanswered. But well overall, it was a fun story.
1 Likes · Like Permalink | Report

Early review here! I really enjoy reading it, other than the Yandere element (which I love), so far, the pacing is just right and it's pretty fun. I'm really interested in how the OG heroine's relationships with others will play out (also with the sequel's heroine) and the inevitable moment when they realized it's her.
2 Likes · Like Permalink | Report
Advertisements
Leave a Review (Guidelines)
You must be logged in to rate and post a review. Register an account to get started.