Novel Updates
RegisterLogin
Theme
Search
Your changes has been saved.
I Trick Even the Lames to Stand Up for Me 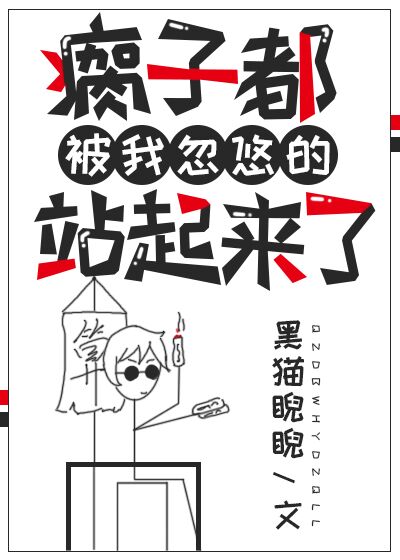 Status in Country of Origin. One entry per line
166 Chapters (Completed)

The third young master of the Gu household, Gu Ye, had a wooden personality, a stuttering speech, couldn’t remember an answer after being told ten times, didn’t dare to protest after being bullied, was considered the shame of high society. His father, in a fit of anger, sent him back to the old home in the country for the new year. But unexpectedly, he came back like a new person, in half a year testing into the top university of the capital with the highest score in the whole school.

After receiving his acceptance letter, the Gu family searched for Gu Ye for three days, and finally found him under an unassuming overpass. The Gu Ye who used to remain silent after being beaten had laid out a stall, stepping on a few hoodlums beneath his foot, and was selling drawings while he called out: “Exorcism Wards! Guanyin safety talismans! Wards against evil for the house! Anti-goblin and demon talismans! ……Supersale on wards and talismans! If you have the right karma, 88 per ward! Don’t pass this by!”

He looked down beneath his foot, saying with a grin: “I have special Give Up Wickedness Talismans, I think you each need three.”

One entry per line
瘸子都被我忽悠的站起来了

Part-Time Taoist Priest (2)
Ghosts Know What I Experienced (2)
To Raise a Soul (2)
Even Until Death, the Scum Gong Thought I Was a White Lotus (1)
Pulling Together a Villain Reformation Strategy (1)
RPG (1)

These are recommendation lists which contains I Trick Even the Lames to Stand Up for Me. You should give them a visit if you're looking for similar novels to read. Alternatively, you can also create your own list.
More Lists >>>

This story feels like it's an episodic-ish supernatural detective series... on crack. No, seriously, the humor is very well done and creates a bright counterpoint to some very serious social commentary and a dark horror setting. I loved the warm and fuzzy family interactions that surround the MC, which serve as a great counterpoint to the sheer inhumanity (and that's not just talking about the undead) he comes across in his adventures. This is also a story which flouts the cliche of the evil step-family. Here, the MC's step-mother is his... more>> co-conspirator whenever trying to cajole something out of his father, and his younger step-brother is his number one fan. There's also his "family" of adopted supernatural orphans, which all come with interesting backgrounds. By contrast, the BL romance feels much more understated. It's not that romance is totally absent from the story - sweet interactions with the ML do bubble to the foreground here and there - but it often isn't the story's focus. <<less
6 Likes · Like Permalink | Report

It's a bit soon to give five stars, but what can I say? It's just two chapters in and I already love the four characters who have been introduced, including the scheming-but-not-evilly pitiful stepmother and high-blood-pressure-induced violent father. The airheaded younger brother of our reborn protagonist is a breath of fresh air, too, and I think we all enjoy the shameless protagonist niche. What's not to love? I do tend to feel badly for the original owner of the body in stories like this, though. I've made a lot of mistakes... more>> in my life, and will undoubtedly make more. Imagining myself dying in an untimely way and being taken over by an unrelated force more capable than myself who will avoid those mistakes doesn't really make me happy in any way. I suppose if it helps my family, though, like it seems to be in this case, it's less pitiable. Anyway, it seems like it'll be a fun ride. <<less
6 Likes · Like Permalink | Report

The many plots in this story are a masterpiece of humor, horror, sadness, and the human psyche. Honestly, I'm only on chapter 117, and I'm speechless on how good the different plots are. In a way, this reminds me "Ghosts Know What I Experienced" mixed with Detective Conan. There's also SO many fun personalities that hang out with the MC. He has his own spirit & ghost children and ghost/crime hunting pals. My favorite character, of course, is the MC, who is utterly hilarious, smart, shameless, and has his own sense... more>> of justice. He's a bit like a Wei Wuxian, but funnier, surprisingly enough. Each of the MC's family members are priceless gems as well. He has a silly younger step-brother who adores him; his 2nd brother has a very dry sense of humor about being a middle child which is understated, his first brother is amusing as well. The MC who is a bit OP, but has enough struggles for the reader to realize he's not completely immortal. Also, surprisingly, almost tying with my favorite character is... the stepmother! 😮
Spoiler

This was a shocker to me, since stepmothers are usually depicted as plotting against the MC and favoring their own son. At first, the stepmother came off a bit like that in the beginning, but as the reader learns more of her character, she truly loves the MC in her own way, and pretends to be long-suffering and strict on the MC -- but is like a lioness towards anyone who wants to hurt any of her children -- stepchild or not. Essentially, she's a tsundere.

A perfect example of this was when MC's his past life's real mother slapped him for digging up his past life's grave and leaving a hand print on his face. MC's stepmother happened onto the scene, seeing the MC shed tears, and went batshit-crazy, you-do-not-touch-my-son on her, swinging her arm with force to leave an equally red imprint on the woman's face. (This horrible woman, who abandoned MC as a child during his past life at a mass grave to climb the social ladder, so in his past life, he never experienced the true affection of a mother.)

She has a hidden sense of humor as well, and was the one to slowly convince MC's father to accept MC's relationship with the ML, despite initially claiming ML was "too good" for MC, lol.

There's so many gems of interactions between the MC and the stepmother that build so much depth between their affection for each other, too many to spoil. I actually feel she shows more depth in her love to the MC than his own father does.

The other thing I like about the story is the MC fights using his own abilities, and the ML mostly stays out of his battles, except the final battle with a powerful zombie.

Another big spoiler is the MC's original father is Yama (sometimes known as the King of Hell, King Yan or Yanluo).

[collapse]
The romance between the MC and the ML is a slow-burn romance, but it's super cute. The MC loves to tease the ML *all-the-time*, and eventually the ML picks up on those traits. <<less
3 Likes · Like Permalink | Report

I love love this novel, haha. I originally like the supernatural genre and this novel is one. MC was rebirth to a person with the same name as him after his death when he sacrificed himself to stop a zombie apocalypse. No kidding. Afterwards, with the protection of 3 fathers he uphold justice for the dead and the wronged, lol. Though he's a powerful mystic master as well. What I like is MC friends and families are so cute. ML is also very cute. He's such an awkward pickled potato. Granted since... more>> it's a mystic story many human darkness was discussed as there were a lot of case but MC himself is such a bubbly person it neutralised a lot of the unpleasantness. He has a tragic past and his rebirth life is full of excitement I feel content by the end of the story. It's a very good read. I recommend this to Those who likes danmei, mystery, and horror, comedy, and sweet sweet romance.
Spoiler

there's this scene were they confronted an offender in the ghost market and one of MC fan just farted in the middle of such a tense confrontation. I almost died laughing.

This story focuses more on the MC's life hunting ghosts, resolving mysteries of paranormal nature and winning over his family's, the public's and other masters' affection than the romantic side, but it's still a very good story. The MC is very carefree, funny and very OP with a very big heart. He does whatever he thinks is right and doesn't care what other people think about him. He has a very sharp tongue and won't hold back his words regardless of who you are as long as he doesn't like you.... more>> The MC is suuuuuper likable. On the contrary, the ML is just meh. The typical cold, expressionless, overbearing and super capable CEO who is indifferent to everyone except for his family (only a tiny bit) and the MC (pampers him crazily). But what I do really appreciate about him is that even though he's supposed to be overbearing and his jealousy is quite irrational like a lot of ML's, he doesn't control the MC and supports the MC letting him do what he wants and gives him free range, silently watching over him and giving the MC emotional support and advice whenever the MC needs it. He also doesn't just spoils the MC rotten making him useless like other indulgent ML's I freaking love both their families and I really like how this story has a lot of funny and meaningful interactions between characters other than just the MC and ML. <<less
2 Likes · Like Permalink | Report

I love it! Love it! Love it! The story is enjoyable to read. MC is very funny and almost in every chapter you have something to laugh about. I'm a sucker for familial love and doting siblings and the novel didn't let me down. They are so cutteeee. Especially the silly fourth son. His monologue : "eldest brother bully second brother, second brother bully third brother, third brother bully fourth brother, fourth brother shuts up" Well before this I have read "psychic". They have some similarities in terms of genre and almost know-all-protagonist.... more>> Tbh I enjoyed this one more. <<less
2 Likes · Like Permalink | Report

I finished MTLing this one and all I can say is that it's really good. The story of the ghosts are also great and sad at the same time. The MC's family is really my favourite because its not the stereotypical Evil Step Mother and Brother. The ML is also really doting and supportive of MC. The side characters are also good.
1 Likes · Like Permalink | Report

so far, I like it. It's the right combination of brash, intelligent MC who wakes up in a new body, action, and creepy ghost stories. There's a lot of the spiritual stuff that doesn't always MTL very well so I stopped and will wait for the translations. Great pick, translator. Please keep up the good work!
1 Likes · Like Permalink | Report
Leave a Review (Guidelines)
You must be logged in to rate and post a review. Register an account to get started.

Chasing Autumn: A Mannequin Amidst the...