Novel Updates
RegisterLogin
Theme
Search
Your changes has been saved.
Advertisements
I Raised the Villains Preciously 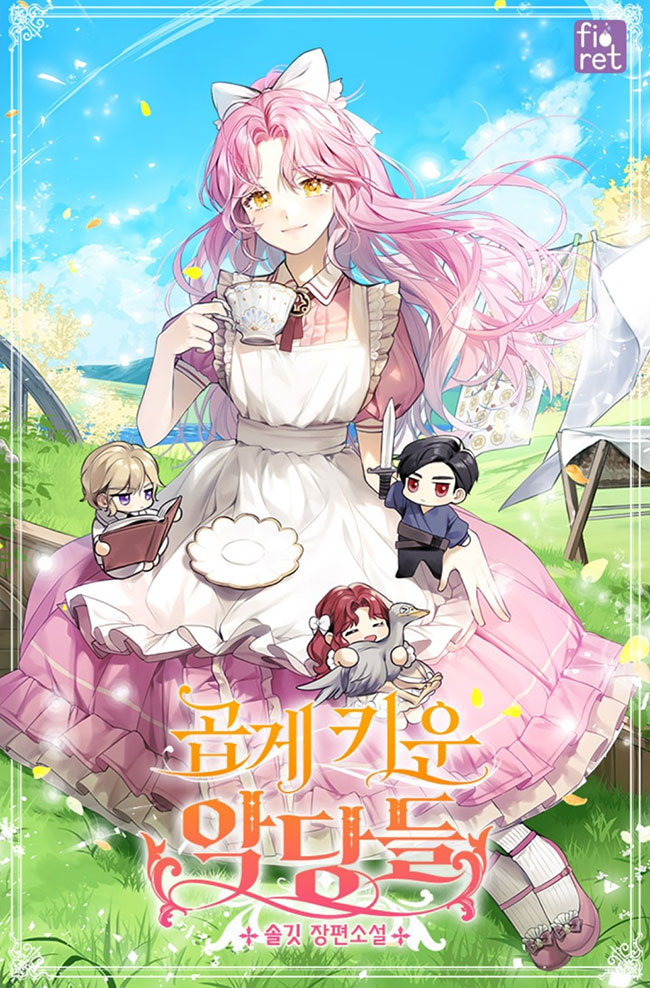 One entry per line
솔깃

Status in Country of Origin. One entry per line
146 Chapters (complete)

I will become a nursery teacher for the children who would become the future Black Sorcerer, the Heads of Dark Guild, and Psychopath Emperor. I didn’t want to get entangled up and sneak out of the nursery, but I decided to raise the poor little villains with full sincerity,

“Teacher, are you leaving us behind?”

“If you look at this handsome face a little more, you won’t be able to win.”

Masha, who had taken off his dress and wore a neat uniform, grew up as a narcissistic adult.

“Teacher, the more dangerous I am, the more likely you will not take your eyes off of me. I’m weak at the poor things.”

Although he is the Empire’s number one in rough and fierce ways, Jeremy, who is strangely soft for Hannah, but his way of affection was little off.

“I’m going to listen to whatever you want. Whatever it is, whatever it is for. Instead, the teacher should stay with me.”

Ian, who became emperor, and his actions, which are still unknown, is Ian really a pushover and foolish? If so, is he hiding something else?

I think I raised them properly, but I think there’s a bit of a problem?

“I have a lot of impure things I want to do with you.”

Hello, Pope, what’s wrong with you?

These are recommendation lists which contains I Raised the Villains Preciously. You should give them a visit if you're looking for similar novels to read. Alternatively, you can also create your own list.
More Lists >>>

This got me interested because of the cute cover and the fact that there are three villains in the novel world. The chapters are pretty short, but still, it's interesting so far. MC reincarnated/transmigated into a canon fodder who's about one of the first ones to die because of the villains. Finding out about this, she decided to escape/leave the nursery but the kids discover her trying to sneak out and she realizes they're just poor children who had miserable and traumatic childhood. Thus, she should take care of them... more>> and help them grow up properly. The children have such different personalities and Masha actually confused me since one time it'd be "he", then the next it'd be "she".. I thought it was a typo, and the summary also ain't helping. But it'd be resolved in another chapter. ^^ Waiting for the next updates. Thank you! ^^ <<less
24 Likes · Like Permalink | Report

tried reading it til the latest chapter before I give review but so far I'm not impressed. Kinda generic story if I may say and I understand some people like this "slice of life" kinda pace of story progress but unfortunately it's not my cup of tea (and I guess for majority of people who voted 1 star as well.) you know that feeling when you're reading something and you kinda feel like you're wasting time? This checks the box. :/
2 Likes · Like Permalink | Report

The Plot is Good and I love the fluffs and etc- Don't mind my rating I just have high standards... but what triggered me is because I came here because it has a romance and harem tag if it is a Harem or Romance please remove the tag because I just wasted my time-... more>> I came here to read some Harem and Romance to get inspiration- but I did get some ideas I guess thank you... but next time please fix the tag so people won't get misunderstood and waste their time reading something they did not come for... I'm in C24 now but I still can't find the Romance thingy or I'm just dumb there's a little romance but I will not count this is as romance I think its just some slice of life And the translation is okay but sometimes hard to read... please get an editor... Thank you... <<less
1 Likes · Like Permalink | Report

This was a very fun read, good pacing and at least the MC is not hung-up on the plot like usual novels. The translation work is also great.
1 Likes · Like Permalink | Report

The TL is a bit confusing at times, but the novel itself seems interesting so far.
0 Likes · Like Permalink | Report
Advertisements
Leave a Review (Guidelines)
You must be logged in to rate and post a review. Register an account to get started.