Novel Updates
RegisterLogin
Theme
Search
Your changes has been saved.
Advertisements
I Quit Being The Devoted Supporting Male Character

Home >
Novel >
I Quit Being The Devoted Supporting Male Character 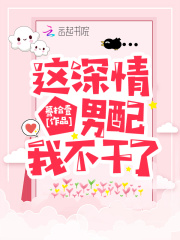 One entry per line
蓦拾壹

Status in Country of Origin. One entry per line
322 chapters (ongoing)

It was well known that in every novel, there would always be a supporting male character like this:

They were either crazy about the female lead or willing to work.

Even if they gave themselves a green hat, they were ready to.

The female lead was misunderstood by the male lead, so he came to explain.

The female lead had career problems, so he came to help.

In the end, he only got a sentence from the female lead: “I just think of you as a brother.”

He could be used against the male lead. In the end, the male and female leads ruined him as the strong prevailed over the weak.

The heroine of the domineering novel said: “I just think of you as a brother.”

Gu Jingyu: “Thank you. My mom only gave birth to me.”

The heroine from the modern-day time-travel novel: “This is a vegetarian snack that I have carefully developed for you. I think you’ll like it.”

Looking at the spicy veggie meat stick in the heroine’s hand, Gu Jingyu fell into silence. Did he look like a fool?

The useless protagonist in the immortal cultivation novel said: “For thirty years, people east of the river prosper, then for another thirty years those on the west prosper: life is full of ups and downs. Don’t bully the poor youth! You wait, I will definitely come back to take revenge.”

Gu Jingyu directly imprisoned the protagonist until he ascended.

One entry per line
这深情男配我不干了

These are recommendation lists which contains I Quit Being The Devoted Supporting Male Character. You should give them a visit if you're looking for similar novels to read. Alternatively, you can also create your own list.
More Lists >>>

Honestly speaking this started out fine and ended up tr*sh. The first few arcs at least try to stick to the 2nd ML setting. But after that it's a free for all and anything apparently goes. Established settings are chucked out of the window. It feels like the author just writes whatever they want without any regard to continuity. For example in at least 2 arcs in the beginning the MC is OP in the business world and good at predicting what the villains will do but now suddenly he's like... more>> a new born calf who can't see a revenge plan coming that is EXTREMELY obvious to the reader. The MC has the same amount of info that we as a reader do and yet sits around twiddling his thumbs while all hell is set loose. There's an author's note that says the author wanted the MC to experience being protected for once and the MC is not OP. This is ridiculous. MC HAS BEEN NOTHING BUT OP TILL NOW. It literally feels the author woke up one day and decided oooooo I want to give MC a tough time, too much smooth sailing is bad for character development. That's perfectly fine. But at least make the challenge believable. Let the situation be difficult enough that we as a reader would believe the MC can't handle it. Don't presume your readers are idiots. MC's individuality gets lost in the QT setting. It feels like I am reading about different people in different arcs. <<less
0 Likes · Like Permalink | Report

The MC has a type of emotional disassociate mental illness that potray him as stereotype ice berg. But he's actively getting psychological help and counselling to become normal. The story arcs r typical but the MC has good character development and from strong n alone to start getting help from family. Since MC transmigrated from world to world due to the original body grieves he try to fulfil those wish but also respect the parents and family of the original body. Honestly very sweet cause he don't know how to act around... more>> those family n he try to take care of them cause he feel that he took over the body Also since MC would die as when the original body supposed to die, thus making effort to not make the parents n family to feel guilty. Slowly we get to see that MC is not stoic or the icy beauty that only good at business, he's so bad at poetry and video games, eg. stuck on lvl3 of tetris. He starts to feel frustration and expectation after many world of therapy Btw the MTL is very well translated My only dissatisfaction is that I don't get to see how surrounding people react when MC had to leave, the sadistic part of my heart feels so stifled so reduce 1 star
Spoiler

favorite arc is where MC transmigrated into Xianxia world where he was abondoned as a baby n got pick up by a beggar. He got adopted into Sword sec and his teacher is so unreasonable and protective of MC. Makes my inside warm to see MC got pampered so much.....

MC was also apparently from a post apocalyptic world where they gotta fight for everything and cannibalism is the norm, thus explaining why MC is so cold n disassociate with emotions

I don't know how to actually evaluate this so I'll just say from my current personal opinion. Personally a 4 stars but I don't want to lower the rating too much at this point. People should read first. It's a good and refreshing read. Tldr at the bottom.
---
There's a big change going on with MC and the whole background of this quick transmigration story. Everything is kinda anticlimactic I would say but I like how it's different. The stories just go according to the mood of the author, anyways, he's the... more>> boss. About the MC;
Spoiler

the MC is cold in the beginning as he has some sort of emotional disorder or something I forgot the name but he was not able to feel emotions. BUT he is constantly trying to fix his psychological problem in most of the worlds he went to in the first few arcs until he eventually change.

[collapse]
The MC was someone who's unfeeling and indifferent at first but always want to be the same as normal people. At the end, I reckon you'll think the MC will really end up mediocre as compared to other Gary Stu QT novels.
Spoiler

Cuz he fixed his problem. He's now (at that point I read) the same as everyone else and can feel emotion.

[collapse]
But the author mentioned already he is not a Gary Stu. He wants to make the MC someone who can accept protection.
Spoiler

He learned how to protect in his first world, and finally able to accept protection in one of the latter world, where he was at the lowest point in all his lives, where he got drugged and experienced hell but got protected by his (current) family. I was especially touched at this point that I legit cried especially when he finally realized he actually had once felt 'romantic love' toward someone in his earlier world (at that time he still didn't know it, I WANT TO SPOIL BUT I'LL STOP, don't wanna elaborate much, go read)

. He remembers her until even the latest arc. I WAS TOUCHED.

[collapse]
So I like how I don't have to think too much and read with light heart. There are some xenophobic signs everywhere but sorry I don't really want to care so much about that in novels where everything was suppose to be fiction. Take it with a pinch of salt. --- Tldr; this story has a growing MC who changes drastically, he did not go OOC, he cured his illness. Has drastic change in world background. Has 2d villains, written with primary school kids mentality, and have anticlimactic stories. Don't leave bad reviews if you don't like it. The author said either you give constructive criticism or just go away quietly. <<less

Novel absolutely not recommended to read. The whole story is ridiculous and utter nonsense. An extremely empty QT that’s mainly just MC going “wow, the hero and heroine are s*upid” and “haha I would never be as dumb as OG Mc!” At the same time MC is somehow Godlike unbeatable and even better than the supposed “male protagonist.” There’s never a shred of doubt MC can’t curbstomp and absolutely no challenge. In fact, if MC really wanted to avoid the plot he could’ve easily moved or not gotten involved but always has to... more>> whine about it while sticking around. The online Chinese chat window into his world also has absolutely no value during the streams. Honestly, an inferior QT story that is all about pointless fodder bashing by a boring protagonist that begins to seem mean-spirited by the third arc. Tr*sh through and through. -900Quintillion. <<less
2 Likes · Like Permalink | Report

I have only reached the third arc so I can't say for sure if what I say applies to the entire book, but so far the main character is one of the types I can't really care that much about, that is the always uncaring unemotional boring business genius that can't do anything but business so throws aside everything the original owner of the body has to go and do his business, most of the plot is just watching what happens if this character were completely absent from the original... more>> plot. On top of that the only time he has actually been the 'devoted supporting male character' is the first arc. The second arc he was a cannon fodder and the third the heroines white moonlight. <<less
0 Likes · Like Permalink | Report
Advertisements
Leave a Review (Guidelines)
You must be logged in to rate and post a review. Register an account to get started.