Novel Updates
RegisterLogin
Theme
Search
Your changes has been saved.
I Managed to Ditch My Single Status in a Survival Game 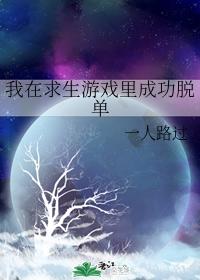 One entry per line
一人路过

Status in Country of Origin. One entry per line
125 chapters + 1 extra (completed)

Du Yixin, on the shelf since birth, twenty years now and counting, dreams of one day finding a cute girlfriend. Unfortunately for him, before he finds one, he is transported into an unfamiliar, abandoned high school.

It’s late; dark. There doesn’t seem to be anybody around, but an announcement comes——
[School is now over. Students, please do not loiter and immediately leave. The teacher on duty, begin your rounds immediately]

What he did not expect, however, was that the scariest thing was not the game’s boss, but the man who chopped the boss up and then turned against the players.

Du Yixin “And yet, he still submitted to my amazing character, and decided to become my lackey.”

These are recommendation lists which contains I Managed to Ditch My Single Status in a Survival Game. You should give them a visit if you're looking for similar novels to read. Alternatively, you can also create your own list.
More Lists >>>

I just finished reading this novel in chinese, and no offense but the only character who grow up and change is Ying Sheng (ML, shou) only. As for the MC, Di Yixin? Bro, nah. He only change when ... more>>
Spoiler

[collapse]
andddd that’s happen in 110+ chapters, lol. Basically the whole 1 - 100 MC character do not change much, especially in the mentality and perspective. Okay, he DID change physically tho. The romance is pitiful honestly, but it’s not bad because this novel focused on the action and dungeon, rather than to the slice of life problems like love. I don’t really mind if this gonna be bromance only AHAHA since the romance do not matter that much. I am saying this because this MC, Du Yixing is really confusing. The way author describing his non verbal communication when he interact with ML is reallyyy weird. Mostly, it doesn’t congruent with his verbatim. For example, the MC said something like concern, and voluntarily use his ability to turn back in time to rescue ML all over again. He also verbally expressing that he is worried and even beg ML to stop dying. But, his gesture and movement convey that he do not care at all. Just A LITTLE worried. Or maybe it’s just my illusion? I do not know. Gonna rant about something here:
Spoiler

You see, I think it’s better that the one who gives the key to MC, Du Yixing is ML, Ying Sheng, rather than MC’s big bro, Du Heng.

I really want to see MC being sad of ML REAL DEATH.

[collapse]
Okay, that’s all. I think if you want to read this but a bit reluctant. Just have a go and try it! To be honest, at first I thought “125 chapters” is freaking long. Buttt I finished it in one day🤡 Sorry can’t give you an explanation about this novel. But you can just read my reaction AHAHAHA Absolutely Recommended, 10/10 (pretty good) <<less
1 Likes · Like Permalink | Report

I started reading this and couldn't wait for the translations so I finished it in MTL. The entire pacing of the story is great and the characterization of the MC and ML's relationship is done really well. It balances perfectly between sweet, but also realistic (as in the two of them don't just inexplicably fall in love with each other from the get go and everything is fine and dandy.) Contradictions between the two do come up because of their different experiences and mindsets. The MC and ML also aren't your... more>> typical tropey shou/gong, which was a nice surprise, and their character development arcs were really interesting to read. I don't think the novel is totally focused on romance though, it just supports the plot and adds a lot more to the interactions and situations. I think the premise of the story is interesting and the ending explanation is decent.
Spoiler

Although gosh darn it author given the ending and atmosphere of the novel, I get why you killed off Du Heng but SERIOUSLY YOU"RE MAKING ME CRY I REALLY LIKED HIM??? ALSO THE WAY YOU KILLED HIM OFF LIKE GEE JUST BREAK MY AND DU YIXIN's HEART WHY DON"T YOU.

[collapse]
The author focuses on a few main characters, and all the other characters kind of just, show up, disappear, or die in one arc, which, given the length of the novel I'm totally fine with.
Spoiler

Though I was kind of disappointed that Lou Jing was an unfired Chekhov's Gun. There wasn't ever any consequences for Du Heng or Du Yixin after Du Heng took his key and kicked him out of the organization, even though the author made it sound ominous and foreshadowy that Lou Jing now hates Du Yixin even more because of this. He just vanishes after he gets kicked out.

[collapse]
If you're someone who likes the horror/escape room/instance type novel, you should definitely give this a try! I think the main couple is pretty unique and it's rare to find a Top MC. The ending is HE but it's definitely bitterswet. <<less
1 Likes · Like Permalink | Report

Hey, it's the translator here. This is a rare horror-themed story with a Top as the protagonist. The characterisation is really good and deep here; we get to see clear character growth and interactions from meaningful, or even impactful plot development. Do be warned, that while this isn't a scary novel, per se, it is definitely one to make you depressed near its latter half. If you've read I Ran Away After I Was Forced into a Love Polygon, the feeling may not be too unfamiliar, given that they're by... more>> the same author, no less. Don't let that misguide you into thinking it's a BE, though, as the story is definitely an HE, or at least, it's a neutral, pyrrhic victory kind of HE. As for other aspects, side characters in this novel are also fleshed out to a certain degree, especially one certain male character related to Du Yixin. The worldbuilding is interesting, and not all of the settings offered are clichés. The worldbuilding is competent enough and there are not too many or immersion-breaking plot holes, I think. I was thrilled when I read this through for the first time, and even while rereading it, so I hope you'll enjoy it too! Edit: If you're worried about the seme tag, don't be. Neither leads are exactly the definition of manly, and personally, I think it is all interchangeable if you ignore the extra chapter. <<less
20 Likes · Like Permalink | Report

oh oh oh, i've been wanting to read novel with this kind of setting this fast few days but the horror novels out there if not for the slow update (not blaming them) or i've already finished reading it╥﹏╥. And I don't really like seme protag but I like this kind of story so I'll just stick with it and maybe the protag will not be too manly and the ML will not be coquettish tehee (sorryyy) . Btw, good luck in translating this translator-san have a good health and thank you. Ps. ლ (́◉◞౪◟◉‵ლ)
5 Likes · Like Permalink | Report

This is one of my most favorite seme POV. Actually, my favorite ML is wolf-baddass-tsundere guy.. So it's one of my cup of tea. But honestly, compared to other MC seme, this MC is quite hopeless (i am even quite disapppointed of his characters). I think the highlight of this novel is the ML, the ML's outstanding character himself that makes this novel run interesting.. ALL HAIL TO OUR WOLF BADDASS ML. (￣3￣) P. S: Actually, it's really hard to find that kind of ML tho (most of them... more>> either shy, cutey, fragile guy or dominan, president, cold, quite, tsundere <<less
4 Likes · Like Permalink | Report
Leave a Review (Guidelines)
You must be logged in to rate and post a review. Register an account to get started.