Novel Updates
RegisterLogin
Theme
Search
Your changes has been saved.
I Heard You Are an Alien

Home >
Novel >
I Heard You Are an Alien 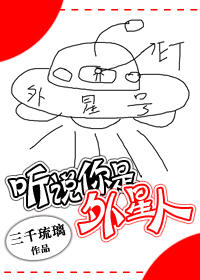 One entry per line
細雨中

Status in Country of Origin. One entry per line
180 Chapters (Completed)

One entry per line
Ever Glory Publishing
jjwxc

Yi Ti resented her name. From an early age, she couldn’t get away from the nicknames “ET” and “alien”.

But no one thought that one day, she would actually meet an alien.

Scared by the other, it seemed like she screamed……

She fainted, then fell face down or something like that……

She doesn’t remember any of this!!!

The only thing she cares about is that after she fainted, the alien actually dragged her, chest down, back home – does the alien not feel ashamed?!

One entry per line
聽說你是外星人／看來你是外星人

These are recommendation lists which contains I Heard You Are an Alien. You should give them a visit if you're looking for similar novels to read. Alternatively, you can also create your own list.
More Lists >>>

My little alien cannot be this cute! Girl finds an alien and takes it in as a pet. She also inherits a flower shop along with some kind of plant/herb/medicine legacy? I havent really reached the "deeper" plot yet, but the heroine's interaction with the alien is really cute!
11 Likes · Like Permalink | Report

It's full-of-fluff story. Nice ML, a fresh start from modern josei novels where's it all just plenty of overbearing mr. Perfects, but the ML here is just the cutest thing ever. So unique where they mix up all this totally different concepts and tropes together:... more>>
Spoiler

Spiritual cultivators, supernatural creatures like werewolves and a talking cat, and even a futuristic universe with aliens and inter-dimensional online shopping and s**t. It's like my dad is the galaxy's prince charming all over again.

[collapse]
Wish the author could work more on the world-building though but hopefully they will in the later chapters where the real action starts. <<less
3 Likes · Like Permalink | Report

It's a little all over the place and I feel like 180 chapters isn't enough for all the stuff that's going on. ... more>>
Spoiler

MC is a spiritual herbalist with a hidden dimensional space where she can plant herbs quickly.

She picks up the alien who gives her this trading machine she uses to do galactic trades. The alien, Cecil in MTL, tells her to buy seeds and use her dimension space to make space elixirs with 100% purity. She causes an uproar in the galaxy with the galactic pharmacists. It sort of ends there and it moves onto other plots.

She makes friends with a werewolf, and a vampire (recurring characters) ; saves a dog demon kid, saves a "ghost" (girl in a coma) ; buys fancy tech from the galaxy marketplace to become a comic artist and animator (Cecil recommended) ; has a run in with an old classmate who is now an unlucky Taoist priest; has a brother with sister complex who is somehow stronger than a vampire; is taking alien body enhancement pills (Cecil's idea) so she is now super strong and can crush bricks with her hands and carry 2 grown men

As of ch60 she's entering the world of the Taoist/spiritual ppl via an online forum and the forum VIPs are going apesh*t because her master was one of the 7 VIPs...

[collapse]
I dunno where this story is going; it's all over the place. There's so much going on and it can go in any direction. Is she gonna start ghost busting? Monster hunting? Space travel? What's with the ambiguous relationship with Cecil? As for the romance... I can't tell if she's supposed to have something going on with the alien. He behaves like a cute child, plus his true form is a blue blob.
Spoiler

He has the ability to mimic, so he takes on the form of a handsome man but he has the same cutesy behaviour as before and no idea how earth customs work.

Definitely comedic when he gets info from the internet and misunderstands things.

She does hook up with the alien. Turns out his true form is like Ursula from the little mermaid: human in top and octopus tentacles on the bottom 😉. Unfortunately that isn't explored if u want that kind of smut.

[collapse]
There's a bunch of extra chapters which include meeting his fam, having their kid, and...
Spoiler

an alternate universe where her and the brother are not related and fall in love. He has a wet dream about her when she's 12 and he's 16 and eventually decides to do his best to tempt and seduce her when she's 16ish through to 18 when he succeeds. I did not like this extra at all. It read like a cheap attempt to excuse incest and it ruined the cute sister complex the brother had that was comedic and harmless.

[collapse]
Overall it had great comedy and was cute. But I definitely didn't feel satisfied with any part of the story. Everything was a one off. All the world building went nowhere. All the characters introduced went nowhere. 3/5 since it was an enjoyable and casual read, but I don't feel like I'd desire to read it again. <<less
3 Likes · Like Permalink | Report

First time rating something so forgive meh if I sound weird. This novel is so cute that I feel like candy it's exaggerating but it's really cute and [Don't know if it is considered as spoilers but it's pretty much modern cultivator meets other fantasy beasts sorry it sounds weird with the way I said it but oh well] And I wrote this because I want it to continue and Nevermind I just really like it and I even Wrote a review (and I suck at it) I just wish I can... more>> translate it but I can't cause IDK Chinese *sigh* oh well I'LL just move on <<less
0 Likes · Like Permalink | Report
Leave a Review (Guidelines)
You must be logged in to rate and post a review. Register an account to get started.