Novel Updates
RegisterLogin
Theme
Search
Your changes has been saved.
I Have a “System” Halo 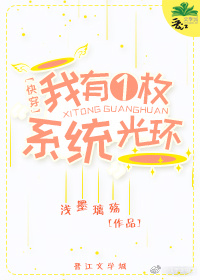 One entry per line
浅墨璃殇

Status in Country of Origin. One entry per line
Completed (293 chapters + 14 extra)

The system: We must take the plot seriously!

The system: We cannot be OOC!

The system: We have to be cold. We must be ruthless. We cannot lose ourselves in this imaginary world.

Mo Fan: System, can we talk? Hold my gong and take him away.

One entry per line
我有一枚“系统”光环[快穿]

These are recommendation lists which contains I Have a “System” Halo. You should give them a visit if you're looking for similar novels to read. Alternatively, you can also create your own list.
More Lists >>>

so far it's fairly good though the ending to the first arc was a bit abrupt and a little confusing and sudden.
Spoiler

i was pretty sure he was going to die anyways since that happens a lot in quick wear once they finish the scenario but there was no build up to the end. One moment he's talking to the system and next thing we know bam, he suddenly pushes the ML out of the way of a vehicle and dies. No idea where they were at the time or what they were doing or even if they were walking down the street. It did have the unintentional effect of making me laugh at what should have been an emotionally moving scene in the story

[collapse]
this is a fairly long novel for BL, (including the extras it's 307 chapters according to jjwxc), so hopefully the author gets better at the endings for each world; even some of the mediocre ones don't jerk you sideways out of nowhere like this did in the first world. I guess we will see. It's interesting enough that i'll keep reading at any rate.
5 Likes · Like Permalink | Report

Great QT novel, I like how balanced author writing style is, the balance between plot and romance between ML and MC, unlike some other novels that as soon as ML and MC get together the arc will end with a hurried ending. No immediately falling in love either. MC is the indifferent and calculating type and at first 4 worlds he may look heartless and cold: ... more>>
Spoiler

[collapse]
And ML, He is the possessive type but not too extreme and yandere like. More like big dog type lol.
Spoiler

I like how he has different personalities in every world, like the shameless cheerful personality in the summoner arc or the fool and simple personality. He isn't always the cold CEO kind of personality in every arc and that is refreshing

[collapse]
This novel is really well written. Fortunately MC didn't turn into a dumb, obedient 0 IQ when ML appears or just sit and watch as ML do his mission for him, although he gets some help from ML on the side he mainly completes his missions himself. System role in this novel is not too apparent, It doesn't have a store or points or anything else and MC completes his missions with his own strength and cleverness, in other words even independent from his system. And be assured, no other arc in this book ends so sudden like the first arc, I think the arc suddenly ended because:
Spoiler

MC was done with the mission, he didn't want to waste his time in the world anymore and when he asked his system about what happens to the original body after leaving, he was more assured to leave, and it was mentioned that in the original plot the protagonist aka the big brother had a car accident after saving the original body, and the world revised I think. So I think MC didn't Notice the timeline and When the car accident happened in order to leave the world and not let protagonist die/world don't collapse MC died instead of him

World hopping story where MC should not act OC. Not much info yet will add review when Im done midway Dunno why the author made the Arc 1 the shortest arc. Usually, it should be the best arc. Hopefully the succeeding arcs are good. And some may find the arc1 ending disappointing and I'm one of them
Spoiler

The system and MC knew when the MC will die so yea.. It quickly ended. Kinda anticlimatic

[collapse]
Will rerate after I finish
1 Likes · Like Permalink | Report

I'm rlly confused when the scene of MC pushing the ML appeared, coz u know like just 5 secs ago he's talking to the system and the next sec, he suddenly pushed the ML and them baam he died

[collapse]
well I'm looking forward to the next arc
1 Likes · Like Permalink | Report
Leave a Review (Guidelines)
You must be logged in to rate and post a review. Register an account to get started.