Novel Updates
RegisterLogin
Theme
Search
Your changes has been saved.
I Grabbed The Leash Of The Blind Beast

Home >
Novel >
I Grabbed The Leash Of The Blind Beast 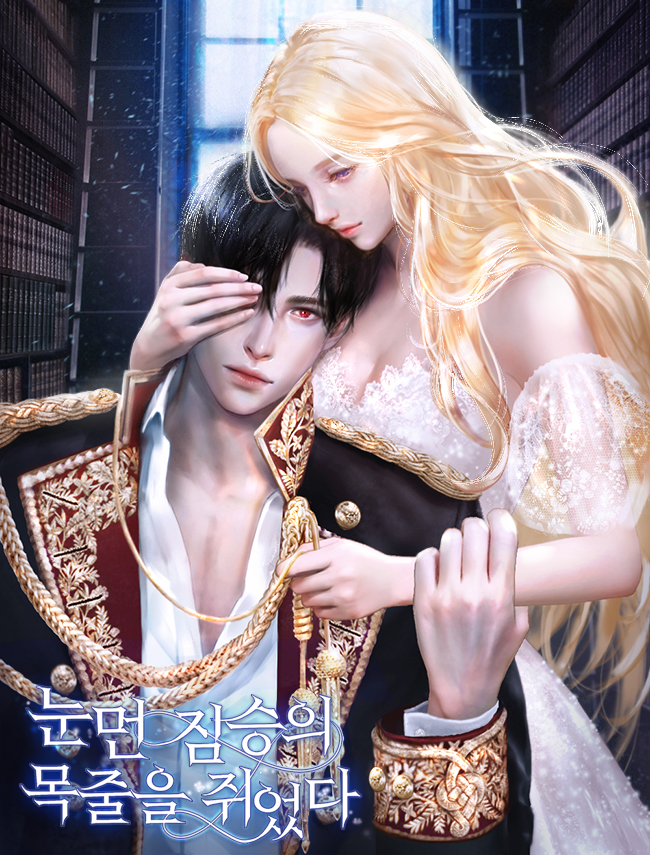 One entry per line
Kaye
카예

Status in Country of Origin. One entry per line
105 chapters (ongoing)

Unexpectedly, I grabbed the collar of the blind beast.

Grand Duke Eléon Clevent fell into the abyss from the Empire’s Greatest Knight. Rona succeeded in making Eléon, who is obsessed with anger and frustration, into a human being again.

Soon after, Rona found her family and left his side.… When the Grand Duke’s eyes were healed, he was desperately searching for her through the entire empire.

“Young Lady, have we met somewhere?”

“It’s my first time meeting you, Your Highness.”

These are recommendation lists which contains I Grabbed The Leash Of The Blind Beast. You should give them a visit if you're looking for similar novels to read. Alternatively, you can also create your own list.
More Lists >>>

The MC was fine in the first few chapters but I don't like her anymore after she left. She started to be an annoying person. Her emotional ups and downs plus indecisiveness that results to actions of hypocrisy did not match her initial smart, good attitude before. Her being wishy washy towards ML is tiresome. Also, her fixation to not making mistakes with etiquette and rules is irritating. Is this the only lines she could utter to her parents everytime she talked to them. Lol I'm so done with her... more>> rn that I don't care about the her story anymore. <<less
1 Likes · Like Permalink | Report

So um... Just finished reading and well to be particularly honest with you it essentially feels like a high school girl wrote this in her attempt at creation of her "masterpiece" essentially there isn't a feel good ending and it's going to leave you confused and annoyed but only at first until you realize that they tried really hard but didn't get very far as their over all goal in writing was far too simplistic. It's an ok read and you aren't exactly going to be pulling your hair out by... more>> the unique and breathtaking ideals. No forced agenda that will cause you annoyance or one overtly complicated solution to an ever increasing intensity. The main character is pretty bland but she's normalized bland. If I had to describe her she is entirely goal focused as in one plot point to another. Which doesn't help when there are only like 10 named characters and no insinuation of outside opinion especially when some of these characters are pretty lowkey scummy. She has no hobbies neither does anyone else.
Spoiler

At most they have a picnic that helps but it was pretty early on and in any other story would have quickly been forgotten.

[collapse]
As for if I find the story likeable there isn't really any world building besides the ML. No description of his time on the battlefield besides one incident. Neither is there any description of the FL's time in her original world. Nothing she misses or wants to recreate. Nothing she finds lacking.
Spoiler

Hell she wears the same set of clothes for months yet somehow smells like flowers one might think she likes rolling around in flower bed in order to smell nicer.

[collapse]
As for if this is going to be a "fun" read the short awnser is... no... It won't. Not alot of dramatics and the stuff that is there is more annoying due to miscommunication but I feel like if this story gets more reviews then the 4 it has now that will be brought up alot I need not really mention it. Essentially the characters aren't really ever happy and well neither are you. V (-_-) V this was mainly just writing advice for the author. I suggest you try to write a bit of a cute slice of life comedy before something like this. I specify "cute" because if it's an actual slice of life you won't learn much. I guess I'm saying write something that a Highschooler would write. You suffer not from doing things correctly or wrong you suffer from being way too by the book and I would imagine you ran into writers block which is why it's so short. [Edit] watch Ratatouille then try writing you will instantly see a difference. <<less
2 Likes · Like Permalink | Report

The story got me hooked due to cover the cover is so beautiful 😍. The MC is not like other other FL’s where they try to get away from og novel characters even after seeing their sufferings. She helps the ML after seeing his sufferings to adapt without his sight. The og FL tho seems to trigger my tr*shta senses. In chap 17, especially she says she wants to eat expensive food and wear expensive clothes, there is nothing wrong with that but do you only see that tr*sh of a... more>> human being sabiel to fulfill your wish. The ML is cute when I mean cute he is so cute that he follows MC everywhere she goes like a little duckling following its mother 🤣🤣 As the reviewer before Said give this novel some time before you judge it, Sadly it happens not only to this novel but to other novels too. <<less
11 Likes · Like Permalink | Report

No this is not a review, rather this is a rant on how people can judge a book by a mere 2 chapters. Even if they read the raws, it's only 43 chapters. There are still many rooms for development and changes, so why you guys voted it one star only. At least give it a chance until 50 chapters or more and you can know where the story will go. I will edit this rant after I finish read this book.
11 Likes · Like Permalink | Report

I will talk about two things, the plot and the characters. Plot: I really love how the story is interpreted. I was quite hesitant when I saw this story for the first time but decided to give it a try, and now it's one of my favorite reads. I appreciate how it shows different point of views from the characters, which makes the story more understandable. But the romance is fast pace, I think it would be more interesting if the story had shown the first impression of the characters, and... more>> how their relationship develops, nevertheless it's still balanced. Also thank you the translators for translating this amazing story, I admire your hard work. Characters: The MC Rona is really smart, as said to the previous review she isn't a pushover and actually cares for the ML (Eleon) since the beginning. She has all the traits I could ever ask for a FL. Eleon as you know is blind, he's really attached to Rona in other words he's obsessed with her, but he knows his distance and limits, even though it's still a one-sided love, that's what I like about him. So I'm now talking about the side characters because it's often mentioned in the story, OG FL (Karina) is kind of naive and annoying, even though she lived in the countryside before she was adopted by her distant relatives, she's like a brat that cries if she doesn't get what she wants. And the Villain (Sabiel) originally he was the second male lead in the story that had a one-sided love for the OG FL, but now he's an a**hole, tr*sh, and egoistic thing, I'd rather not call him a human. He's a playboy and a womanizer too, he doesn't deserve his handsome looks. You know maybe I got too far in describing the characters, I hope my review does not make you doubt the whole story lol. <<less
5 Likes · Like Permalink | Report

I absolutely loved the first part of this novel, but lately every chapter is leaving me annoyed. All they have to do is talk properly but instead the ML is only giving vague answers and the FL understands everything the worst way. She's even jealous of herself! And the problem with the duchess is a nonsense. ... more>>
Spoiler

She doesn't want Elysia to be with Eleon cause he's a Male Lead? It's already confirmed that he's not interested in the original FL so letting Elysia marry him to avoid the crown prince is actually the easiest way to change her 'destiny'. Mariella's resistance was just s*upid and now that Elysia told her the truth, it's obvious that she's gonna push for the original ending to send the protagonist back to her world and 'get the real Elysia back'. I understand this development but it's really annoying, I miss the time when Rona was just a maid next to the blind Eleon.

Tricked Into A NewLife, God Must...