Novel Updates
RegisterLogin
Theme
Search
Your changes has been saved.
I Got Marked By My Shadow Guard After Pretending To Be An Alpha 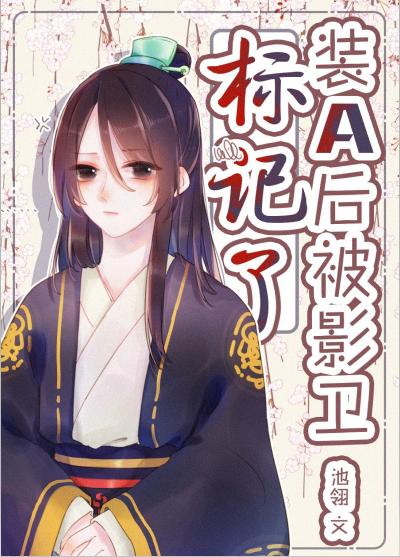 Status in Country of Origin. One entry per line
24 chapters + 1 extra (Complete)

The second prince from the Yan State, Yu Yan, has pretended to be an alpha for many years, but after having an unexpected heat, he slept with his personal shadow guard.

And what is more unfortunate is, due to Yu Yan using suppressant medicines long-term, damaging his constitution, his heat is no longer controllable.

He can only ask his shadow guard to assist him regularly to deal with his heats, but good thing is that his shadow guard is very obedient and loyal, willing to do whatever he says, and doesn’t mind helping him.

But the situation slowly becomes strange –

Yu Yan, with a hoarse voice, cursing: Get out!

The shadow guard restrains him in his embrace, with an innocent look in his eyes: Where does master want me to pull out from?

And even later, the new Yan State emperor ascends the throne, the young monarch sits upright on his dragon throne, under the gaze of of many: vomits –

The state officials suddenly realized that their emperor was pregnant.

One entry per line
装A后被影卫标记了

Marked by a Tyrant After Transmigrating (Main Story)

These are recommendation lists which contains I Got Marked By My Shadow Guard After Pretending To Be An Alpha. You should give them a visit if you're looking for similar novels to read. Alternatively, you can also create your own list.
More Lists >>>

I like the story!! I just hope that the author develops the plot because it is too short, 25chapters. I find it really cute, the love story between the MC and his shadow guard. Because I'm bored with the usual alpha emperor 😅 or dominant alpha.
6 Likes · Like Permalink | Report

It's an okay short featuring ancient ABO. The story itself was pretty bland and the characters were not that interesting. Like the summary states, MC goes into heat and is marked by his shadow guard ML. There's some weird pseudo-incest in the middle. Then MC becomes the emperor and has kids with ML. The end.
4 Likes · Like Permalink | Report

Translator here. I really really like this prince x shadow guard pairing. One silently loving (but also being a blockhead), the other being a tsundere. Simply too fluffy and with the novel being only 25 chapters, it's a very easy read! You don't need to read the other novel to start on this. One of my top favs for ABO world
3 Likes · Like Permalink | Report

All in all, not bad. I found it cute, wholesome, and it was good for its intended purpose - a short fluffy ABO novel. I thought that the MC and ML were good characters (not annoying, not s*upid, etc) and their relationship was pretty adorable. It was respectful and although there were a few dub-con moments where the MC was under the influence of pheromones, he was still coherent enough to give his consent (which is great, seeing that most ABO novels gloss over this entirely). The story was a bit rushed,... more>> but I went into this knowing this would happen - there's not a whole lot you can do with 25 chapters. However, I wasn't really reading for the plot anyway, more for the romance, so I was satisfied with how the story went. A solid 4.0/5.0 stars from me. (Also, the translation for this is very good! A big kudos to the translator for their hard work <3) <<less
2 Likes · Like Permalink | Report

A fast read with a nice male lead and a decent enough plot for a short story. It's a cute read with a lot of fluff and it actually has consent for the most part. There's some plot, but it's not really important or good enough for me to give it 5 stars, but it's a short story. All things considered, it's a nice read if you read it mainly for the romance. Sorry for the bad English and have a nice day.
1 Likes · Like Permalink | Report

Ahhhh Just what I needed right now, something cute, simple and sweet. A perfect read if you're looking to de-stress at the end of the day. The story and sweetness starts right off the bat, sometimes you just don't want 30 chapters of slowburn. Only criticism is that the bedroom scenes are left to the imagination, there are ways to write sensual moments without being explicit, hell I'll be completely satisfied with kissing and foreplay if writtened well. All in all, I'm pretty happy with this novel!
1 Likes · Like Permalink | Report

Cute and quick. They have high trust in each other so the reader won't be tugged around by excessive dog blood.
1 Likes · Like Permalink | Report
Leave a Review (Guidelines)
You must be logged in to rate and post a review. Register an account to get started.

Reborn as a Basic Barista